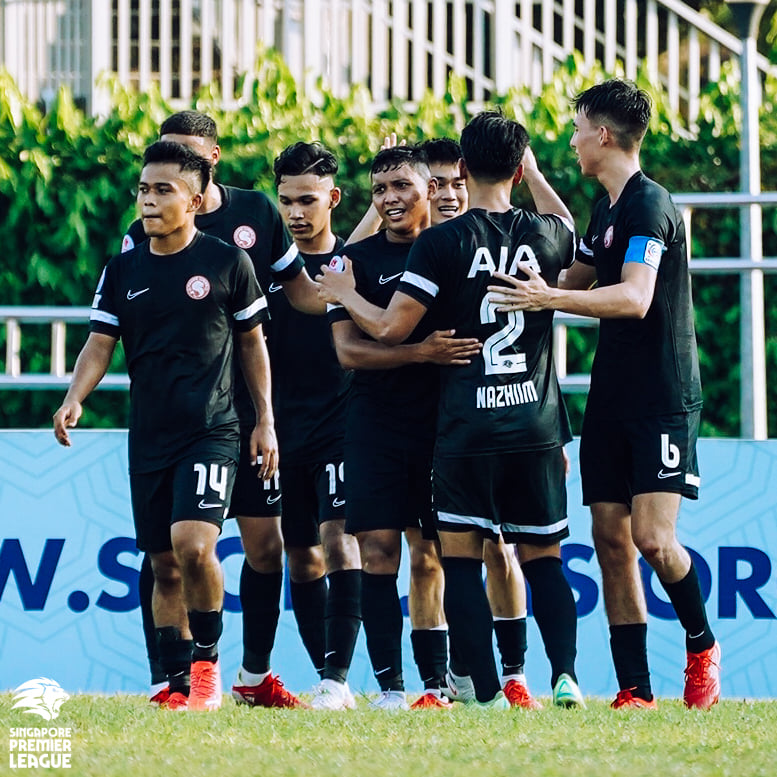 (Photo of the Young Lions : By Football Association of Singapore)

A superb team performance saw the Young Lions (YL) claim their first win of the season, as they overcame Balestier Khalsa FC(BKFC) 3-2 at the Toa Payoh Stadium on Saturday evening (31 July), in Round 13 of the Singapore Premiere League (SPL). 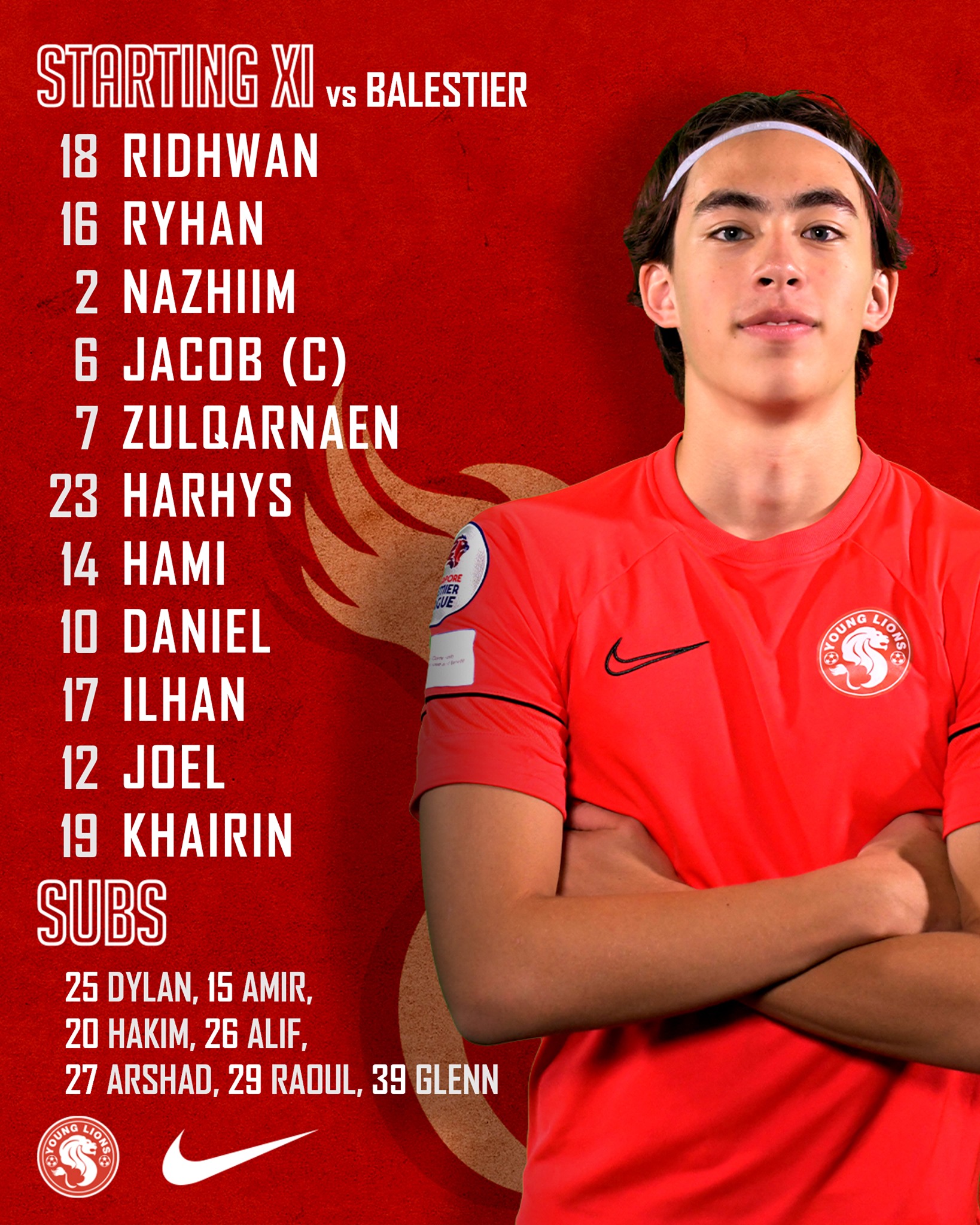 It was a scrappy start for both sides as they found it difficult to string together passes at either end of the park, but as the game progressed, it was the YL who showed more composure.

The visitors kept the pressure on and eventually took the lead from the spot in the 16th minute. Amer Hakeem was penalised for pushing down Ilhan Fandi from behind after the No.17 feigned a cross. Hami Syahin stepped up against Zaiful Nizam and calmly slotted to the bottom left corner. The BKFC custodian managed to get a hand to it, but he couldn’t keep the ball out and 1-0 to the Young Lions.

(Photo of Daniel Goh : By Football Association of Singapore)

Coach Philippe Aw's team kept piling on the pressure, while the Tigers continued to put on a lacklustre showing, and they deservedly doubled their lead in the 35th minute. Ryhan Stewart collected a loose ball after Nizam spilled it, in what was meant to be a routine catch for the goalkeeper. That allowed him to fire a shot, Nizam could only parry it into the path of Daniel Goh, who smashed it home from close range. 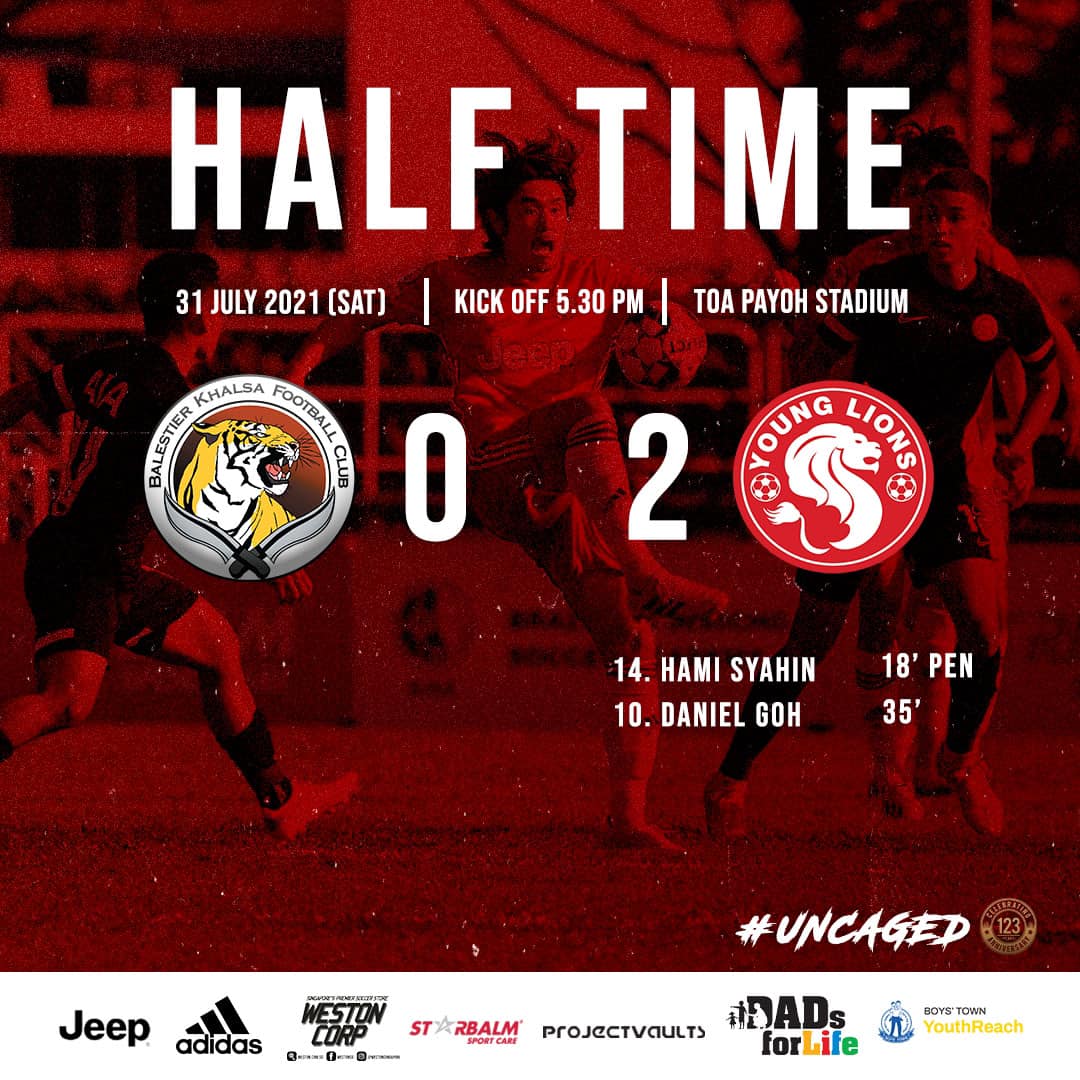 In the early stages of the second half, YL looked like they were going to continue their dominance, but things quickly took a turn for Balestier after they introduced Hazzuwan Halim and Gareth Low at the restart. 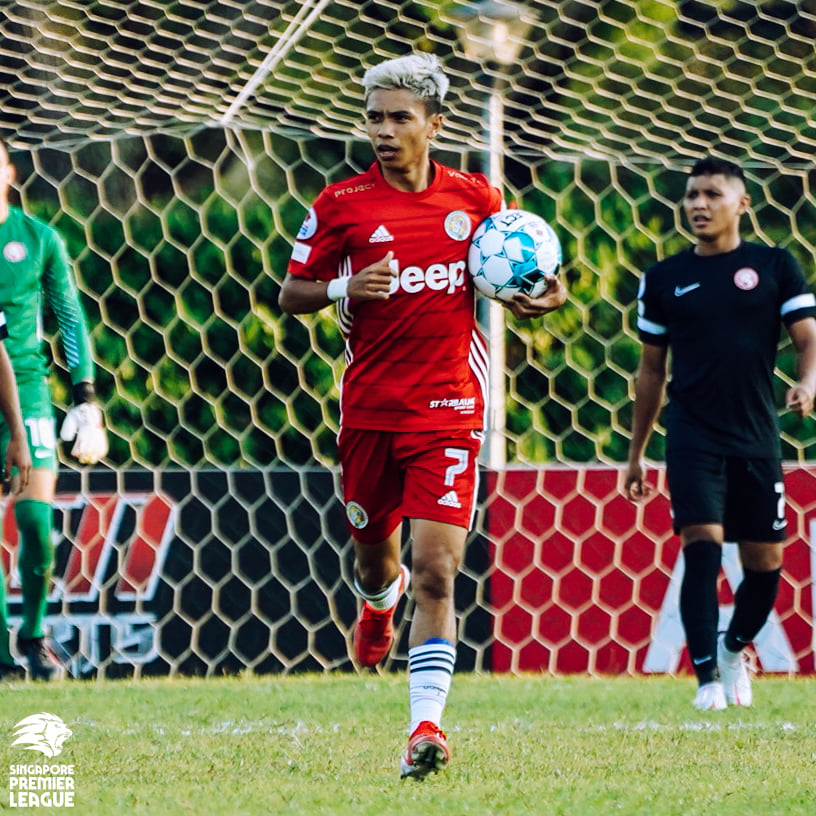 (Photo of Hazzuwan Halim : By Football Association of Singapore)

Adopting quick long passes from the back, it only took 2 minutes for the home side to get back into the game. Against the run of play, Kristijan Krajcek began a blistering run from the left and decided to shoot with loads of power as soon as he entered the box. Ridhwan Fikri palmed the ball onto the post and the rebound fell nicely into the path of Hazzuwan Halim, who nodded into an empty net (2-1).

BKFC continued to put the pressure with their back-to-front tactics, and while they had several opportunities to find the equaliser, the visitors bagged their 3rd goal via Harhys Stewart. Ho Wai Loon made the mistake of holding off his challenge on Hami Syahin who was threatening from the left, allowing him to cross into the box. Harhys latched on to the ball with a first-time effort, to find the back of the net (3-1). 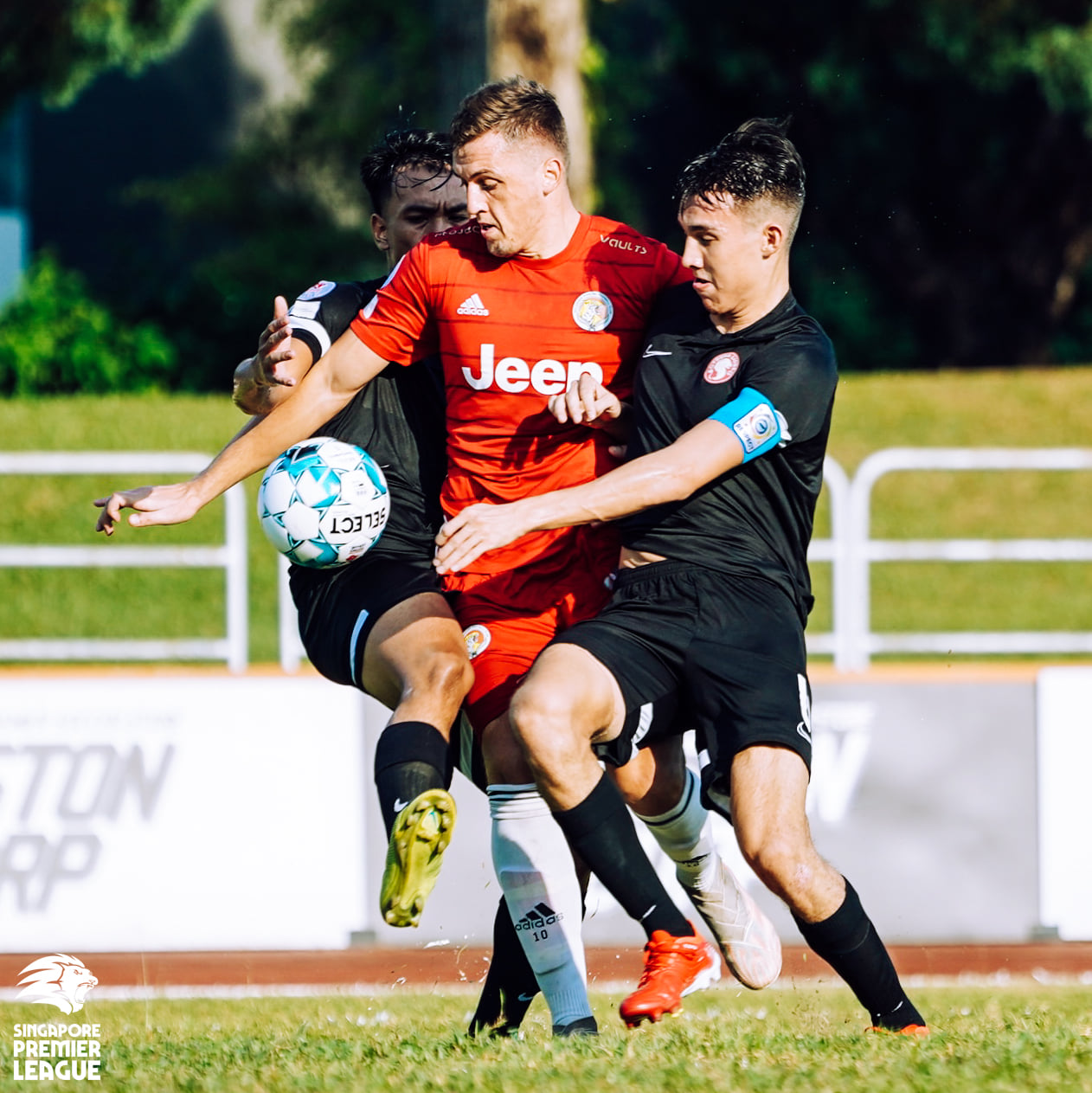 (Photo of Sime Zuzul  : By Football Association of Singapore)

When it looked like it was all over, Sime Žužul managed to break free from his marker to connect with Krajcek’s through ball in the box to slot home in the 89th minute (3-2).And with the goal, Zuzul became the first BKFC player to score in 6 straight league games, since Croatian compatriot Miroslav Krištić did in 2015. In what could have been a 5-star finish for the home side, they unfortunately didn’t have more time to play as the YL claimed their deserved victory. 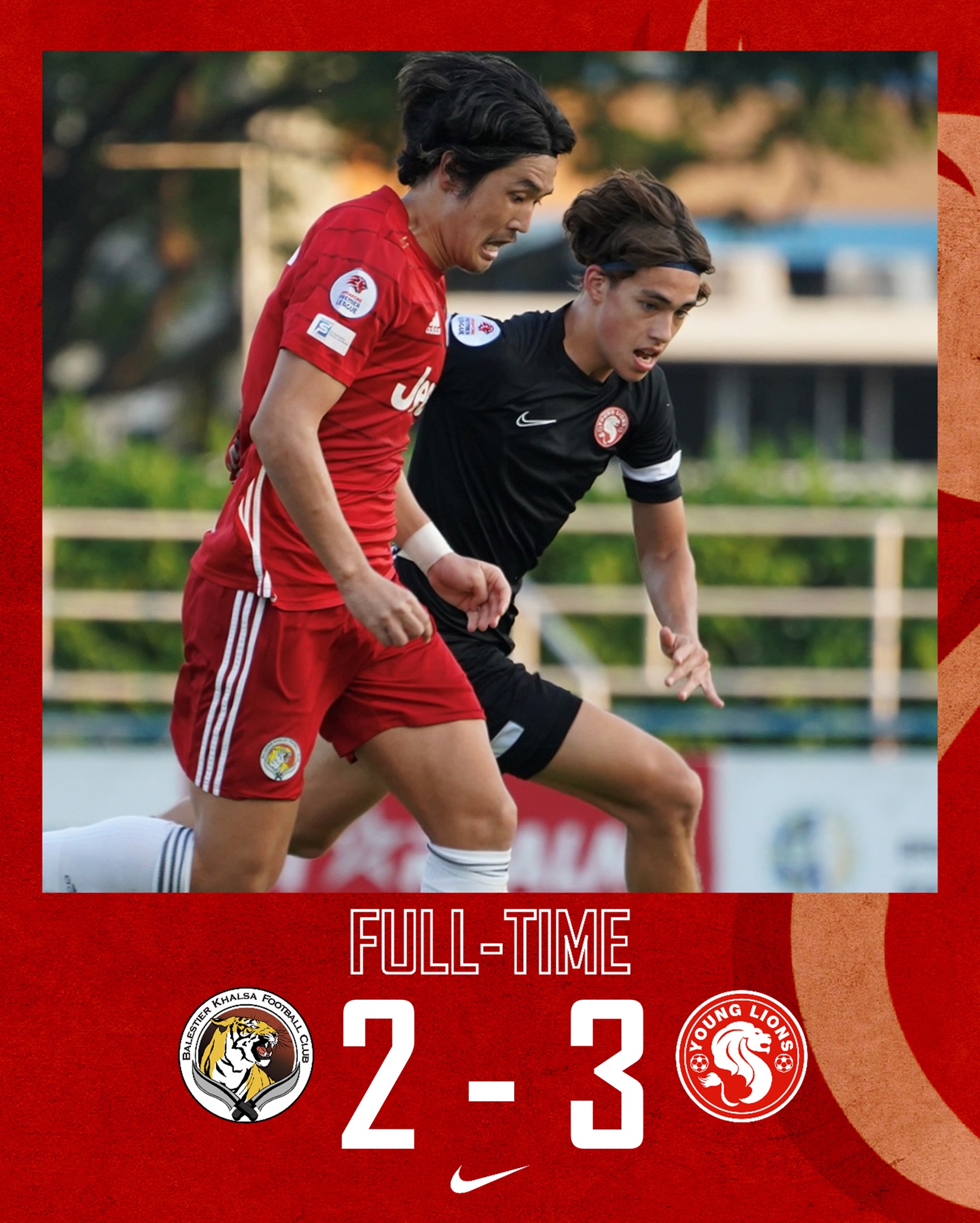 With their maiden win in Season 26, Young Lions still stay rooted to the bottom of the standings with only 7 points from 13 games. And the Tigers are just 2 points above in 7th place. Next up for YL is a home match on 7 Aug against high-flying Hougang United, who just lost 2-1 to league leaders, Albirex Niigata (S). And on 8 Aug,  BKFC will host 2nd-ranked, Lion City Sailors. 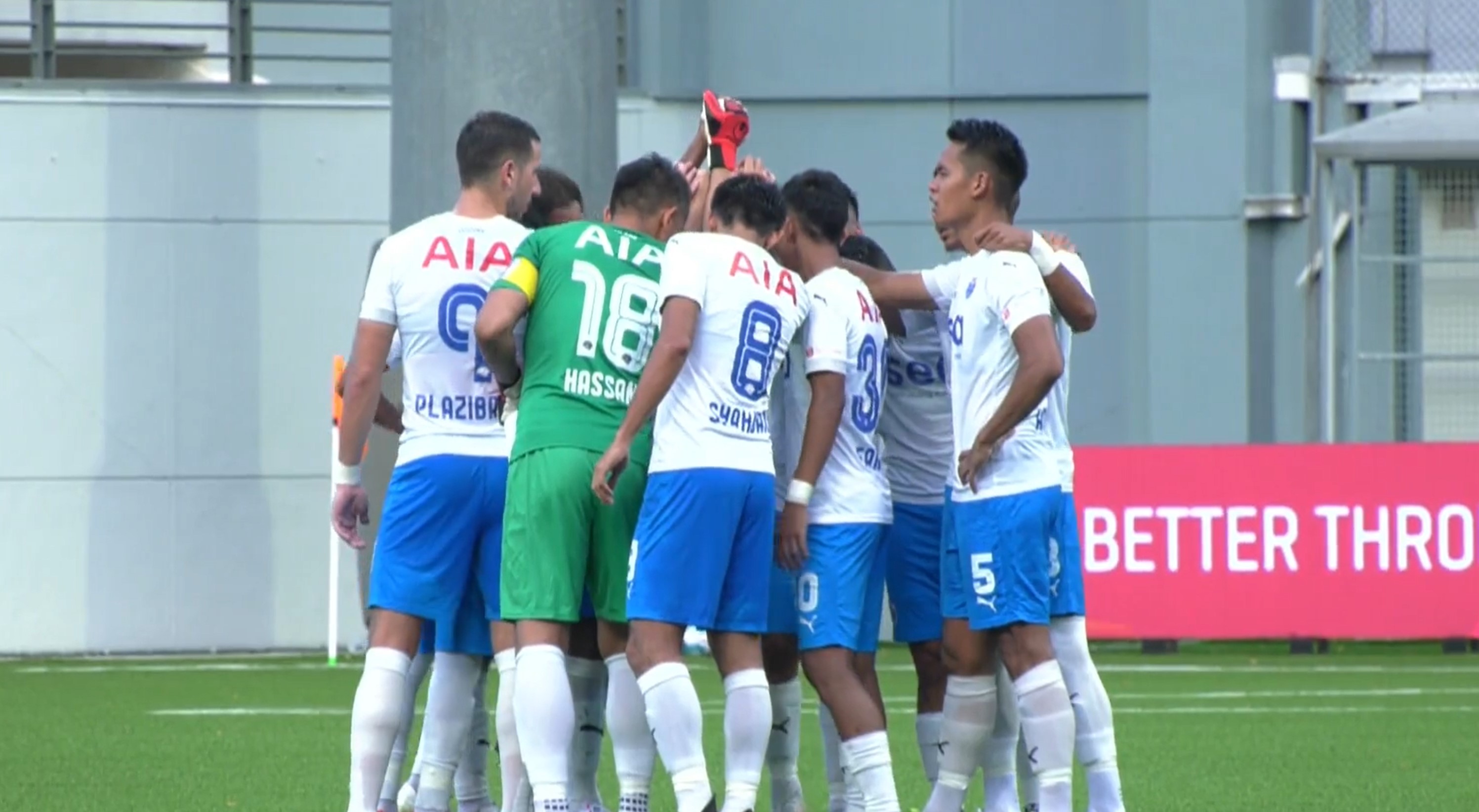 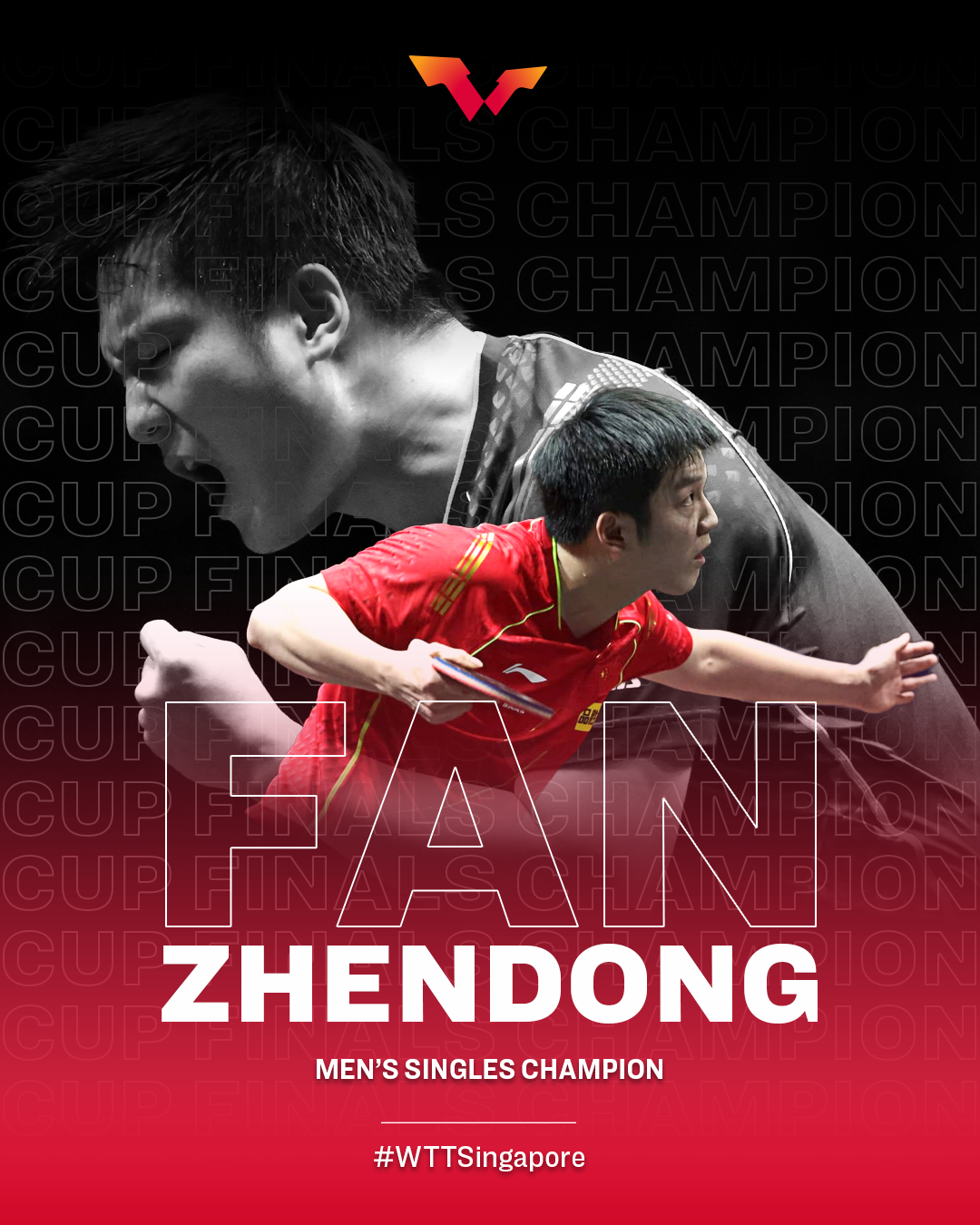