The 3rd doubles quarterfinals took place on Court 1 on Day 4 of the Singapore Tennis Open at the OCBC Arena. And the 3rd seeded British pair of Luke Bambridge and Dominic Inglot faced off against the wildcard duo of James Cerretani and Adil Shamasdin for a spot in the semifinals.

The Brits got off to a perfect start with an ace on the first point of the match from Inglot. They continued strong and held to love quickly to lead 1-0. The American-Canadian duo took it a level higher when Cerretani held to love and fired two aces in the very next game. Another love game by Bambridge gave the 3rd seeds a 2-1 lead. Cerretani then played a superb drop volley in the next game which bounced back into the net, making it impossible to return. Shamasdin continued the love game streak and held his serve with ease. The first point won by the returning duo came in the next game when Inglot hit a double fault after winning the longest rally of the match so far.

Bambridge backed his partner up by finishing points off at the net to lead 3-2. A stunning backhand return winner from Inglot put the wildcard pair under pressure, but some big serving from Cerretani got them to 3-3 and out of trouble. The next 3 games saw both sides hold serve easily to take the score to 5-4 in favour of the Brits. The American got called for a time violation at the start of his service game, but went on to equalize the score at 5-5. On Bambridge’s serve the next game, the 3rd seeds showed their chemistry and communication and played some brilliant doubles to go up 6-5.

At this point, Bambridge and Inglot still boast a 100% of points won behind the first serve heading to the tail end of the first set. Shamasdin served to stay in the set and take the set to a tiebreak with no problems. A missed volley from Cerretani on the second point of the tiebreak gave his opponents the mini break and a 2-0 lead. Inglot then struck a stunning one-handed backhand return winner on the American’s serve for the shot of the match and a 3-0 lead. Despite his opponents getting a mini break back, Bambridge served an ace for 4-1. The British duo stepped up the gear with Inglot poaching a volley and extended the lead to 5-1. Shamasdin hit a backhand return winner of his own at 5-2 before a double fault from Inglot put the tiebreak back on serve. An aggressive return from Bambridge plus an error from Shamasdin ended the set 7-6(4) in favour of the 3rd seeds.

The 2nd set started in similar fashion to the first, with two love games from both sides’ serves. The third game seemed to head in the same direction, before a low return from Bambridge got an error out of his opponent. Cerretani went on to hold serve to lead 2-1. The British duo held a tight service game to level things at 2-2. Shortly after at 2-2 (30-0) Shamasdin showed his delicate touch to flick a backhand passing shot before holding his serve to love yet again. At 3-3, Cerretani served his first double fault to bring the game to 30-30 for the first time in the whole match. Inglot hit his return just wide, narrowly missing a chance for 2 break points before Bambridge missed a passing shot wide as well, giving the North American pair a 4-3 lead.

In the first point of the next game, Cerretani hit a spectacular running passing shot that made him run into the stands. The British pair then found themselves under pressure at 30-30 as well, but managed the hold for 4-4. Shamasdin maintained his composure to win his serve despite facing 30-30 on his serve, bringing the score to 5-4. In the 4th 30-30 game in a row, an ace from Inglot and a winner down the middle from Shamasdin brought up the first 40-40 game, and a set point for the wildcard pair. A big serve down the T from Inglot, got them out of trouble and put things at 5-5.

Cerretani produced a timely second serve ace to prevent the Brits from getting 3 break points and held to edge ahead 6-5. Bambridge followed in the American’s footsteps and took the match to a second set tiebreak. The first few points of the tiebreak then saw both pairs use their serves to get cheap points, before a double fault from Cerretani put the 3rd seeds 3-1 ahead. Inglot hit a wonderful return and produced a lovely drop volley successively to lead 5-1. The British duo did not look back and finished the tiebreak 7-1 with a volley winner from Inglot.

After 2 high quality sets of tennis played with little that separated both sides, it was the number 3 seeds who came out on top with a 7-6(4) 7-6(1) win over the American-Canadian duo. And Bambridge and Inglot move on to play against the top seeds, Vliegen and Gillé for a spot in this Sunday's grand final.

**In case you missed this exciting match, we've got you covered! Just click HERE to watch the full match (Luke Bambridge and Dominic Inglot vs James Cerretani & Adil Shamasdin) 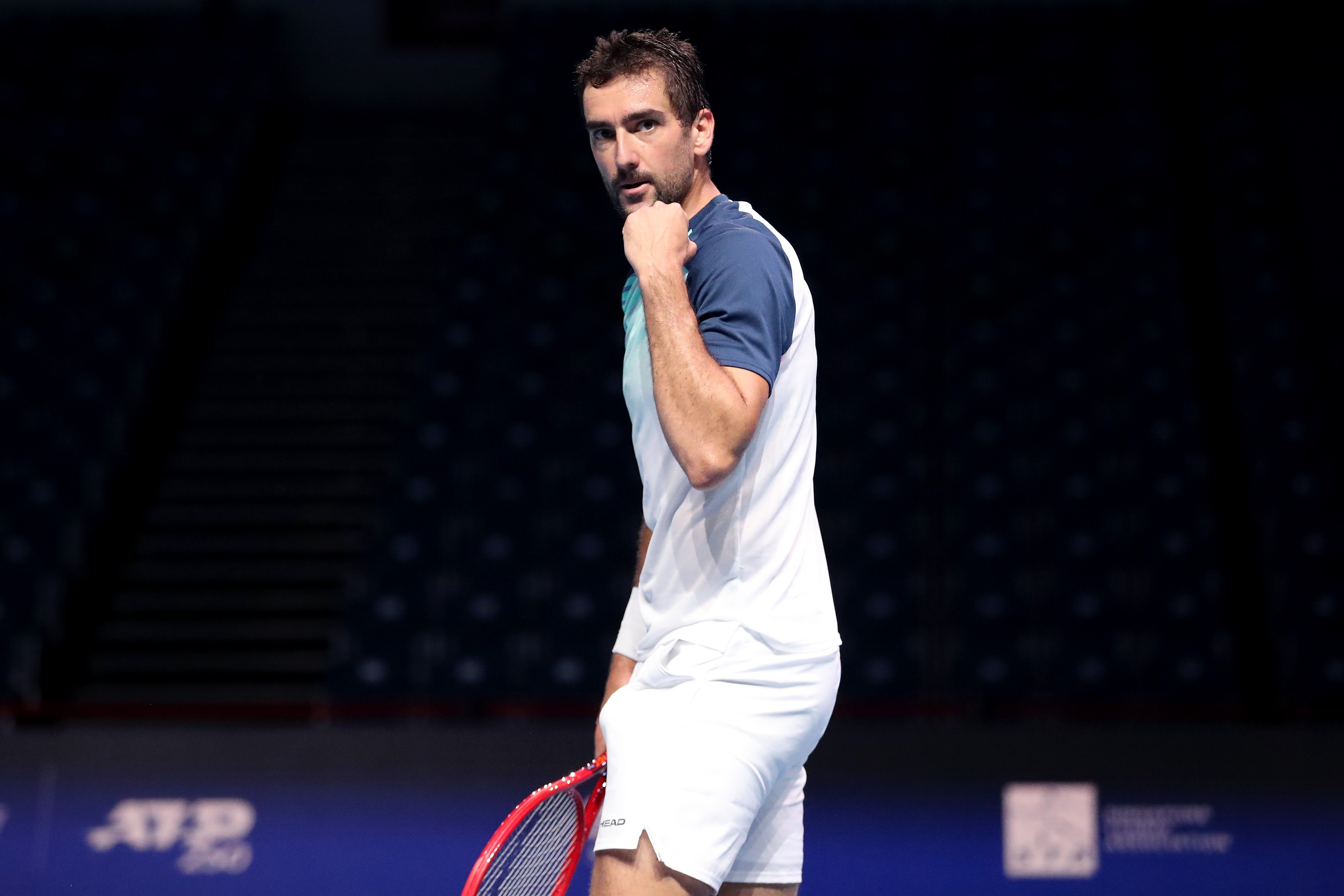