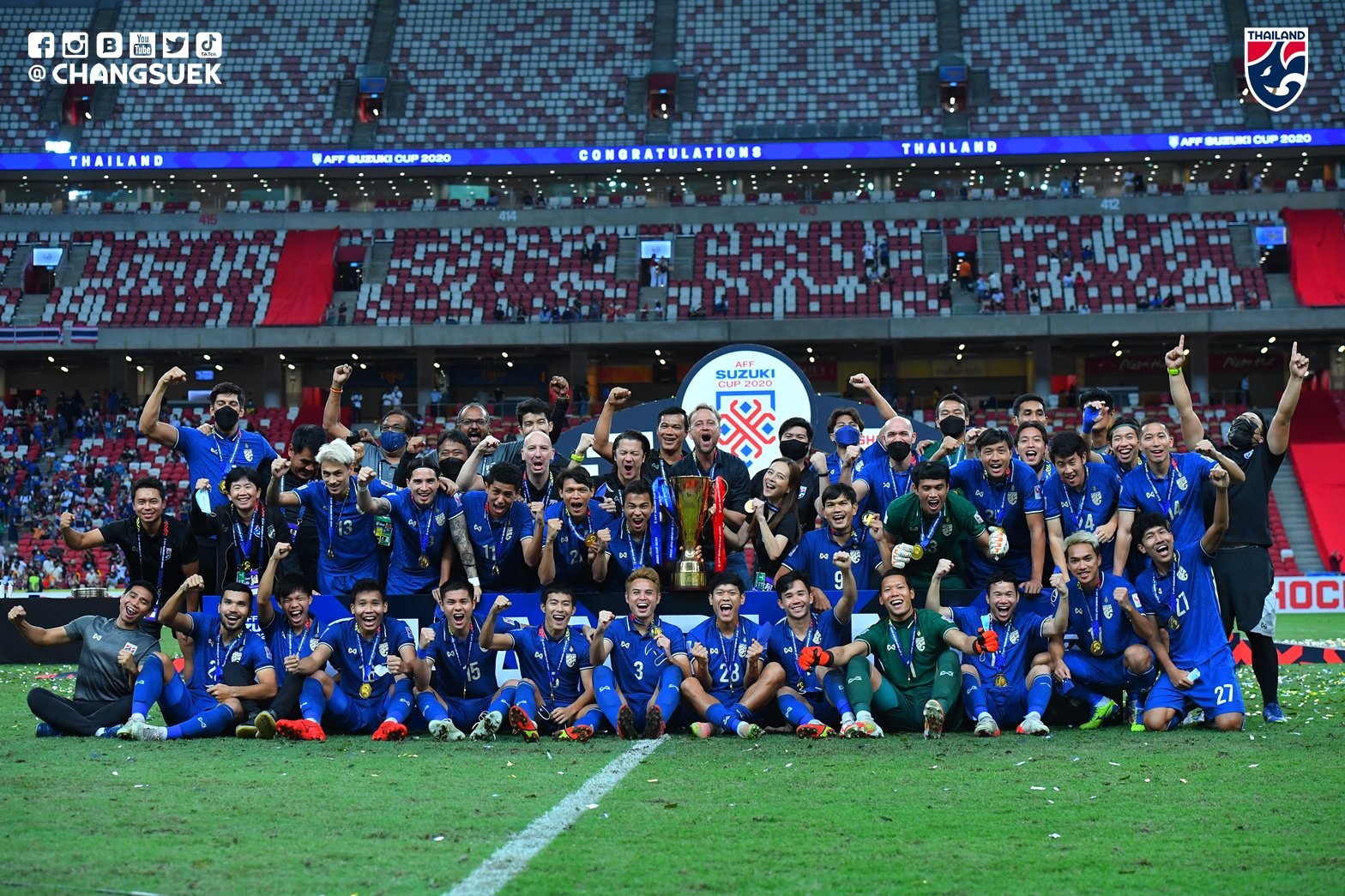 Thailand and Indonesia drew 2-2 in the 2020 AFF Suzuki Cup second leg Final (1st Jan 2022) at the National Stadium on Saturday evening, And that result saw the War Elephants claim their record 6th triumph in this tournament with an aggregate score of 6-2.

Thailand's head coach Alexandré Pölking’s men had already recorded an emphatic 4-0 win in the first leg with their prolific style of play,  capturing the imagination of their fans. And with a comfortable lead, the Thais had the liberty of making a total of 5 changes to their starting lineup that overcame the Garuda just 3 days ago.

Indonesia on the other hand - having failed to win the AFF Suzuki Cup despite making it to the final 5 times in the last 23 years - had to make 3 changes to their first-11, on top of the fact that 4 of their players had to be left out after they'd broken Covid-19 protocols. 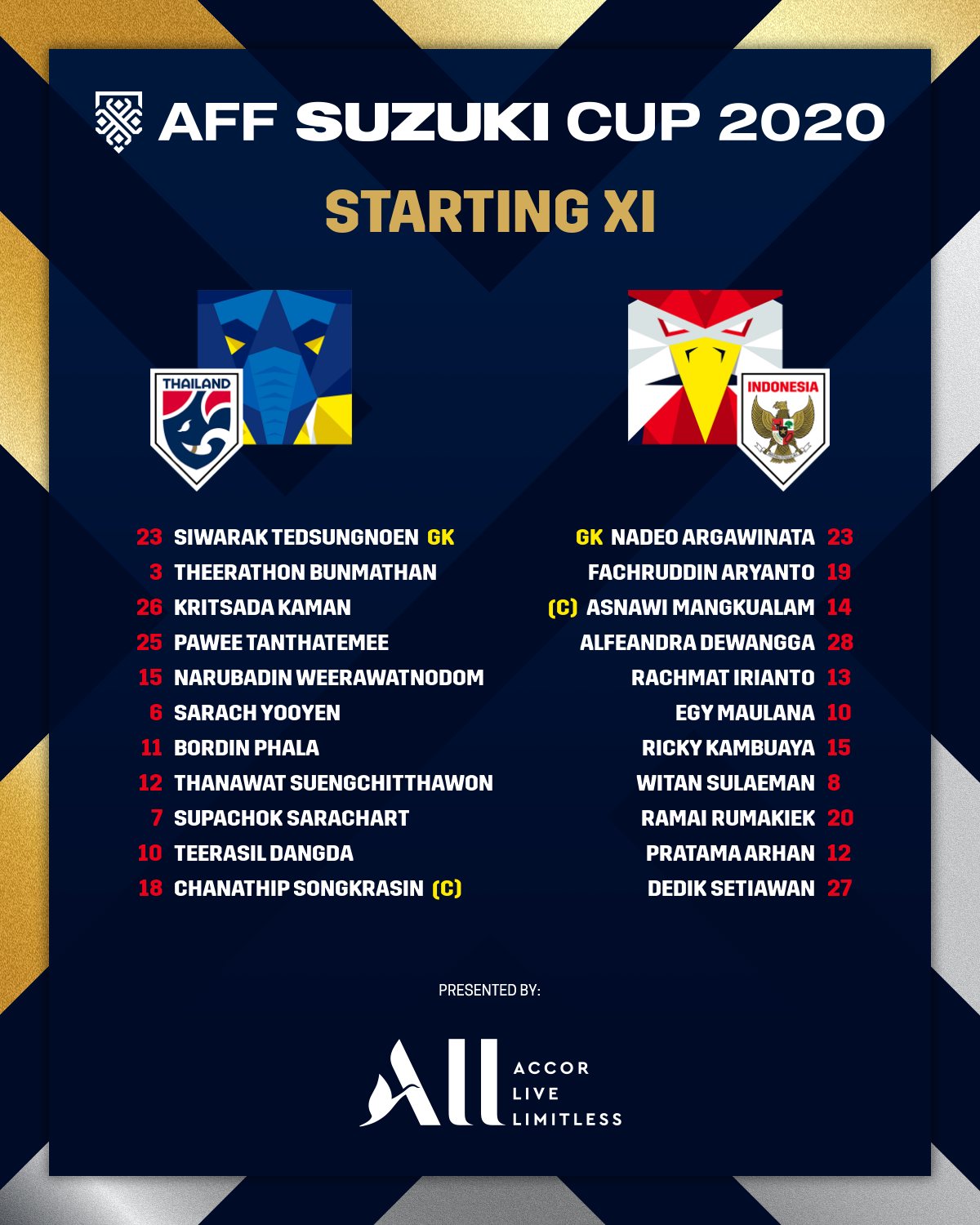 As the underdogs in this tie, Coach Shin Tae-yong could only dream of repeating his counterpart’s antics in the 2016 edition of the tournament. Back then, Thailand were the only team to have won the grand final after going down in the first leg. In Jakarta, the Thais lost 2-1 down in the opening leg against Indonesia. But the War Elephants came back with a 2-0 victory in the return leg in Bangkok, to win 3-2 overall. 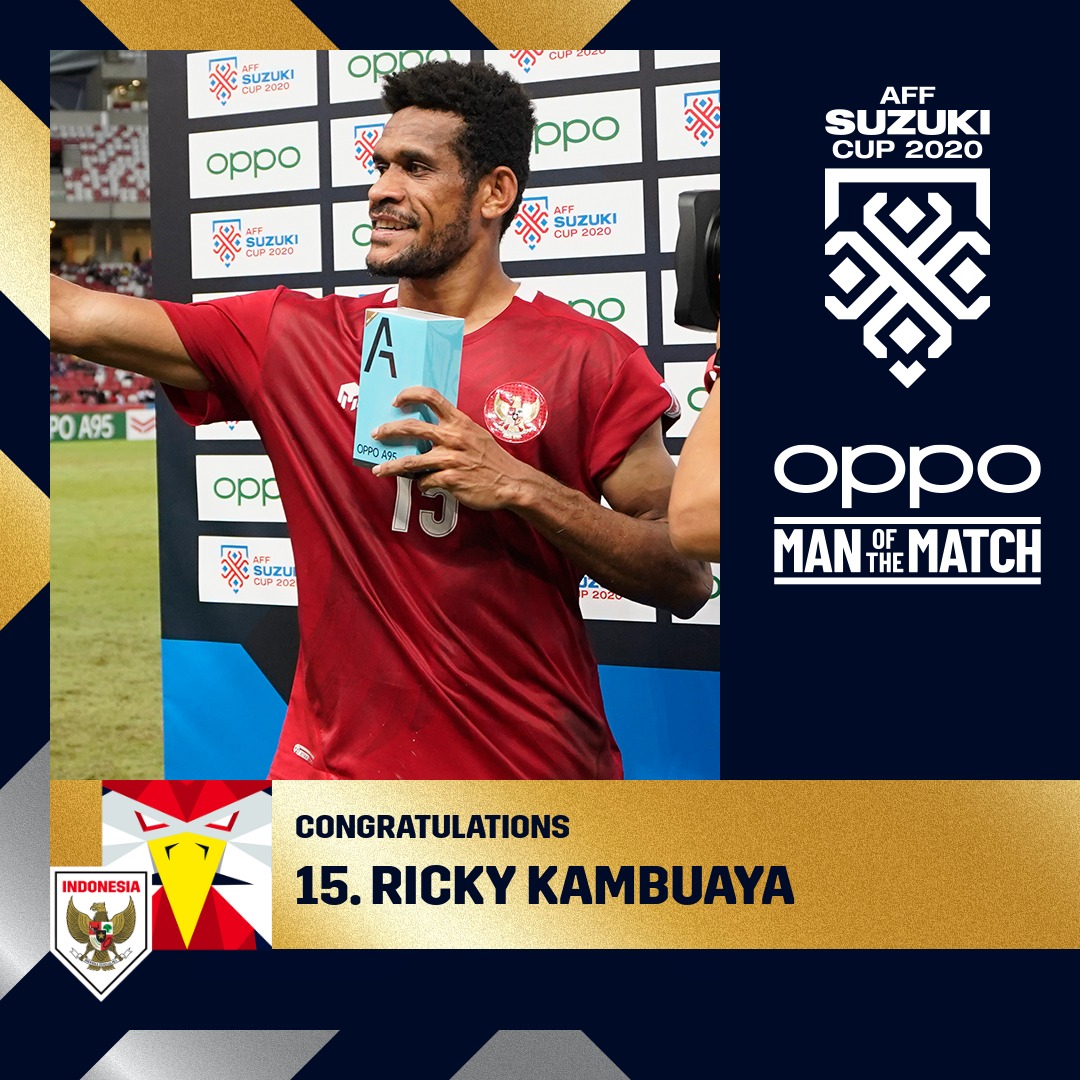 From the first whistle, Indonesia had to go at Thailand with "all guns blazing" and as such, they didn’t take long to score the first goal of the evening. 7 minutes in, Ricky Kambuaya broke the deadlock albeit with some luck. Ramai Rumakiek did well to beat his marker on the left-hand side using pace before passing the ball to Witan Sulaeman, who then laid it off to Ricky at the top of the box. The Persebaya Surabaya FC man smashed his shot through a sea of legs. Thai custodian Siwarak Tedsungnoen got his hands to the ball, but it fumbled off his palms before rolling into the net. 1-0 to the Garuda! 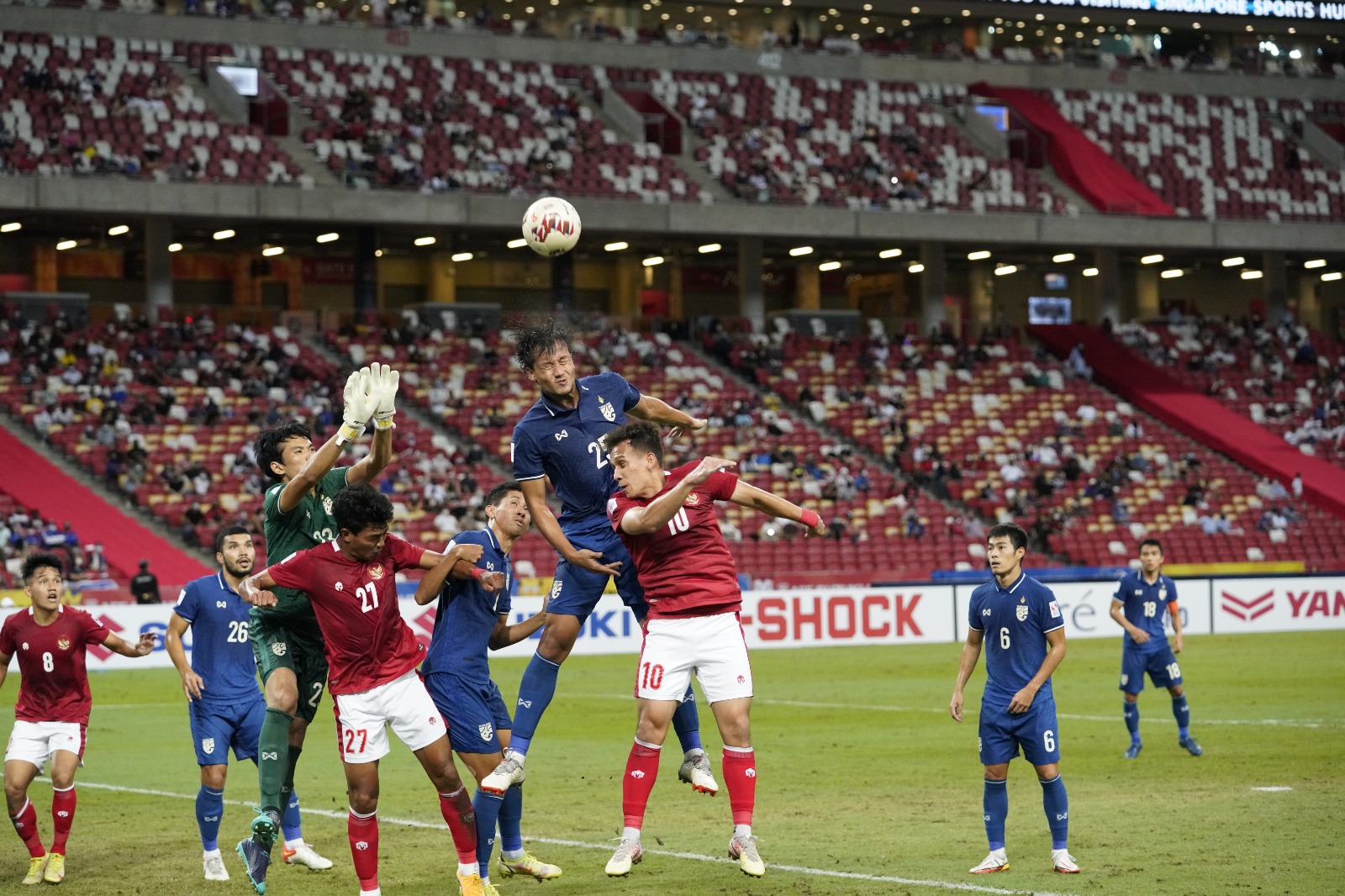 Despite the setback, Thailand looked like they were going to resume business as usual. They were denied at every instance and almost scored 5 minutes later via Supachok Sarachat, who was only denied by the crossbar.

The full-blooded affair was championed by the Indonesians as they pressed on the reduce their deficit further – leaving Thailand in sixes and sevens. Even Siwarak appeared to be shaken in between the posts, which was somewhat uncharacteristic for a goalkeeper of his pedigree. Thai skipper Chanathip Songkrasin too, was unable to conjure up some magic of his own. 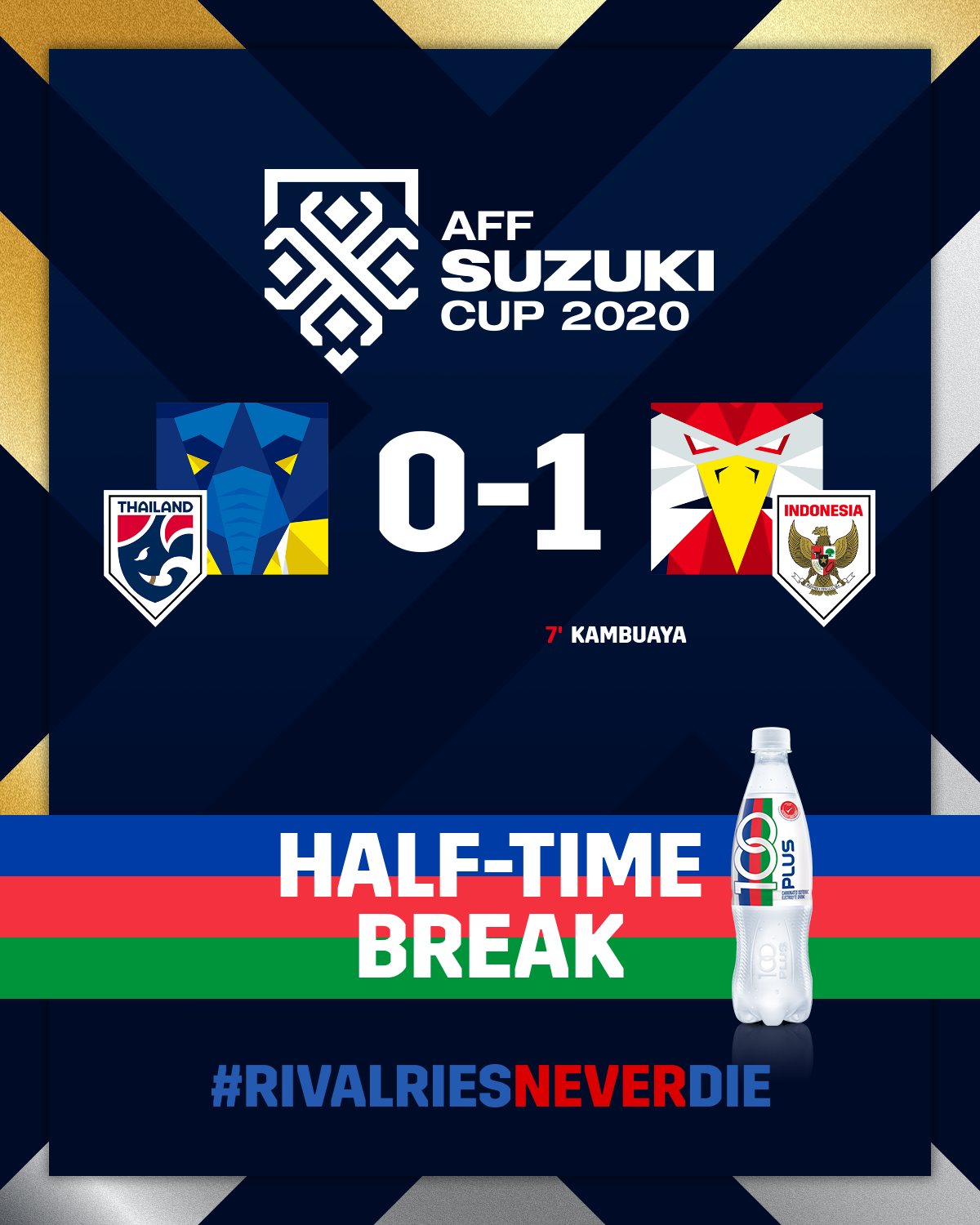 The War Elephants managed to survive the first half and returning after the break, they made 3 changes which resulted in the Thais regaining composure and more possession of the ball – raking up more attacks and pushing Indonesia back. 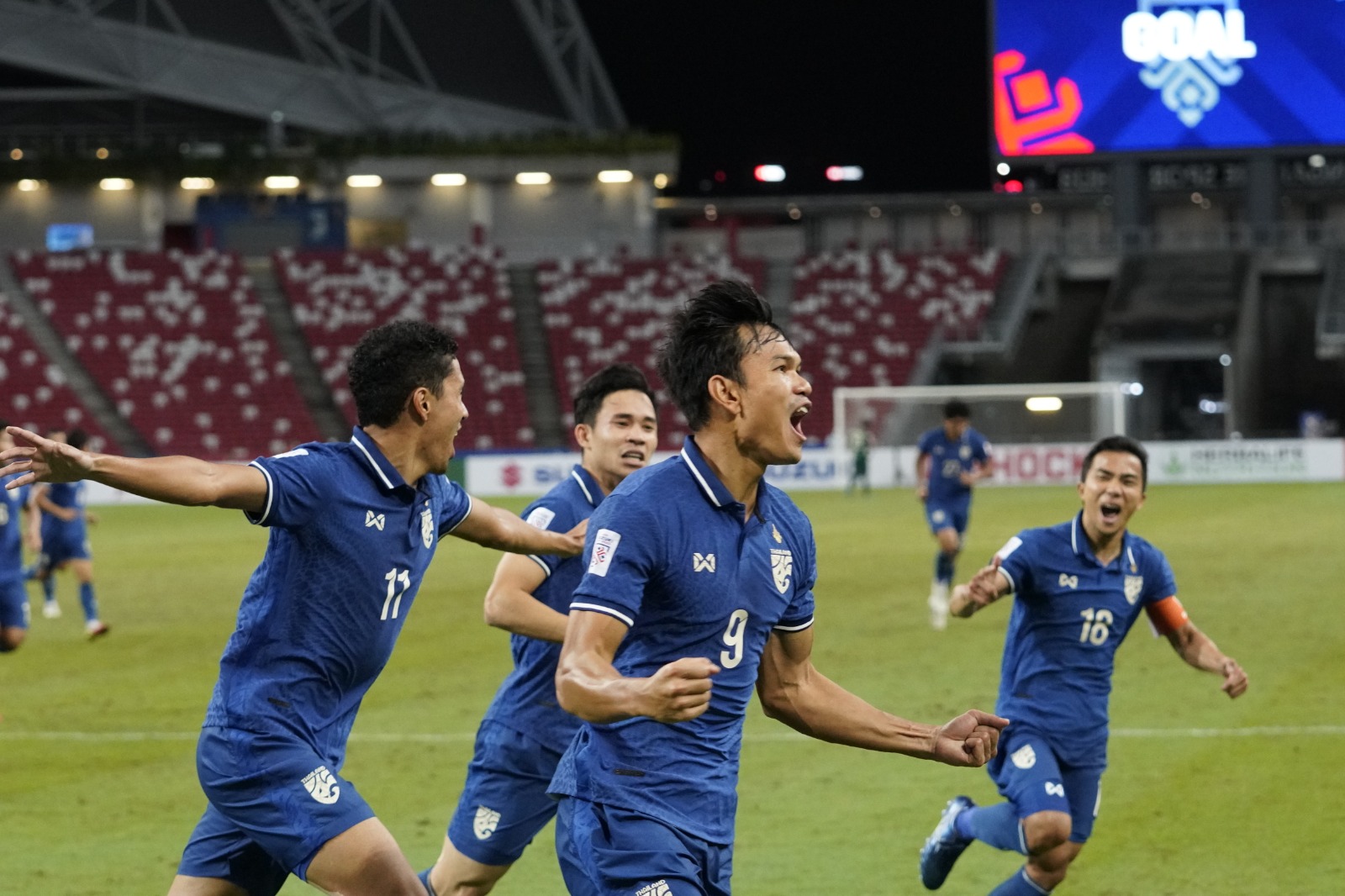 9 minutes into the second half, substitute Adisak Kraisorn equalised. Chanatip fought well to win the ball back in the final third and laid it off to Bordin Phala to shoot. Indonesia's goalkeeper Nadeo Argawinata parried the ball with his left hand. But the rebound fell to Adisak, who did well to wrap his boot around the ball to smash it home for his first goal of the tournament. 1-1!

Things got worse for Indonesia 2 minutes later. After a scramble inside the penalty area, Supachok’s pass found Sarach Yooyen outside the box. The BG Pathum United playmaker unleashed a shot from outside the box and while it looked like Nadeo had it covered, Asnawi Mangkualam’s interference redirected the ball into the net. 2-1 to Thailand! 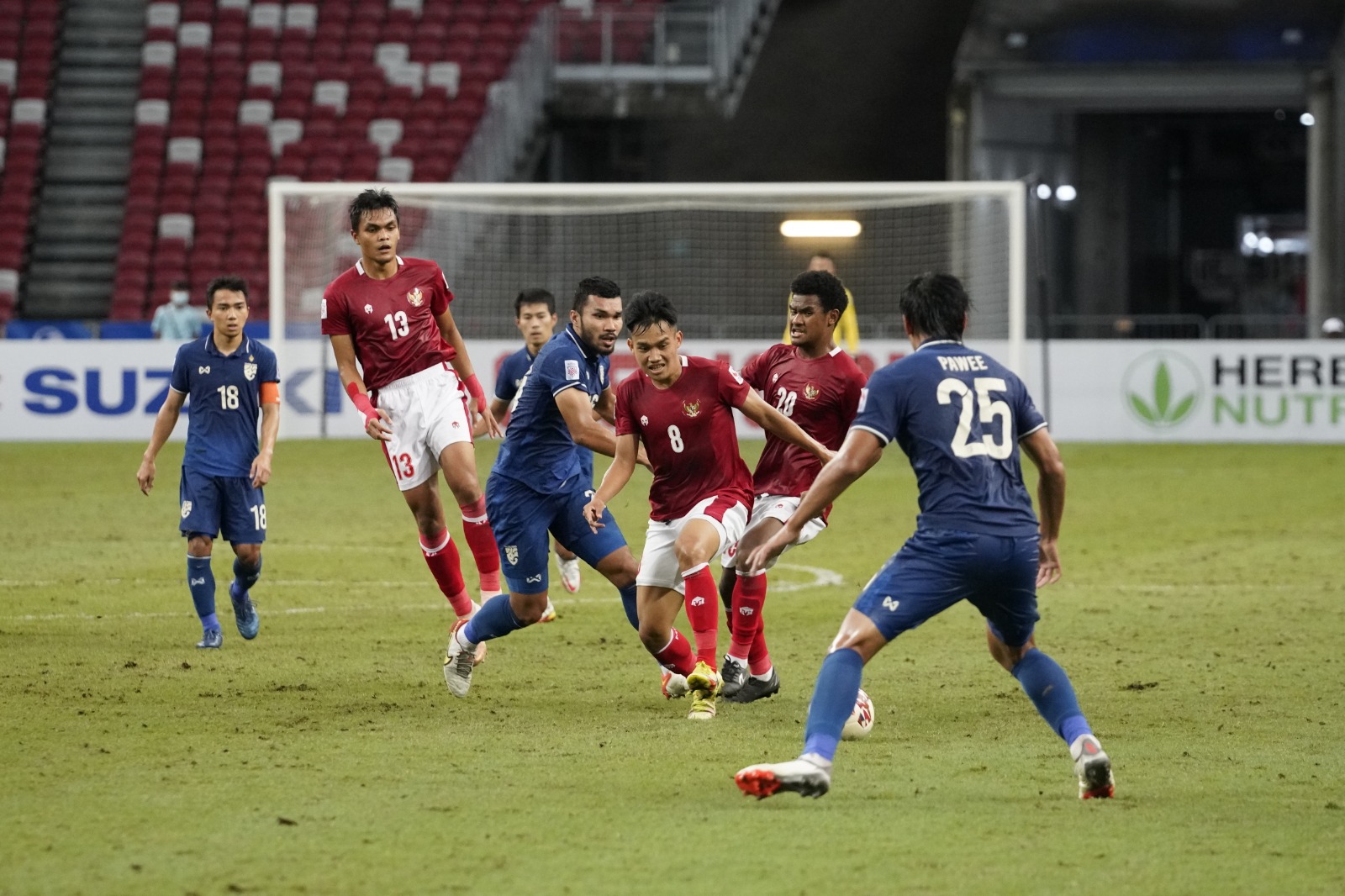 At this point, Korean coach Shin Tae-yong made a double substitution to introduce a semblance of hope for his side. However, in terms of creating chances, the Garuda produced nothing until the 80th minute. With so much pressure from the now-confident Thais, the underdogs managed to slip past the opposition defence with a deft through ball over the top from Witan. Egy Maulana latched onto the pass at a wide angle to place his shot into the bottom right corner – both his marker and the goalkeeper could have done better to keep it out. 2-2!

With the scores level, Indonesia were still losing out in terms of possession in the last 10 minutes and while they had a penalty claim in stoppage time, there was nothing they could do to find the winner, let alone win the final. 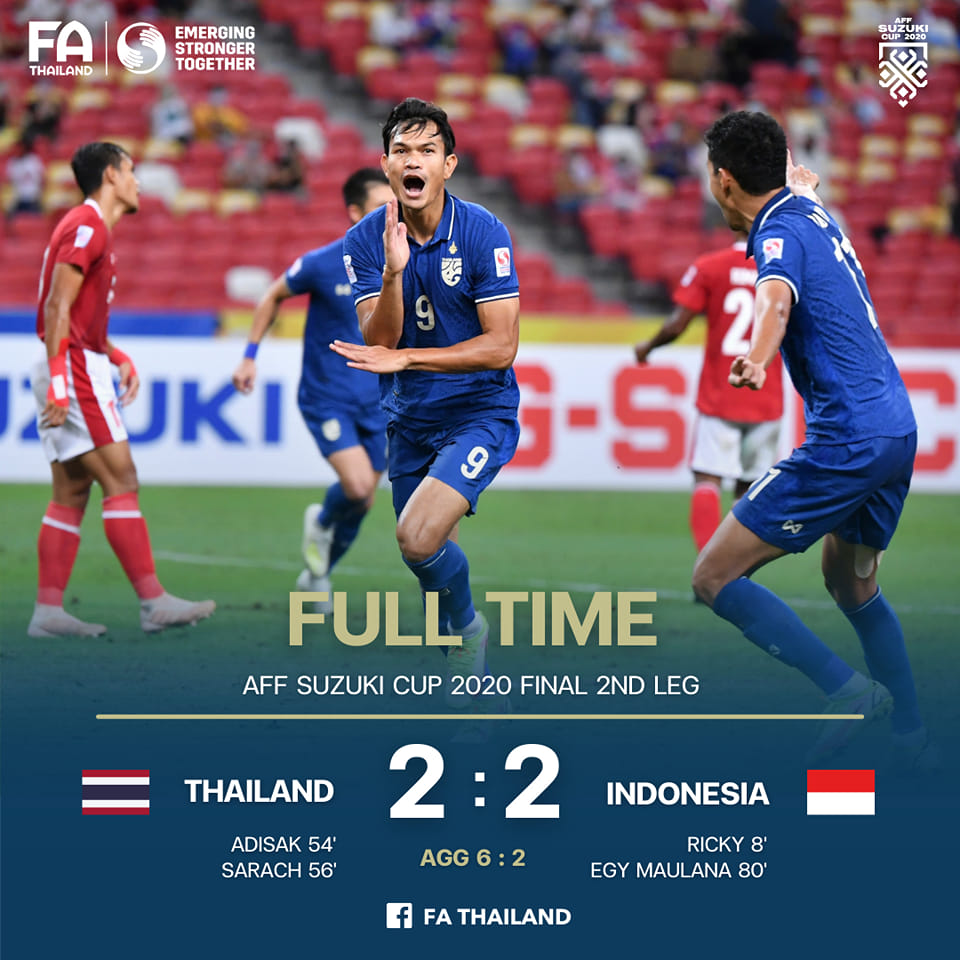 With the 2-2 draw, Thailand won their 6th AFF Suzuki Cup trophy, while Indonesia have lost as many finals in the same tournament. Chanantip was named the tournament’s Most Valuable player, as well as the joint top-scorer alongside Teerasil Dangda; And Ricky Kambuaya was named, Man of the Match. Meanwhile, the 2022 Suzuki Cup trophy is expected to take place in 11 months! 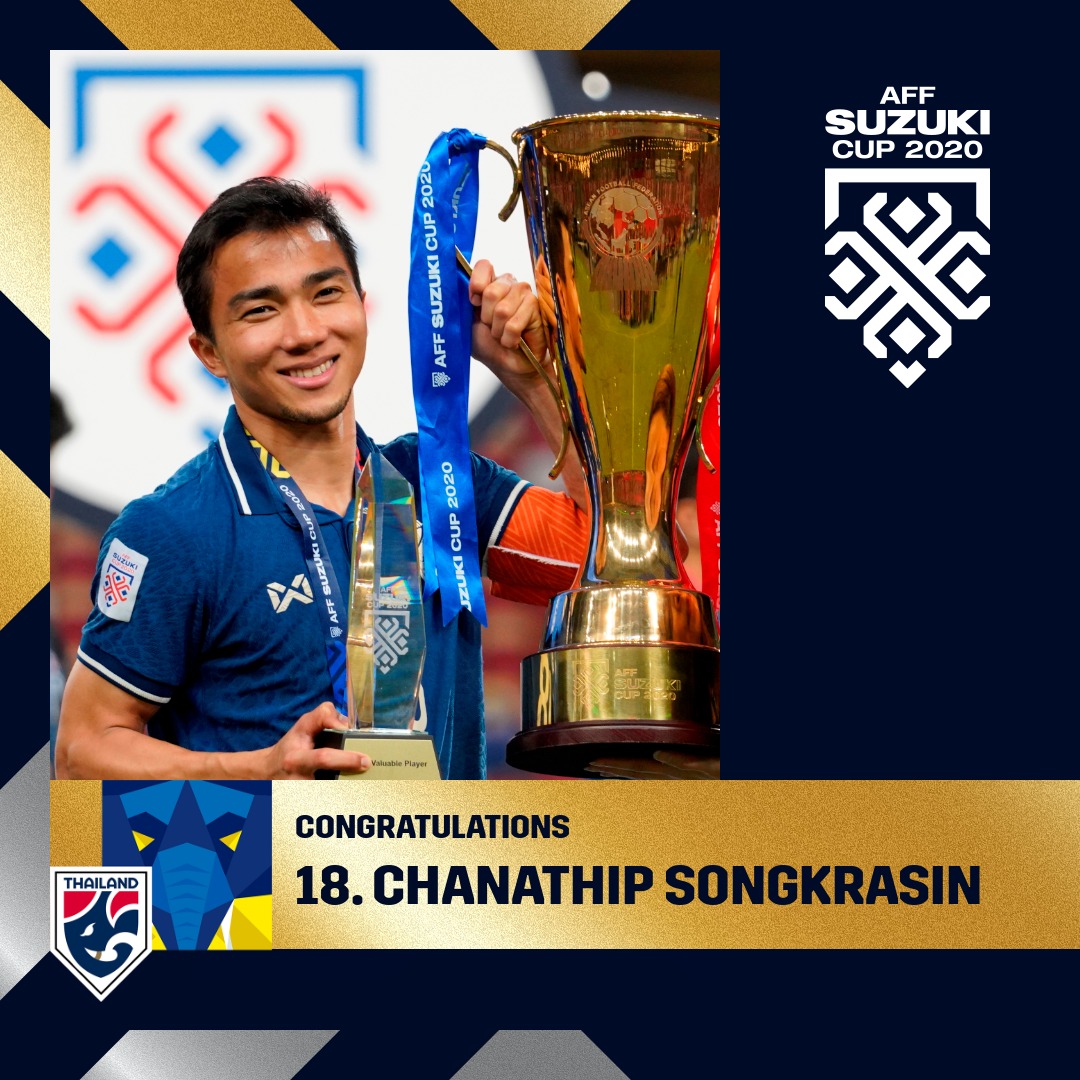 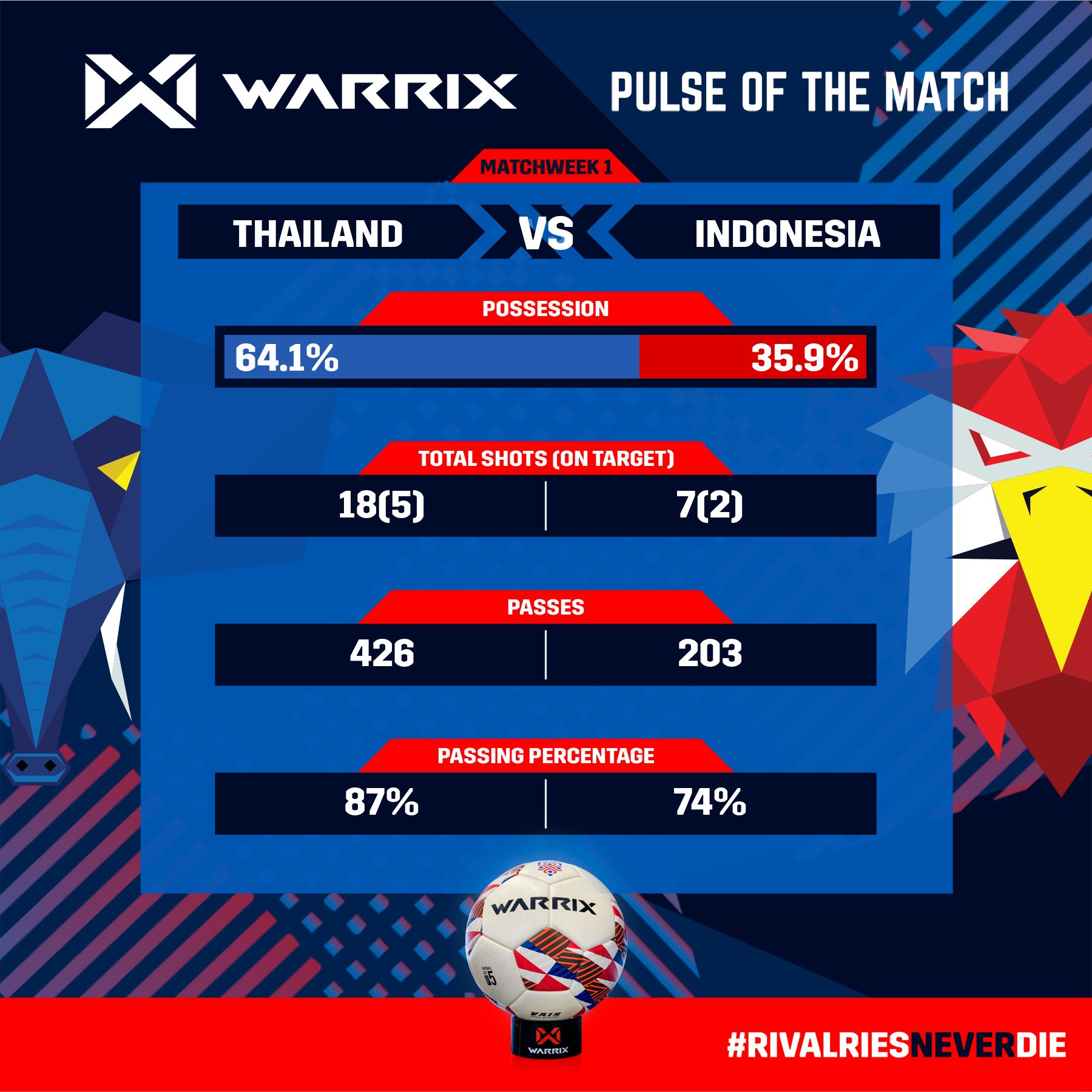 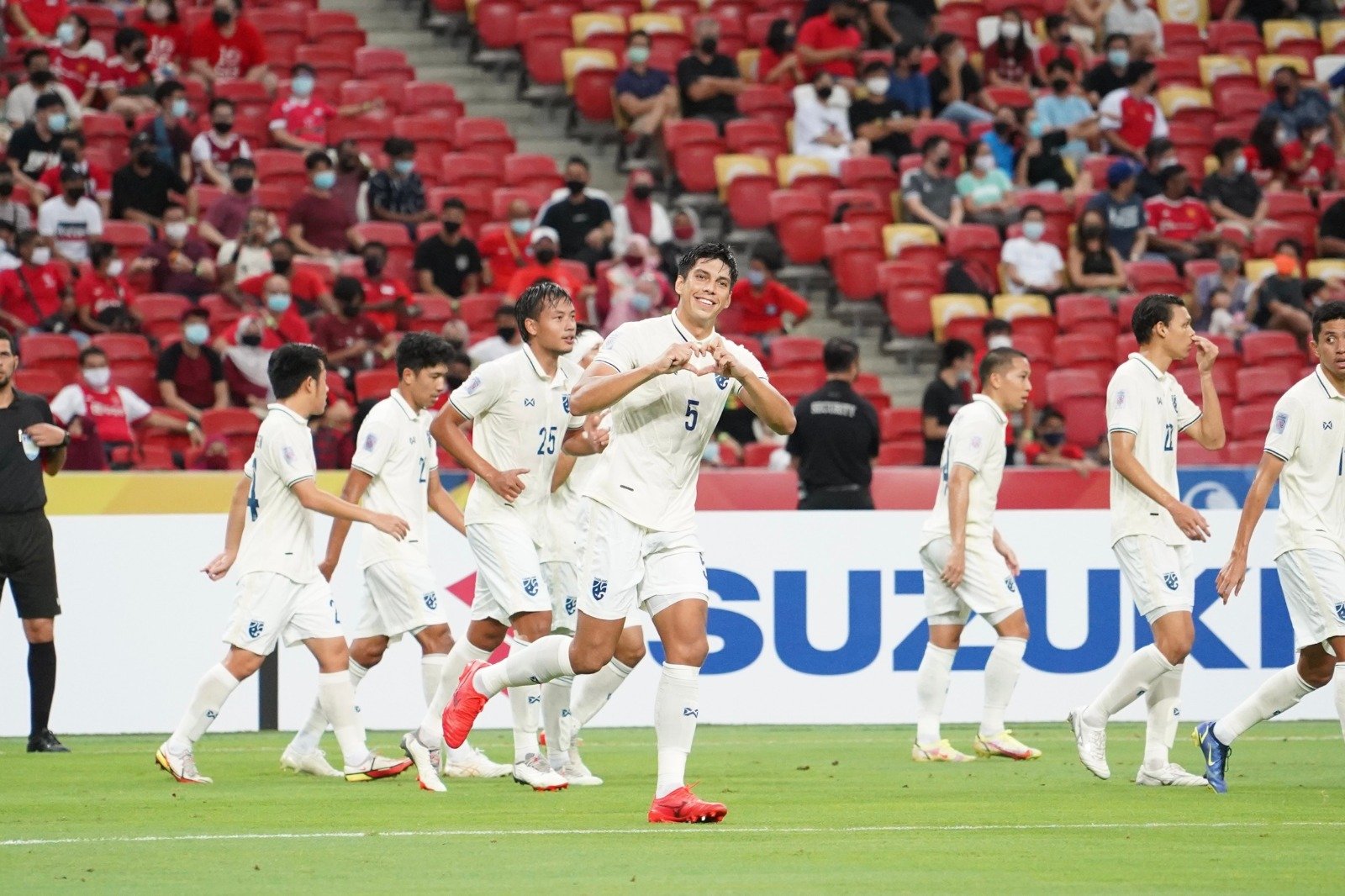 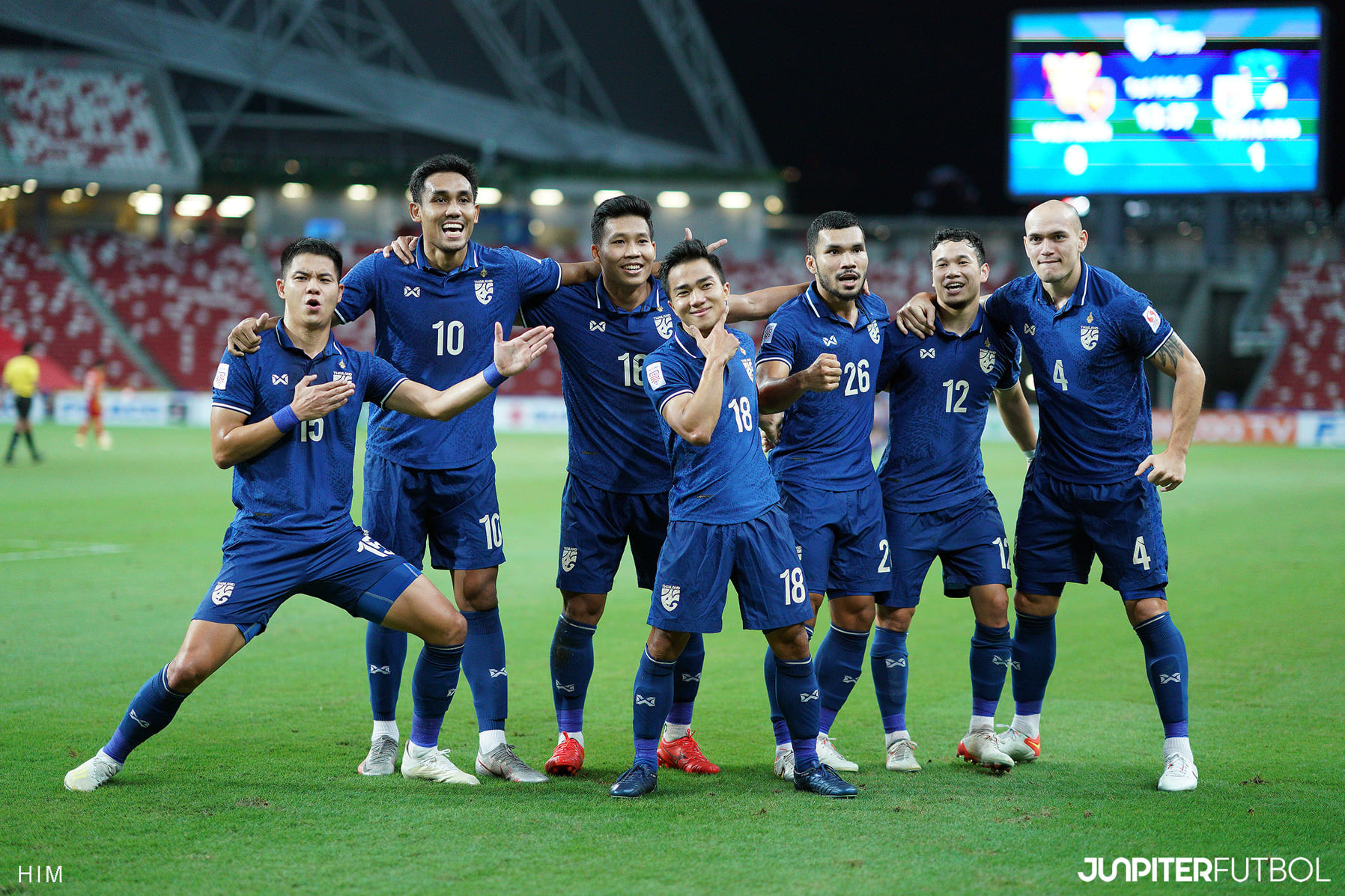