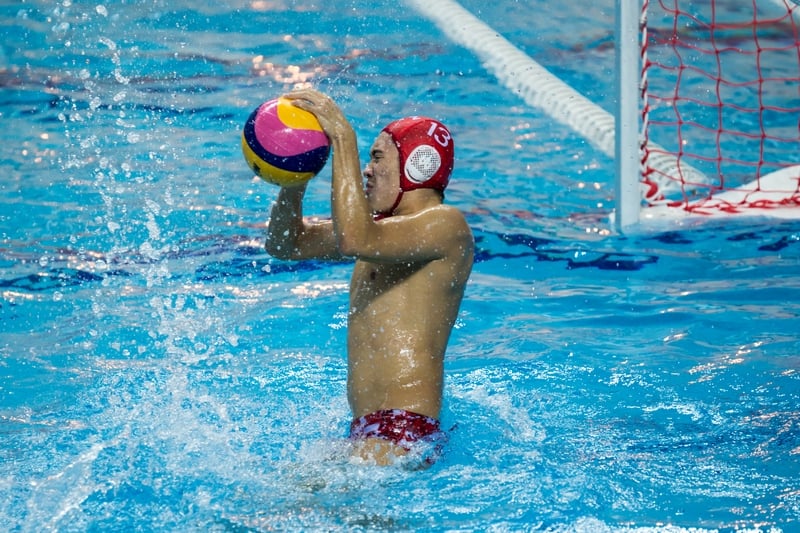 The best offence is a good defence, that’s what they say. With each period in a water polo game  only lasting eight minutes, a split-second lapse in defence could gift your opponent a goal.

Offensive players hold defensive positions as well. For instance, the center, typically involved in the offense, becomes what is known as a Hole-D when defending.

There are only two players with defensive positions, while other players defend in general and do not have specific positions.

Although the goalkeeper does not exert himself in the same way as his teammates due to his position near the goal, the importance of this player is vital to the outcome of the game. This player is exempted from certain rules, and is the only player allowed to touch the ball with both hands, stand on the pool floor and  to punch the ball with a clenched fist.

The goalkeeper has to keep his eyes trained on the game at all times, and must react promptly when the ball is near the goal. Another important tactic that the goalkeeper must use is to act as the eyes of the entire team and inform his teammates of any weakness in their defence  or strength of the opponent's’ offence. Since this player has a complete view of the entire game, he is able to see things happening  that other players might miss. He should shout and inform his teammates, so that their defensive strategy can be altered accordingly.

The Hole-D (short for Hole Defence) is also the position played by the Center. The Hole-D is the only player besides the goalkeeper to have most access to the goal, and as such is normally the second-last line of defence.

Other team members, although lacking official defensive positions, also play a large part in helping defend against their opponent’s attacks. The Point, Driver and Perimeter Players are all part of the team’s defence, in addition to their offensive positions.

On the other hand, players have to be sure to defend against the Drivers of the opposing team, as these players are normally the fastest swimmers and are responsible for passing to the Center or even shooting on goal themselves. Another player to defend against will be the Center, who is most likely to score the highest number of goals during a match.