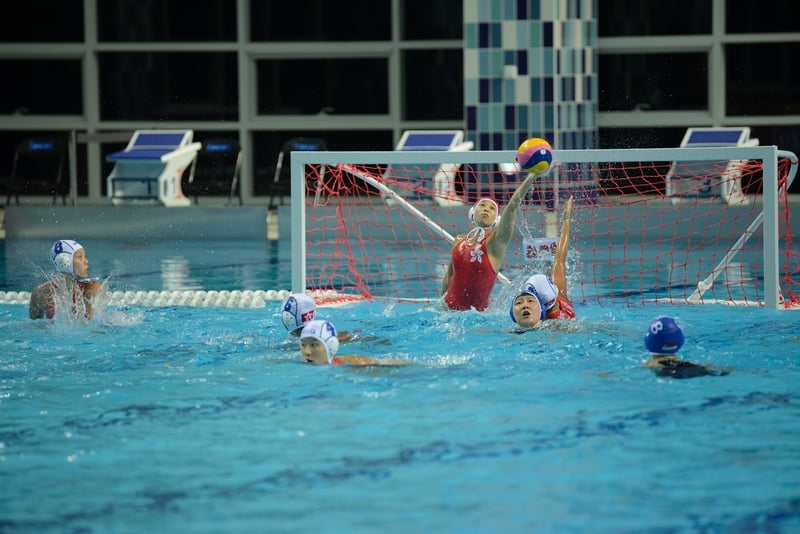 There are several offensive positions in a game of water polo. The positions are: one Center, two Wings, two Drivers, and one Point.

Each player has a specific location in the playing area, and the most commonly used formation is that of a triangle. The location of the players remains largely the same throughout most of the game, and players rarely shift far from their positions.

The center is one of the most important positions in the game, as they are located nearest to the opponents’ goal. This player is always within two meters from the goal, and is normally the player who takes shots. Teammates should pass the ball to this player via a wet pass and the center will attempt to score the goal.

The two wings are players located at either side of the middle of the playing area. Due to their proximity to goal, the wings are in the perfect position to recover rebounds (a failed shot, leading to an unguarded ball in the water) and launch an offensive attempt against the other team.

The wings should also aim to set a screen for the driverand other teammates who are receiving or in possession of the ball. This means to intentionally delay or block the opposing defender so as to allow his teammate to swim by.

The point is exactly as his name suggests - he is the point of the triangle formation. The player furthest away from the middle of the goal. This player is often the one who facilitates most of the passes and throws, in order to move the ball across the pool and towards his teammates. The position of the Point makes it easy for him to communicate to almost every single one of his teammates and can hence organise the offensive strategy better.

Both wet and dry passes should be used by the point as he is in a central position, but wet passes should only be used when his teammate is being closely guarded by an opposing defender.

This position is usually played by two of the five perimeter players. These players specialise in eluding their defenders and passing the ball to the center or taking a shot at the goal. The fastest swimmer should be designated the driver as this player is also the one who swims the most.

The driver should be the player who leads the offence, along with the center. While drivers can also defend against opponents, their main focus should be to score in order to boost the team’s offensive game. 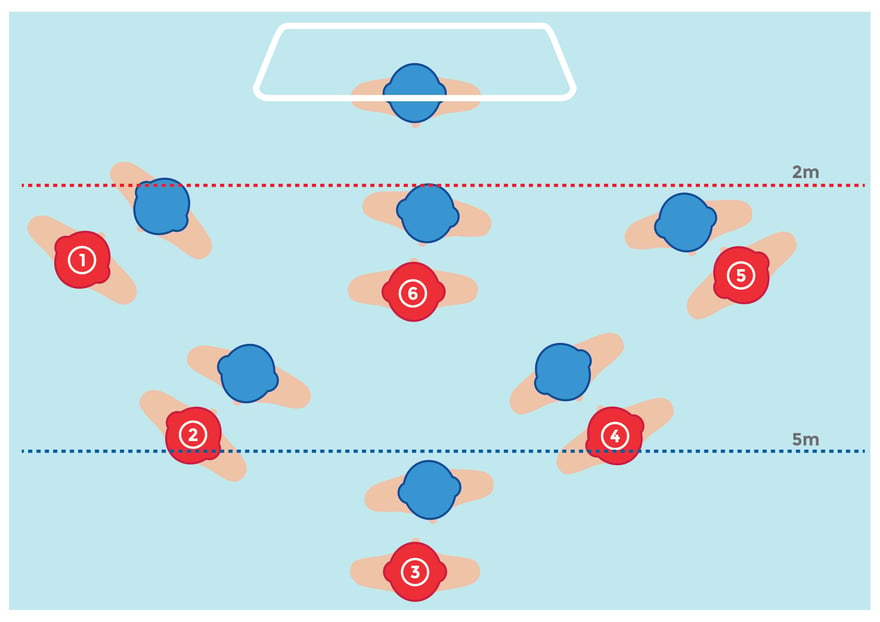