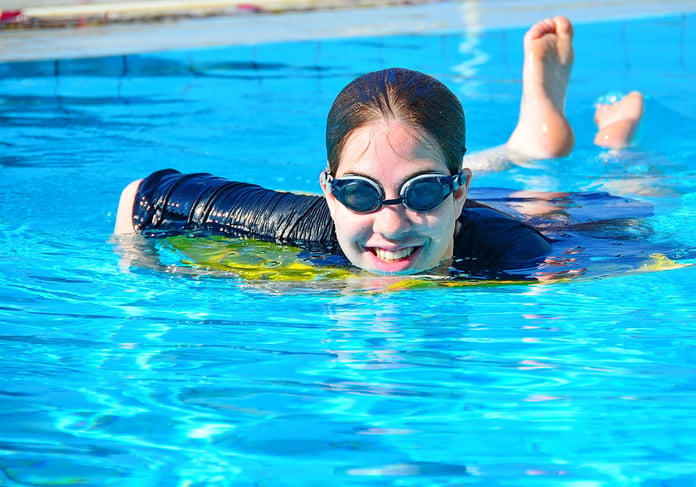 Although water polo might be considered a dangerous game to some there are several variations that promises to maximise the fun factor, while also reducing the risk of injury at the same time.

Inner tube polo is largely similar to the traditional game of water polo, but with only one main difference: all players, except the goalkeeper, are required to float on large inner tubes (also known as an inflatable float) at all times. Goalies don’t have to float on the tubes, but need to have a part of their body in the tube at all times. Removing himself from the tube will result in a free throw for opponent. Players have to be on their tubes at all times, or they are forbidden from playing until they regain their position on the floats.

Players are allowed to hold the ball with two hands, and can move the ball across the pool by either holding it between their knees, pressing it against their body or placing it on their lap.

The number of players differs from traditional water polo as only a maximum of six players on each team can be in the pool at once. The game is also divided into two halves lasting 20 minutes each.

The use of floating inner tubes ensures that players don’t have to constantly swim around the pool in order to play, and also makes sure that there is less physical contact between players, hence greatly lowering the potential for underwater violence.

While not as violent as water polo, players can attempt to push opponents with the ball off their tube, causing a turnover and removing the opponent from the game until he gets back onto the tube.

Both men and women can play in the same game of inner tube water polo, as compared to the traditionally gender-divided water polo games.

Most players will remain seated on the surfboard, but some will also stand atop the surfboard in order to get the ball out of reach of their opponents and give themselves a better chance at shooting at goal.

Flippa polo is a version of water polo meant for juniors aged between eight and 12 years old. Originally from Australia, the game has become popular across the world, and Singapore has its own flippa polo team as well.

Flippa polo is played in a more shallow pool, so as to make it safer and less exhausting for children. The shallow pool also gives players the chance to stand on the bottom of the pool, thus reducing the need for them to constantly tread water.

Players are allowed to catch the ball with both hands, but can only shoot or pass the ball with one hand. Additionally, this sport is strictly no-contact in order to protect the players.