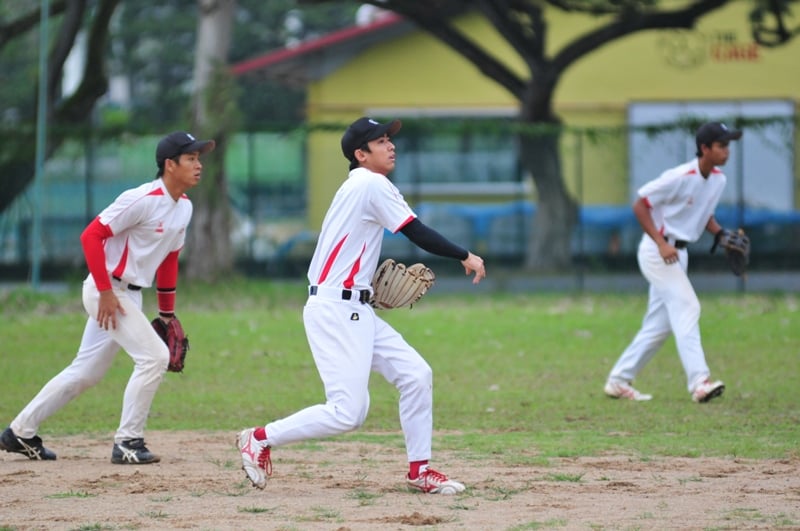 A softball game consists of 18 players - nine per team - and seven innings. An inning is made up of two rounds, where both teams take a turn each to bat and field. Each half of the inning will not end till three outs occur. The home team will usually field first. At the end of all seven innings, if the score is tied, there will be extra innings played until a winner emerges.

The fielding side will start the game by throwing the first pitch. Under softball regulations, both the pitcher’s feet must be placed on the pitcher’s rubber before throwing the ball. The ball should also be cast using an underhand motion. The other positions on the defensive team include a catcher, a shortstop, the first, second, and third basemen, as well as three outfielders. Their objective is to cause the batting team to accumulate outs.

There are a few ways to achieve an out from a defensive perspective. The pitcher may cause the batter to strikeout - that is, throwing three pitches that the batter swings at but fails to hit. The other players may also bring about a force out by catching the ball and running to any of the bases before the runner (having batted, the batter now becomes the runner) does; or a fly out, by catching a ball that has yet to bounce or touch the ground. They may also tag out the runner - this happens when a runner runs past the base before the ball reaches it, but that particular baseman manages to catch the ball soon after, and chases down the runner with it before he or she reaches the next base.

Offensive team members, on the other hand, will take turns to go out onto the field as batters. The batting order must remain the same for all the innings. If the team consists of both female and male players, the gender order should be alternated. After batting, the batters become known as runners, as aforementioned. Runners must touch all the bases in numerical order; there should be no running in a clockwise or irregular direction. However, skipping the first base is allowed.

In addition to the circumstances - strikeout, force out, fly out, and tag out - explained earlier, a runner may also be called out if he or she runs out of the infield playing area by more than the stipulated allowance of around 91 centimetres.