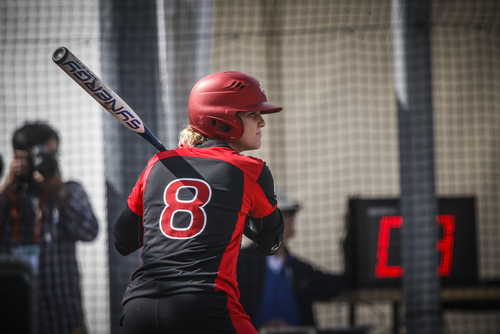 Softball and baseball might appear close to identical, especially due to the similar physical appearances of their equipment and playing arenas. However, there are many significant differences between them; they are, in fact, two distinct sports with separate leagues.

Softball bats must measure no longer than 86 centimetres. They are usually made from composite materials, though aluminium and wooden bats may be used too. These bats are generally slimmer than baseball bats. Professional baseballers, on the other hand, have to tote wooden bats of 107 centimetres in length, although school league players may use aluminium versions.

Softball and baseball baselines, or the total length of all spaces between bases, are also not the same, hence the difference in pitch sizes. The perimeter of softball baselines measure 18 metres, while baseball ones are 27 metres.

A pitcher in softball stands on a flat mound with a 2.4-metre radius. This mound is often simply a circle marked out using chalk. A baseball pitcher uses a mound that is raised. This has a 2.7-metre radius.

Softball pitchers must use an underhand motion to pitch, throwing the ball from under their arms. Baseball pitchers may use any method, though overhand throws are most commonly used.

Number of innings per game

Softball games are made up of seven innings while baseballers must play nine per game.