Basketball - Getting The Rebound

HOW TO BLOCK AGAINST THE DIFFERENT TYPES OF SCORING SHOTS 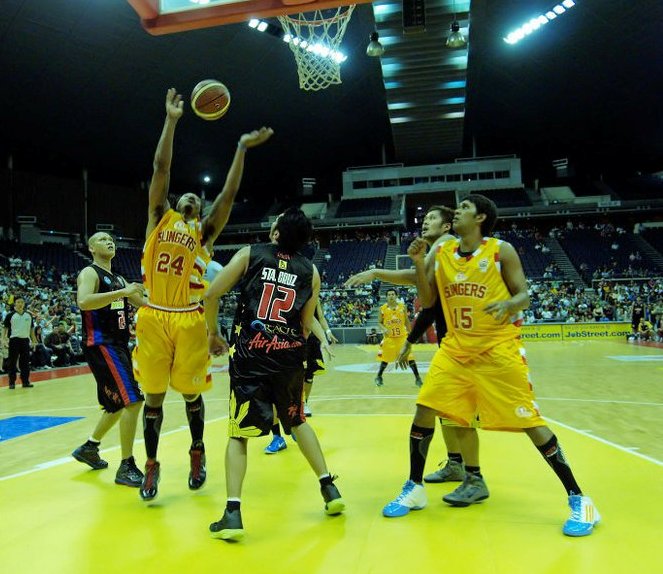 Rebounding is another crucial part of basketball game play beside ball handling.

Why are rebounds so important?

Rebounding is so important because even at a very high level, professional teams miss more than 60% of their shots. Every rebound you get actually means another possession of the ball for your team.

If you get a defensive rebound, you limit your opponent to just one shot and the situation is now reversed. You now have the opportunity to score.

In crunch time, securing a crucial rebound can mean the different between winning and losing.

Here are 3 rebounding methodologies players should be familiar with in order to become a great rebounder.

This is the most fundamental aspect to securing a rebound. The best way to be a good position rebounder is to create as much width with your body. Your legs have to be big and strong to prevent opponents from slipping inside for the easy rebound and putback. Doing so requires some energetic boxing out.

When you box out, you have to be in front of your man and put your backside into him, sealing him away from the hoop. It is extremely important to “lock it in” when getting a body on the guy. When the ball is up, turn your side to the defender to get a strong position to hold him off. Getting low into his legs also prevents him from jumping to contest the loose ball.

There are subtler ways to get into a good rebounding position as well. Dwight Howard learned to tap a defender on one side, then when he moved in one direction, he would scoot to the other.

After you have boxed out your opponent, move towards the ball aggressively. Jump high with both arms fully extended upwards. Grab the ball strongly with both hands and “rip it down” to prevent opponents from getting a hand on it. Secure the ball tightly with your hands and pivot away from your opponents.

Once you grab the rebound, make sure you turn to face towards the other side of the court. Make a quick and accurate outlet pass to a guard to quickly transition into offence to try and get an easy basket.

Here are three more steps that will help you mentally to become a good rebounder.

Not everyone in basketball is two-meters tall and able to touch the top of the backboard with a running jump. A good understanding of the game allows you to anticipate where a missed shot will likely end up.

For example, if an opponent is shooting from the baseline (the line along the breadth of the court), 75% of the time a missed shot will carom long to the other side. Also, shots missed from the right side of the court will most likely end up at the left side of the court. Having such knowledge makes it easier to anticipate where the ball will land before the shot hits the rim, putting you in great position to secure the rebound.

Dennis Rodman in particular is a great example of a rebounder. He would study his opponent’s tendencies; and their misses, to better anticipate where their shots would  likely end up. Analysing will also let you find tendencies in players that run contrary to most rebounding principles.

For example when playing the LA Lakers, Rodman noticed that most of Shaquille O’Neal’s baseline shots tended to bounce back towards him. This was contrary to the standard going long in the 75% rule. So instead of heading towards the other side, Rodman would jump towards Shaq after a shot.

When the ball is up in the air, there’s probably going to be at least 2 people gunning for the same rebound. Expect hard contact and balls hitting hands and the rim multiple times.

If there are 100 loose balls, you have to have the mentality that you’re going to grab 100 rebounds. Sure technique and size will help you, but in the end it also boils down to who wants it more.

Are you a parent looking to have your child pick up the sport of basketball? Whether to give your child an introduction to this fun team sport or raising his/her skill level up a notch, the ActiveSG Basketball Academy is designed to do just that.

Our qualified coaches from the top level of the game in Singapore will give your child a sound grounding in the fundamentals. While more advanced players can look forward to a pathway to expand their game. To find out more details or to register, visit this link here.