Cuesports require lots of mental concentration and calculations - especially when it comes to placing the cue ball so that it hits the object ball at an angle to score. Just as importantly, these calculations are also used to predict the movement of the balls after impact, so the cue ball is lined up for the next shot. In order to master this skill, here are some simple geometric principles you’ll need to understand.

While used largely for half-ball hits, this rule also applies for other shots that do not result in a centre-on-centre hit between both balls. However, if the cue ball hits only a quarter of the object ball, or three quarters of the object ball, the range of deflection is between 25 degrees to 35 degrees.

The 30-degree rule largely applies for top spin shots and side spin shots. This rule is exceptionally useful in predicting the cue ball movement in order to break up a group of object balls or to avoid object balls that will restrict the mobility of the cue ball. 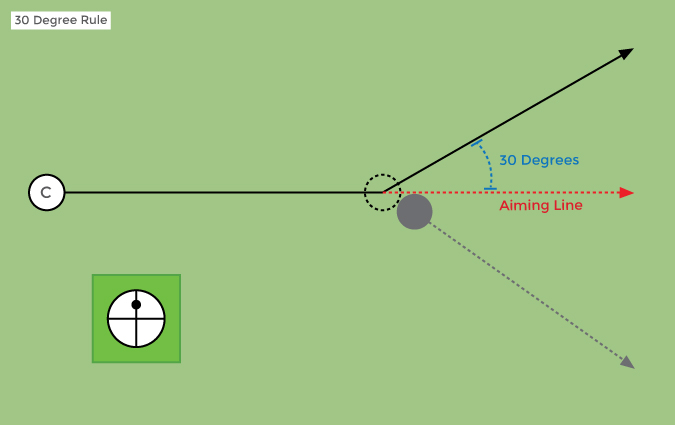 
90-Degree Rule
Similar to the 30-degree rule, the 90-degree rule predicts the movement of the cue ball. However, unlike the previous rule, this rule applies only to the stun shot. For example, when the cue ball hits the object ball via a stun shot, the path in which both balls will travel leaves an angle of approximately 90 degrees between them.

As in the case of the 30-degree rule, this rule is not often noticed by novice players but can be extremely useful in a professional game as it enables the player to predict where the cue ball and object ball will end up, therefore giving the player a better chance of both pocketing the ball while also increasing the chances of the cue ball being in a favourable position for the following shot. 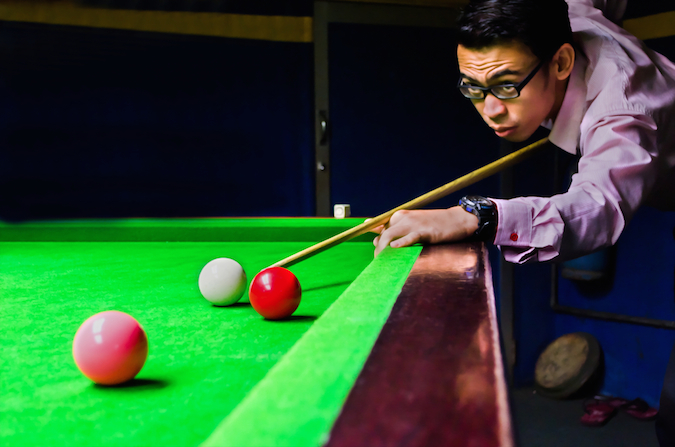