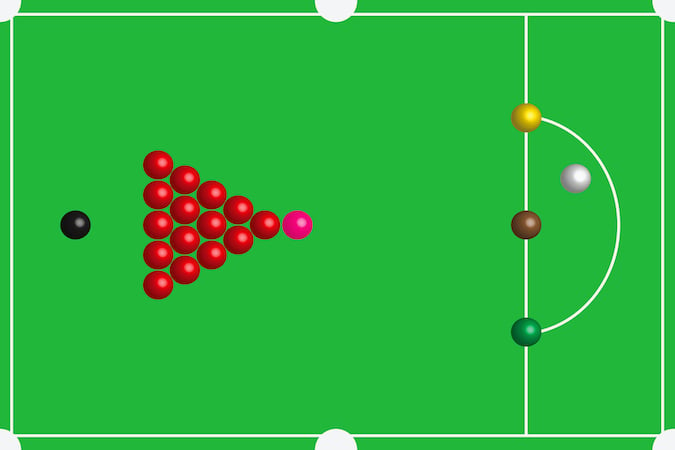 Whether it’s billiards, pool or snooker, the different types of cuesports share similar terms and playing concepts. Get to know the most frequently used ones so you’ll be better able to understand and enjoy playing the different games.

Cue Ball
The cue ball is typically white in colour, although in billiards it can be yellow, or white with a black or red dot. The cue ball is the ball that the player hits with his cue stick in order to sink the object balls into the pockets.

Pocket
A pocket can refer to either the physical pocket into which the balls are shot, or the act of a player shooting the ball into a table’s pocket hole.

Ball-in-hand
In pool, this refers to the player being able to place the cue ball anywhere on the table that he/she wishes to after an opponent has committed a foul. In snooker, players with ball-in-hand can only place the ball along the baulk line or the D.

The “D”
This is the semi-circle drawn behind the baulk line in snooker or English billiards.

Baulk line
This is the straight line drawn 29 inches from the face of the baulk cushion of standard sized snooker tables. The baulk line is important as it is vital to the placement of the green, yellow and brown object balls in snooker. It is also where the cue ball is placed for restarts when fouls occur.

Break
The term ‘break’ usually means the first shot in any cue sport or the points recorded by a snooker player during their turn at the table. For example, if a player hits a sequence of shots that amounts to 50 points before missing a pot, then they are said to have made a “break of 50 points”.

Snooker
This occurs when a player is unable to hit the cue ball in a straight line to hit a desired object ball.

Frame
Mainly used in snooker, a frame is equivalent to when the balls are in their starting position until the last ball is potted during a game.

Bridge
A bridge refers to a form of support for the cue, normally referring to a player’s hand or a different mechanical, approved bridge, also known as a rest.