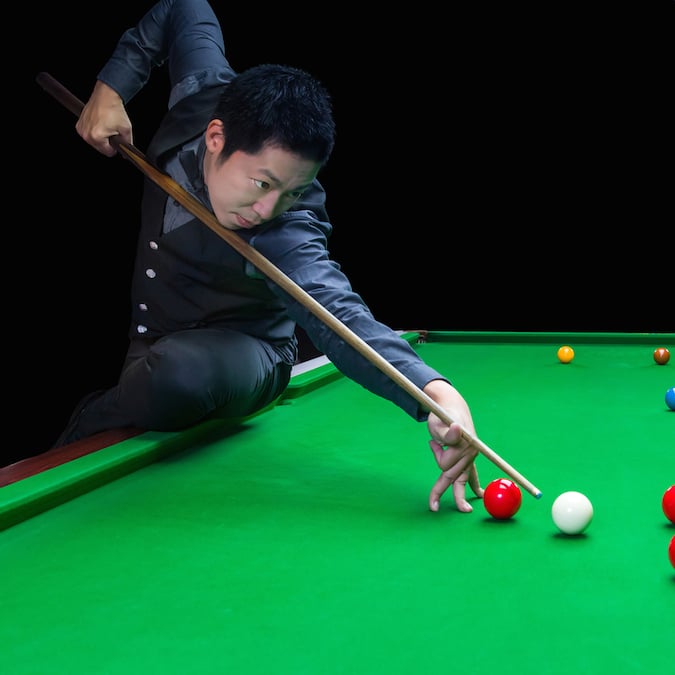 The mechanics of making a shot in cuesports typically requires a player to use his palm as a bridge for supporting the cue. However, most people don’t realise that different hand positions have different purposes. To find out what the most commonly used bridges in pool; billiards and snooker are, check out the following illustrations and explanations.

Open Bridge
This is the most commonly used bridge in cuesports and executed by placing your hand on the table, with the weight supported by the elevated fingers. The thumb also has to be lifted so that the tip of the thumb is pointing upwards, thus creating a V-shape with the index finger. The cue stick is then placed on both the index finger and the thumb.

This bridge offers extra visibility when aiming a shot, as it does not obstruct the view of the cue stick as compared to using a close bridge. In addition, the open bridge provides the least resistance when executing a shot, and can be used for a great variety of shots taken at different heights. This is because raising or lowering the fingers’ elevation as well as changing the angle on, which the cue rests upon the hand, can adjust the height of the cue stick. 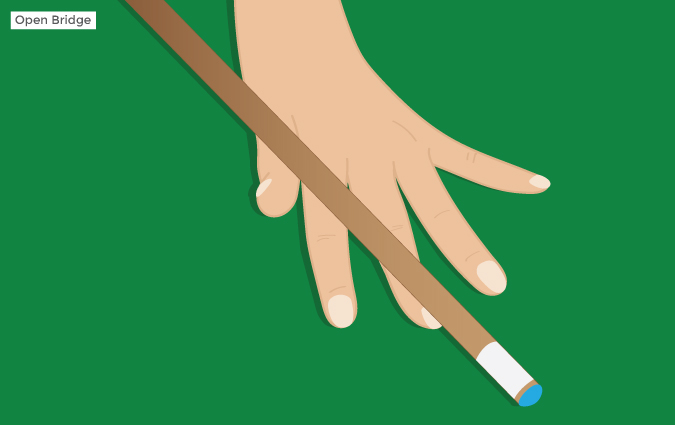 Closed Bridge
Wrapping your index finger around the cue, which rests on your middle finger, forms the closed bridge. This form of bridge is especially useful as it holds the cue firmly in place and makes it impossible for the cue to swerve sideways, thus providing a more steady and accurate shot. Additionally, this bridge allows the player more control over the cue stick as well as the speed and impact of the shot. 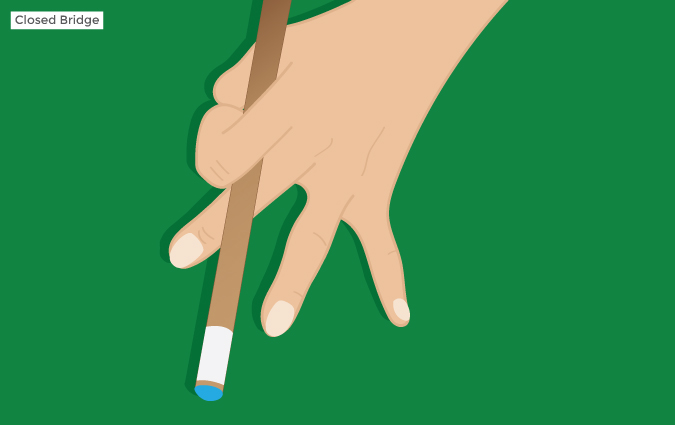 Rail Bridge
The rail bridge is most frequently used when the cue ball is too close to the cushion of the table to allow the player to place his hand completely on the table. Instead, the player places his hand on the rail, along with the cue stick, and uses his hand to stabilise the cue ball. This is done by resting the cue stick on the space between the thumb and index finger, while resting the cue along the latter. The rail bridge refers to all bridges placed on the rail, and can be either an open or closed bridge. 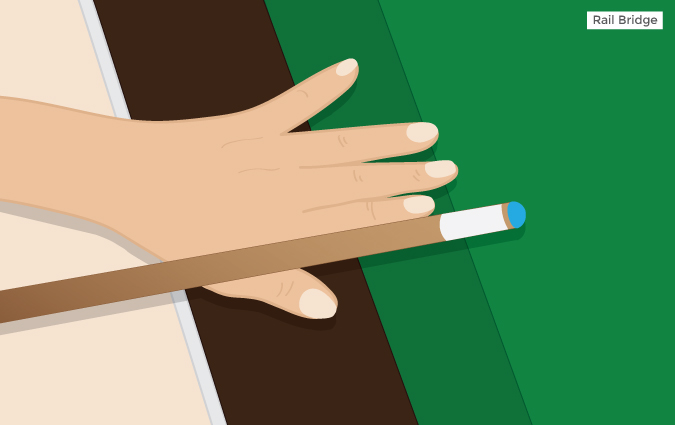 Elevated Bridge
A variation of the open bridge, an elevated bridge is basically formed by the same hand and finger position, except that the fingers are lifted higher so that the angle of the cue stick will increase accordingly. This bridge is usually employed when there is an obstacle in front of the cue ball that prevents the player from shooting the ball at the usual height.