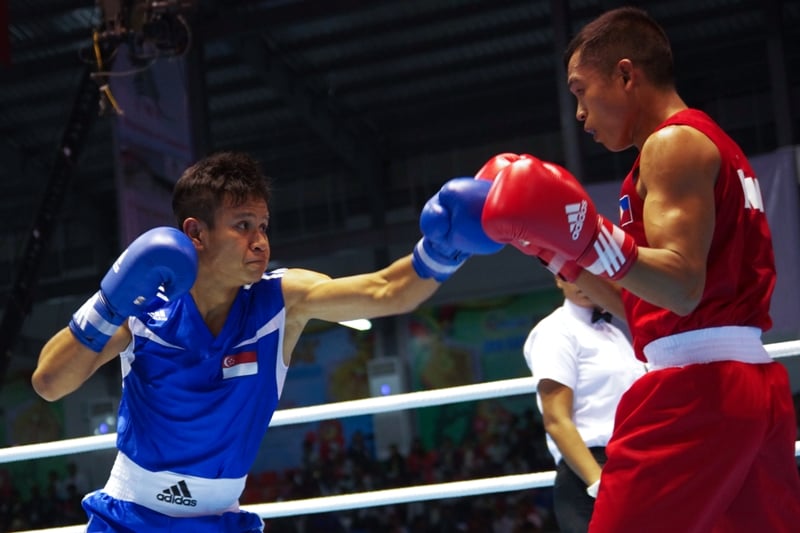 A lot of the time, boxing is about how well you can punch. Here are some of the most common and effective punches that can be used in a bout.

One of the most common punches that boxers utilize, the jab leaves little opportunity for the opponent to counter. However, as the jab delivers a weaker impact than other punches, it is not often used for knockdowns but more as a gauge to measure the distance between both boxers.

The cross punch is thrown using the rear (dominant) hand instead of the lead hand, and is done by throwing the fist from the guard position next to the face. Its name is derived from the movement of crossing the body and hitting the opponent in the face. While the rear hand is thrown forward into a punch, the lead hand should be pulled backwards in a guard position, to protect the face from counter-attacks.

The boxer also turns his torso towards the direction of the punch in order to provide more force behind the blow. The cross is frequently used as a counter-attack to the jab by an opponent, but can also be used on its own as an attack.

Similar to the jab, the hook is thrown using the lead hand. However, unlike the jab, the punch is thrown in a semi-circular motion instead of a straight punch. This means that the direction of the punch is curved, and the punch usually lands on the side of the opponent’s face.

The elbow should be held parallel and in the same plane as the fist, with the boxer pulling back the elbow before throwing the punch. While the lead hand punches, the rear fist should still be held close to the face in the guard position. Although frequently used to hit the side of the opponent’s face, it can also be used to target the side of the opponent’s body, but that is known as a rip punch instead. As the hook is a very powerful punch, it is responsible for more knockdowns than the cross punch and the jab.