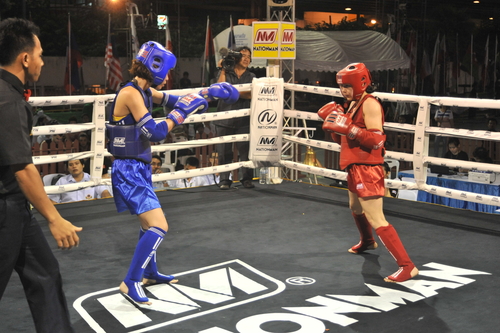 There are several stances that a boxer can employ during a bout. These stances can affect the way they perform during a round, and are hence very important. 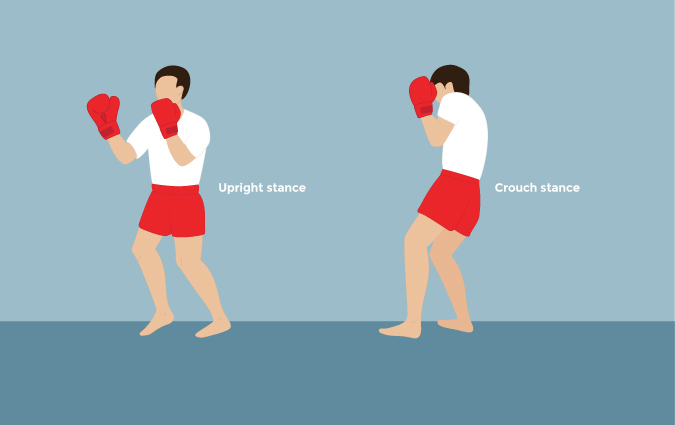 The boxer stands with his legs shoulder-width apart in the upright stance, with one foot half a step in front of the other. The foot behind is normally the foot on the boxer’s dominant side and its heel will be raised.

His arms should be up with fists clenched. Similar to feet placement, the dominant hand should be pulled back so that the other fist is in front of it. For instance, if the boxer is right-handed, the lead side would be the left side. The lead fist should ideally be around six 15 cm in front of the face, while the other fist should be held besides the chin, with the elbows tucked close to the body.

This stance is good for preventing punches to the face, as it keeps the opponent further away and allows the player to block with his arms.

The southpaw stance is exactly the same as the upright stance, with the sole difference being that the boxer is left-handed. The positioning of fists and feet are completely opposite to that of the upright stance. The southpaw stance is good as it provides an advantage against the traditional right-handed boxer, who might be unaccustomed to receiving punches from the opposite direction.

The crouch stance is exactly as its name suggests – the boxer goes through the entirety of the round in a crouching position. The main difference between the crouch stance and upright stance is that the boxer hunches over instead of standing upright. His feet are also firmly on the ground. Both fists should be raised so that they are in front of the face, with the lead hand slightly in front. Boxers should also have the lead foot placed in front of the head, as this provides the boxer a longer range for throwing punches.

This stance is good for boxers with a shorter stature, as it allows them to keep their head low to avoid blows aimed towards their head.