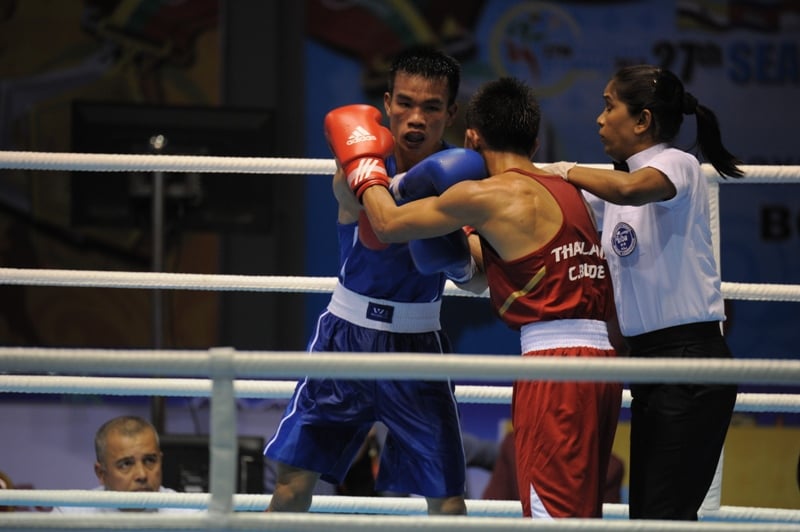 A style refers to the strategy that a boxer employs during a match, with most boxers favouring one of three main styles. A boxer’s choice of style typically depends on his or her physical and mental capabilities.

This style emphasizes on the boxer maintaining a certain distance between himself and the opponent. Punches in this style are usually faster and long range, with jabs frequently employed. This style generally aims to wear the opponent down over time. However, it is more likely to result in points rather than knockouts, due to weaker blows.

The out-fighter style benefits the boxer who utilizes it as he is able to control the pace of the round. This style is notably favoured by the famous boxer, Muhammed Ali.

The brawler is also known as the slugger style. This style is normally used by boxers with very strong punches, and they are characterised by slower mobility compared to out-fighters. Brawlers are also prone towards employing continuous single punches such as upper-cuts, rather than using combinations. The most important characteristic of a brawler is the power behind every blow as well as their endurance.

Brawlers also have to be able to withstand counter punches better than their opponents, as their lack of  speed and predictable punching style leave them vulnerable to counter attacks.

This style of fighting improves chances of a knockout compared to other styles due to the fact that punches from brawlers pack a lot more force and impact.

The in-fighter is also known as the swarmer or pressure fighter. This style is the opposite of the out-fighter, as the boxer usually attempts to stay close to the opponent, while throwing in as many combinations as possible.

The swarmer boxer has to have a relatively good endurance for punches, because they will have to take several before they can maneuver themselves close enough to their opponent.

In-fighter boxers are usually shorter than their opponent, and as such can throw their entire body’s mass behind an uppercut. They also employ non-stop aggression and bend at the waist after throwing a punch to avoid counters from their opponents due to their shorter stature. Mike Tyson and Manny Pacquiao are both swarmer boxers.