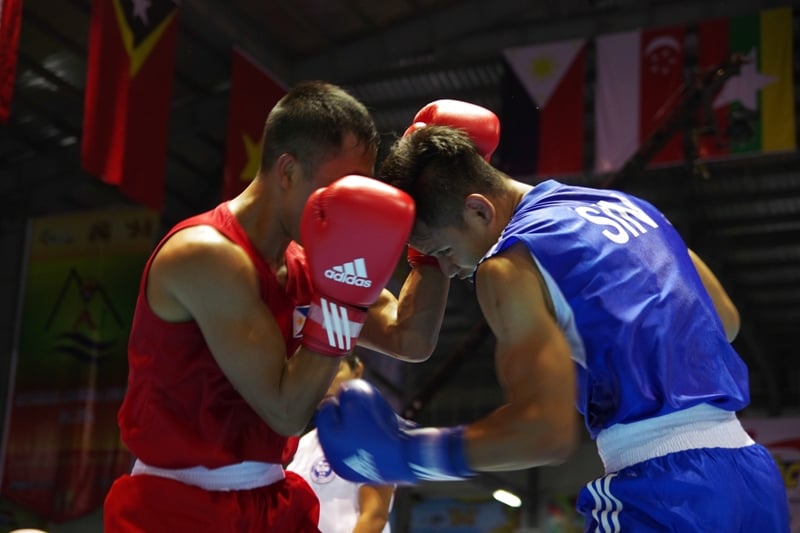 Boxing is a sport that involves a lot of physical contact. It comes as no surprise that the sport has a very high injury rate. Here  are some of the ways you can protect yourself and avoid injuries in a bout.

Besides the head gear, a mouth guard should also be used as the face is one of the areas that opponents target most often, and can result in cuts or even dental injuries such as fractured teeth.

Wrist wraps are also very helpful in preventing injuries, as the hands and wrists are the two places that absorb the most impact during the bout. As the boxer is restricted to hand strikes, every attack on his opponent puts stress on the boxer’s hands. To prevent injuries such as sprains from occurring, it is vital for the player to wrap the cloth around his hands and wrists tightly.

Petroleum jelly is also sometimes applied onto a cut after it has been cleaned, in order to stop the cut from bleeding during the match. This is so that the bout can continue, since referees might call for a technical KO if he deems a cut too serious.

One way of preventing nose bleeds during a bout is to keep your nose moisturised, since a dry nasal cavity is more prone to bleeding. When dry, the skin inside the nasal cavity is more brittle and therefore more prone to cuts that can cause nose bleeding. The boxer can use steam inhalation, saline nose drops or other natural nose sprays before a bout and during training in order to lessen the chances of a nose bleed if he gets punched in the nose.