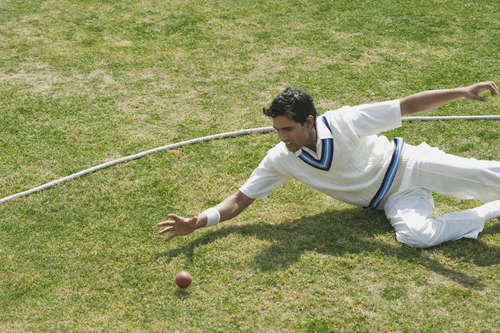 Fielding is one of several roles that cricket players will have to take up during a game and this is usually done when their team is bowling to the opposition.

Fielding refers to the act of catching, collecting and returning a ball that has been hit by the batsman. There are nine fielders on each team, as one player out of the 11 will have to act as the bowler, while another takes up the role of the wicket keeper.

The main aim of a fielder is twofold. One of the fielder’s roles is to minimise or stop the runs of the opposition batsmen. This is best done by gathering the ball after it has been hit, and returning the ball to the wicket keeper as quickly as possible, so as to prevent runs from being scored.

At the same time, each fielder is always looking to retire or dismiss a batsman by either catching the ball in mid-air in the field of play - after it’s been hit and before the ball touches the ground or by running the batsman out by throwing the ball to either set of stumps causing the bails to fall. When a fielder successfully executes either of these, then the batsman scores no runs. 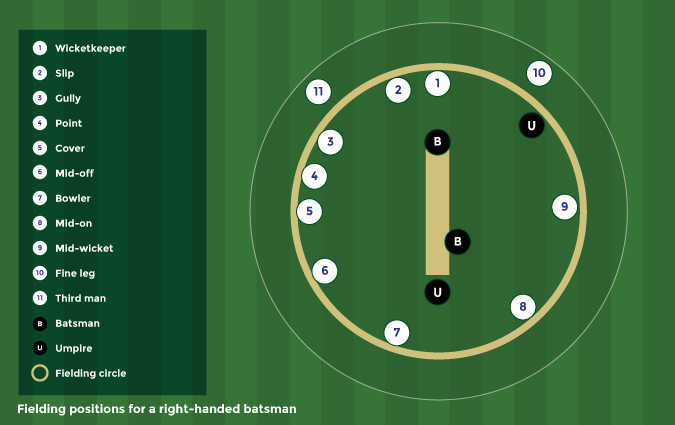 The positions of the fielders can be easily determined as they are usually named after the angle and distance relative to the batsman, such as mid off, which refers to a middle distance to the off side (right side) of the direction that the batsman is facing.

In cricket, the most important fielder positions are the slip and point fielder, as they are located in prime locations to catch the ball. For instance, the slip is placed on the right side of the right-handed batsman, and is usually the best form of defence for the fielding team as they are the in best position to catch any balls that is out of reach of the wicket keeper.

As a result, there can be more than one slip in the game. Besides the slips, the point fielders are also crucial, as they are in the best position to receive and catch powerful shots. Backward point and silly points are both also variants of the point fielder.