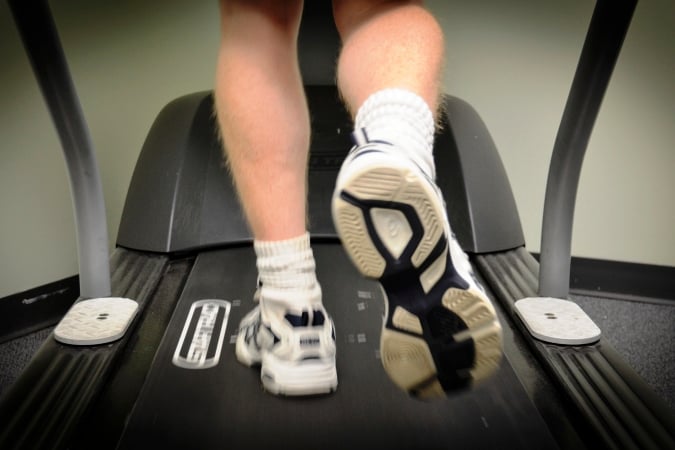 Busy professionals often bemoan that they have no time for exercise, or to maintain their fitness, because cardiovascular exercises such as running on the treadmill, or cycling, takes up too much time.

While that may be true, recent studies show that upping the intensity of your workout may result in a higher fatburn even after the workout. This means, not only  could you burn more calories in an intense 20min-long interval workout than a slow hour-long walk, but the burn will continue after the workout.

What is interval training?

Interval training mimics the start-stop motion in games, varying periods of explosive sprinting followed by light jogging or rest. Interval training is flexible: you can run, cycling, swim or use an elliptical machine, as long as you maintain the key principal behind the workout, which is to vary the intensity of your effort throughout the session.

During the high intensity efforts, your body’s anaerobic system uses the energy stored in your muscles (also called glycogen) for short bursts of activity. Anaerobic metabolism works without oxygen and produces lactic acid. Athletes enter oxygen debt as lactic acid builds, and it is during the recovery phase that the heart and lungs work together to break down the lactic acid, effectively "paying back" this oxygen debt. During this recovery phase, the aerobic system also uses oxygen to convert stored carbohydrates into energy.

By performing high intensity intervals that produce lactic acid during practice, the body adapts and burns lactic acid more efficiently during exercise. This means that over time, athletes can exercise at a higher intensity for longer periods of time before fatigue or pain slows them down.

Benefits and disadvantages of Interval Training

Besides getting increased tolerance to the build-up of lactic acid and increasing one’s overall fitness, interval training also helps to avoid injuries associated with repetitive overuse - a phenomenon the is not uncommon among endurance athletes.

Interval training also allows athletes to increase training intensity without burning out, and adding variety to an otherwise routine programme.

However, interval training should not be recommended for novice exercisers, or people who have a very low level of fitness, as it can contribute to injuries in individuals who aren't prepared for the physical demands of this type of workout.

High-intensity training also requires more recovery and rest to rebuild those sore muscles. If you run at a high intensity, you will tend to feel fatigue sooner and be forced to stop after about 20 minutes whereas if you go slow, you are likely to be able to exercise for hours.