How to defend in floorball 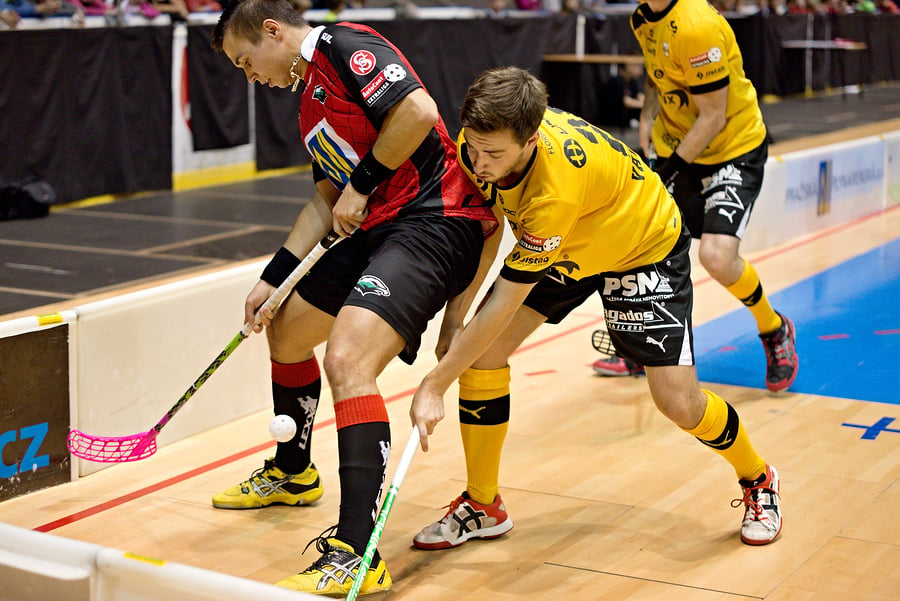 Strict marking is tiring, but very effective. Zonal defending can also prove highly successful, although it requires great discipline. Teams that deploy a mixture of both must be able communicate effectively. When players attempt to defend in different ways, such as the left defender not doing the same as the right, it can end in disaster for the team. Without communication, it is possible that two players end up marking the same opponent, leaving one of the opponents unmarked.

Defending via marking
The attackers and the centre must move back to close down space. With all the outfield players back in their own half, the opponents will find it far more difficult to find a position to shoot from.

The defenders should close in on the opposing attackers, leaving them with little room to manoeuvre. They place themselves in between the goal and the attacker, so if the attacker receives the ball, he or she cannot shoot directly.

Defending in zones
Defending in zones involves defenders staying on their own side and marking opponents that cross into the areas they are supposed to cover. Covering the area in this manner means defenders do not need to run excessively and the free space on court is reduced.

General defending
The primary goals are to close down space, not allowing the attackers to shoot, and intercepting passes. The defender close to the attacker stands in position to prevent the attacker from shooting, focusing on the player’s forehand, because almost all players are stronger and quicker on their forehand. The defender can also place his or her stick in the way of a pass, but shouldn’t try to get the ball off the attacker, in the event he loses out to a trick.

A successful defence is able to close down space without feeling nervous simply because the ball is close to their own goal. The ball is only dangerous when it is in a position from where a goal can be scored. Note that the positions of defenders are dynamic and should be adjusted according to what the opponents do.