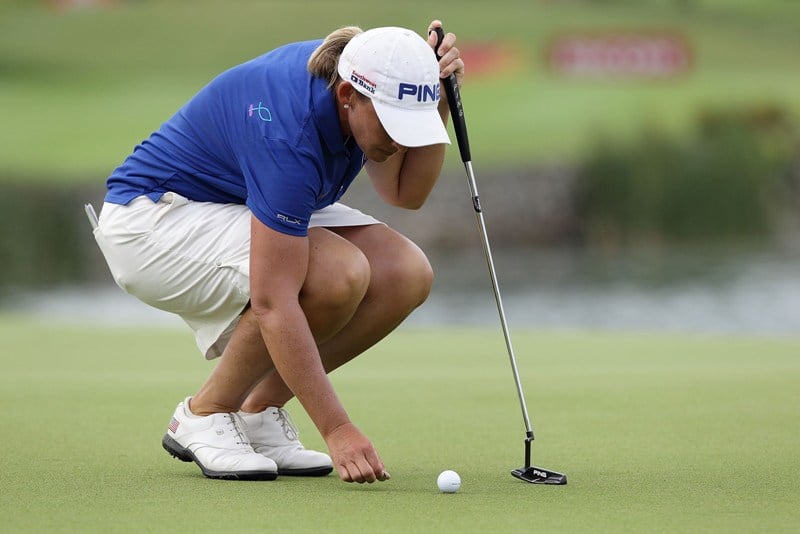 Competitive golfers may choose between two types of playing methods - match play and stroke play. While both equally challenging, requiring skill and discipline, each style has its own set of playing rules and penalty systems.

A game where an individual golfer competes against another, or a team of golfers compete against another team, match play involves hole-by-hole challenges. The number of holes to be played will be established before a game begins, and the players will try to get their balls into each hole in the fewest strokes possible. A hole is won by the team or player who gets the ball into the hole in fewer strokes. This constitutes one point. The losing side will be awarded no points. Should both sides use an equal number of strokes to get their balls into the hole, half a point will be given; the hole will be considered “halved”.

When one team has achieved a score greater than the number of remaining holes that have to be played, the game will be won by them. If the match ends in a tie, it may be extended till one side wins. Should anyone find that it is impossible for them to win a particular hole or match, they may decide to give up, or “concede”. This concession is final, and may be neither rejected nor receded.

Stroke play, on the other hand, involves a group of opponents competing among each other to complete a round. Their total score, which is the addition of all the strokes - including penalty ones - that they have played per hole, will be recorded. The fewest number of strokes taken to complete the entire round, made up of a stipulated number of holes, will indicate the winner.

Some key differences between match play and stroke play in penalty-giving include the following:

Playing out of turn while competing in match play leaves you at the hands of your opponents. Opponents may decide whether or not to make you play the shot again in the correct order, counting only that shot - even if your first shot was better. In stroke play, however, if you play when it’s not your turn, no penalties will be given, although it is considered rude.

If you begin a game by teeing off from an incorrect spot, that is, outside of the teeing ground, your opponents may decide to make you play the stroke again from the right position under match play rules. However, a penalty of two strokes will be doled out if this mistake were to be committed in a stroke play game.

Should a ball that you have played hit anyone or anything in match play, you may redo the shot, playing again from where you were. However, in a stroke play competition, the ball must be played from where it stops moving.

On the putting green, if your putt happens to hit another ball, there will be no penalties given in match play. In stroke play, however, such a situation will cause the player to be penalised two strokes.