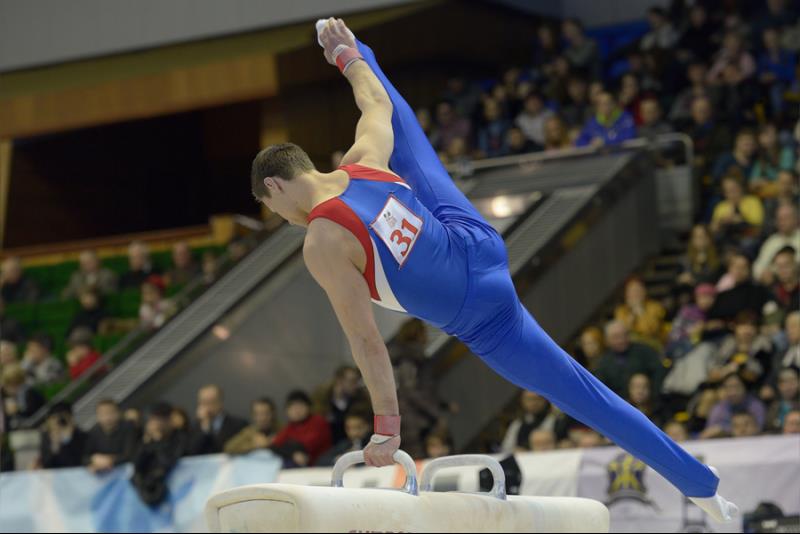 Men’s artistic gymnastics is the oldest form of gymnastics, and competing in the six events - the floor exercise, the pommel horse, the rings, the vault, the parallel bar, and the high bar, call for a set of core skills and techniques.

The entire floor area should be used during the exercise, which consists primarily of tumbling skills performed in different directions. Acrobatic elements must also be performed during the routine, such as rotating flips in the air known as forward or backward takeoffs. There must also be a non-acrobatic element like a balance element on one leg or one arm. Transitional skills performed in between tumbling and acrobatic passes should be executed with proper rhythm and harmony.

Many consider the pommel horse to be one of the most difficult men’s gymnastics events because it requires much practice to master even the most basic skills on the Pommel horse. Routines consist of the gymnast executing continuous circular movements by swinging around the pommel horse on his hands, not allowing any other part of his body touch the horse whilst in the middle of the routine.

From rings suspended off the ground, the gymnast completes swinging moves, handstands and a dismount. Unlike the pommel horse, a gymnast must stop and hold these moves for at least two seconds. During this time, the rings should be as still as possible.

The gymnast runs down a runway, hurdles himself onto a springboard, and is propelled over a vaulting table about one metre off the ground. Then, a series of flipping and twisting movements will be performed, with the gymnast landing on his feet.

Gymnasts perform a series of swings, balances and releases on two bars, slightly further than shoulder width apart and standing 1.75m above ground. These moves require great strength and coordination.

A 2.4cm thick steel bar raised 2.5m above the landing area is all the gymnast has to hold onto as he performs skills like giants -in which he rotates 360 degrees in a fully extended position, twists, and changes direction.