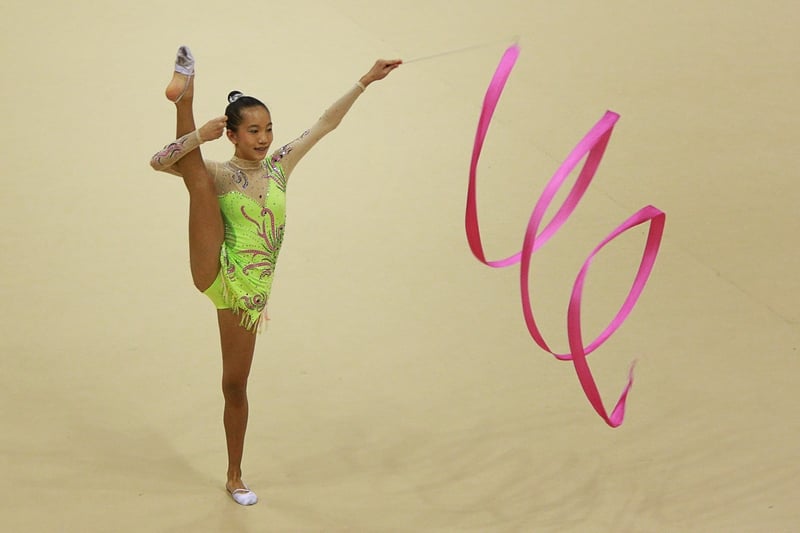 When you think of gymnastics, you may picture women doing stunts on balance beams, or men performing extraordinary feats on still rings – but did you know that these routines only represent one of the seven types of gymnastics?

The sport is a complex combination that involves physical strength, flexibility, power, agility, coordination, grace, balance and control. Out of all the different disciplines, competitive artistic gymnastics is the most well known, but the other forms of gymnastics, including rhythmic gymnastics and aerobic gymnastics, have also gained widespread popularity.

The most popular and widely-practised form, artistic gymnastics is divided into women’s and men’s gymnastics. Women compete on four events: vault, uneven bars, balance beam and floor exercise, while men compete on six events: floor exercise, pommel horse, still rings, vault, parallel bars, and high bar. The sport consists mainly of the use of various gymnastic apparatus, as well as the use of the floor for different exercises.

Rhythmic gymnastics is the performance of various gymnastics moves and dance exercises to music, with or without various gymnastic apparatus. Only women compete in the sport, which combines elements of ballet and gymnastics in the performance of five separate routines with the use of one of the five apparatuses: ball, ribbon, hoop, clubs and rope. There are also group routines consisting of two to six gymnasts, performing with a maximum of two apparatuses of their choice.

Aerobic gymnastics, also known as sport aerobics, involves the performance of routines by individuals, pairs, trios, or groups of up to six people. These routines typically emphasise strength, flexibility and aerobic fitness, rather than acrobatic or balance skills. Routines typically lasting 60 to 90 seconds are performed on floors, without the use of other apparatus.