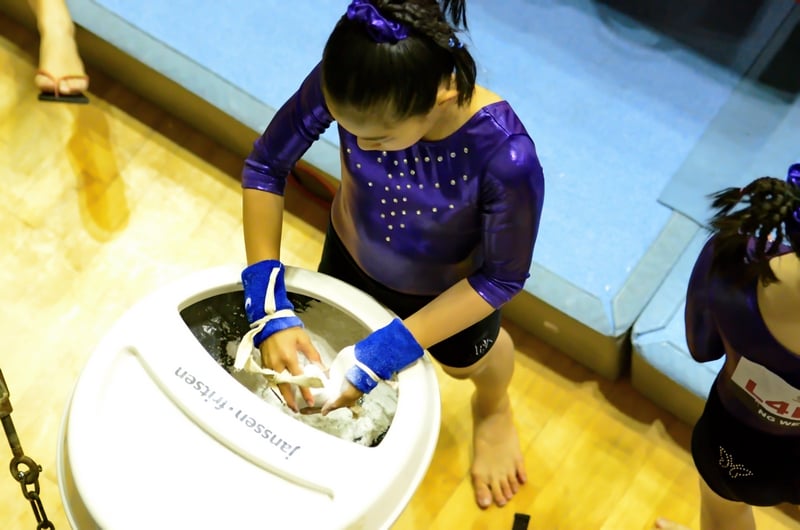 Different judging guidelines are used for the various forms of gymnastics. It may be complicated to understand at first, but we’ll break down the scoring criteria for the three most prominent disciplines .

Eight judges in total are split into two different panels - the A Panel and the B Panel, to critique an artistic gymnastic routine.

The A Panel judges requirements, difficulty and connections between the moves. The scores start at 0 and points are added, resulting in the gymnast’s “Start Value” or “D Score”. The A Panel consists of two judges.

The B Panel judges execution faults, artistry, falls and any other mistakes made. The score starts at 10 and points are deducted accordingly to form the gymnast’s “E Score”. The B Panel consists of six judges.

The final score is determined by adding the Difficulty Score (D Score) and the Execution Score (E Score).

Rhythmic gymnastics has a top score of 20.0 for each of the six apparatuses:

Judging for an aerobic gymnastics routine is split into three different categories, the Artistic Score (A), Execution Score (E), and Difficulty Score (D).

With four judges sitting on the panel, the highest and lowest scores are dropped. The remaining scores are averaged to produce the Artistic Score.

Similar to tabulating the Artistic Score, the highest and lowest scores from the four judges are dropped. The remaining scores are averaged to produce the Execution Score.

The two judges sitting on the panel come to an agreement on the final Difficulty Score.

The total score is constituted by adding the (A) score, (E) score and (D) score.