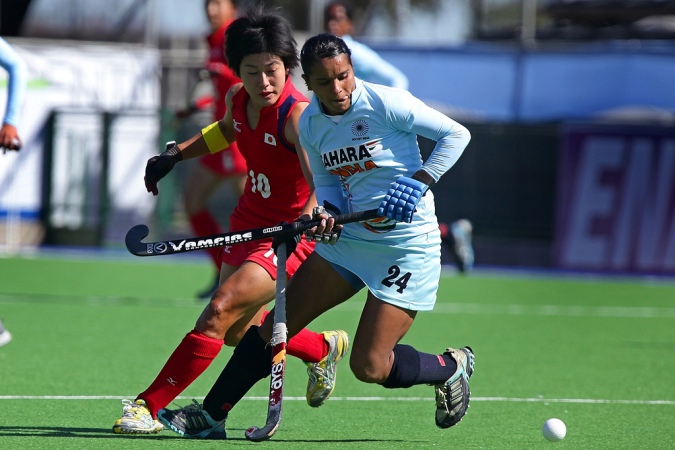 Now that you’ve aware of the rules and regulations of hockey, it’s time to figure out which position you’re most suited for. If you’re a beginner, learning about all the positions in field hockey can be overwhelming at first but not to worry, we’re going to make it easy to understand.

Each team has 11 players - 1 goalie and 10 field players. The goalie is pretty much stuck with being a goalie but the field players can either be a forward, midfielder or a defender. Each position has its own set of skills and responsibilities.

Unlike field players, goalies are allowed to use any part of their body like their hands and feet as well as their hockey stick to stop the ball. Goalies only have one job and that is to protect the goal. Even so, their job is the most important and they have to stop the ball at all costs.

Goalies have to be extremely composed and mentally strong because it can be super unnerving when the opposing team is attacking. The goalie is also the last line of defense which makes it all the more pressurizing.

Apart from that, goalies must also have excellent reflexes and good hand-eye coordination in order to stop those quick shots by the opposing team.

Forwards are also known as the offensive line of the team, much like the strikers in football. They’re the ones with the responsibility of taking accurate shots and score goals for the team.

More often than not, forwards are the fastest sprinters on the team. Those who play as forwards would usually have outstanding stick skills and lightning quick reflexes. They’d have to be able to deflect shots quickly and create opportunities inside the shooting circle in order to score.

Midfielders are also known as the “links” and are the most flexible players. Well, I don’t mean flexible in the gymnastics kind of way but more of their position. They’d have to be extremely versatile as they have to alternate between playing offence and defence. They have a lot of responsibility as they have to support both the forwards and the defenders as well as control the neutral zone.

Midfielders are also the fittest of the bunch, seeing how they’d have to run the field in the space between the offence and defence as well as facilitate passes at the same time.

They’re the ones who have to control the game and ensure possession of the ball is kept in the grasp of their team.

Back when I was playing touch rugby, my coach would always emphasize how she preferred a good defence than a good offence any day. I didn’t get why at first but now I do. Being a defender is one of the most important roles on the field as they’d have to be able to confront attacking players from the opposing team, protect the goal and clear the ball.

These players have to be able to think quick on their feet and block incoming shots as well as defend aggressively. I mean, not to the extent that you get carded but aggressive enough to gain possession of the ball again. They’d have to limit the chances of the opponents scoring and shift the game play away from their defensive zone.

Although defenders have one of the most important jobs, they’re probably the least lauded of them all. So kudos to all you defenders out there!

You don’t have to make a choice on which position you’d want to play at first, but it doesn’t hurt to know a little bit more about all the playing positions in field hockey. If you want to play in a specific position, make sure that you’re able to master the different types of shots and dribbles that could complement your playing position!