How to shoot in hockey 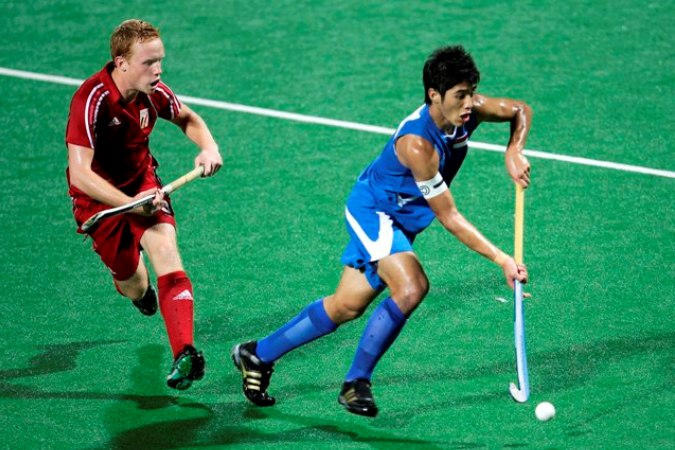 As a hockey player, you’d dream of scoring goals and achieving a lead in a match that would help put your teammates’ nerves at ease. Ultimately, you dream of helping your team win. But before you're able to score goals for your team, you'll need to have your basics on shooting down to a T.

There are 5 main types of field hockey shots that you can take so it’s important to know what they are and when, how and why you should take them.

The most common of all shots are the drives. This shot requires you to have both hands gripped tightly on the top of the stick. With that, you take a swift backswing in order to take a shot on the ball. This shot is extremely powerful one and the shot that the ball travels the furthest with.

Of course it’s not suitable all the time. Players usually take this shot only when they’re attempting a long pass, taking a free hit or trying to take a hard shot at the goal.

While drives are undeniably powerful shots, it cannot outrank the versatility of slap shots. Only a half backswing is used, with hands about 8 inches apart and it can be used for passing or shooting.

Slap shots are the most useful of all shots as it allows you to control the ball as desired.

Flicks are quick shots and are most commonly used to score a goal. It is a difficult shot for the goalie to stop as the ball will be in the air. Alternatively, it can be used to dodge defenders. Players can flick their ball in the air, though not too high, to get it over their opponent’s stick.

In order to perform a flick, one must be able to tilt the head of the stick at an angle to get slightly underneath the ball and then flick their wrist. It is a difficult technique to master but with patience, perseverance and practice, you’ll be able to do it in no time!

This shot is the most accurate and is taken without a backswing. It relies on the player’s body strength to power the pass. As there is no backswing, the player is able to aim better and this makes it an ideal shot if you’re looking to score a goal. Just use your body, flick your wrist and away the ball goes!

A push pass is also the most common way players pass the ball to each other. To learn more, just read up on the different types of passes you can make.

Scoops are less common than flicks but the ball is also lifted off the ground and travels a shorter distance. While it can be used to dodge an opponent’s stick, it can also be used for a free hit outside the circle.

Most of these shots can also be used to pass the ball to your teammates. Now that you know the different types of shots you can take in field hockey, you can start practising them in hockey shooting drills!