Improve your sailing technique in this section.

Learn the basics to sailing in our beginners' section here.

The fundamental rules and principles that govern the sport of sailing.

Sailing can be extremely dangerous, especially when you are racing in oceanic and offshore races. Here are some ways you can keep safe while enjoying the sport.

Types of boats used in Sailing

There are several kinds of boats that may be used in sailing competitions. Find out more about these boats.

Boats used in competitive sailing are governed by strict classes and restrictions. Find out the main classes used for different races.

There are numerous signals that sailors use when sailing. Here are the most important and common signals that are used in a race.

Here are a few of the terms you must know in order to understand competitive sailing.

There are three popular types of races that sailors typically take part in. Learn about these different races and what they entail.

Both sailing and yachting follow similar principles and most consider each to be a variation of the other. Find out more about the differences and similarities between the two.

Improve your sailing technique in this section.

Learn the basics to sailing in our beginners' section here.

How to steer better when Sailing

Find out how to steer better in a sailing race in order to gain advantage over your opponents and win. 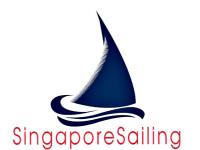 The Singapore Sailing Federation (SingaporeSailing) is the official National Sports Association responsible for the promotion of sailing in Singapore. Since its inception in 1966, the Singapore Sailing Federation has groomed sailors who have achieved breakthrough results at the Youth Olympic Games, Southeast Asian Games, Asian Games and World Championships.

Whilst striving for competitive sailing excellence, SingaporeSailing also develops and promotes high participation experiential sailing programmes such as SailFun and SailSmart, through which focus is placed on community engagement. Aside from providing infrastructure and top level coaching facilities for the public, schools and national sailors, at the National Sailing Centre at East Coast Parkway, SingaporeSailing also runs Marina Bay Sailing, which comprises sailing facilities at Marina Bay and Marina Barrage locations. Under Marina Bay Sailing, the Federation serves up ‘Sailing in the City’ through public outreach programmes for general public, corporates using fleets of boats based in the inland waters. This is an ongoing effort to activate the city’s water spaces and increase vibrancy through social sailing, bringing to life the city’s Live, Work, Play 24/7 and Vision 2030 goals.

SingaporeSailing also promotes Singapore as a regional hub of competition and cruising. Recent world class events to have showcased their prowess on our shores were the inclusion of Singapore as a stopover, for what is touted as the most challenging yacht race in the world, The Volvo Ocean Race, in 2009, and the final leg of the World Extreme Sailing Series, in Marina Bay, held in December 2011.

Sailing has become synonymous with sports excellence in Singapore. In 2004, SingaporeSailing received the ISO 9001 certification in recognition of their excellence in the management of the Singaporean sailing scene.

SingaporeSailing is affiliated to the Singapore National Olympic Council and the International Sailing Federation, and supported by Singapore Sports Council.