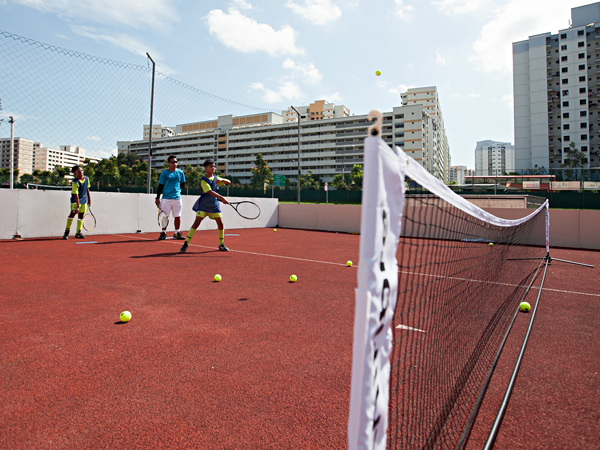 So you are all decked out with your racquet in hand and suited up but still struggling with the mind boggling rules of the tennis?

This article aims provide you with the basic rules of the tennis game to enable you to inject some competitive spirit into your game.

Usually the age old question of who serves first is settled by a simple coin toss. The person who wins the coin toss may elect to serve first or select a side of the court which he would like to receive his opponents serve.

Counting score in tennis match is some tricky business. The server’s score is always announced first before the receiver’s throughout the game.
The point system of a tennis match is as follows:

For a tennis player to win a game, he/she must win with at least a two point lead.

Whether a shot is “IN” or “OUT” is the big question behind every shot and why tennis pros like Agassi and McEnroe unleash fury on match officials. Here is a guide to both the singles and doubles game.

In a game of singles, the ball must be hit within both “SERVICE COURTS”, the “BACK COURT” and the “ALLEY LINE” as marked in the diagram below for a point to be scored. Balls hit in the between the “SIDE LINE” and “ALLEY LINE” are considered balls hit out of court and thus earning your opponent a point.

In a doubles game, the ball must be hit within both “SERVICE COURTS”, the “BACK COURT” and the area between the “ALLEY LINE” and “SIDE LINE” for a point to be scored.