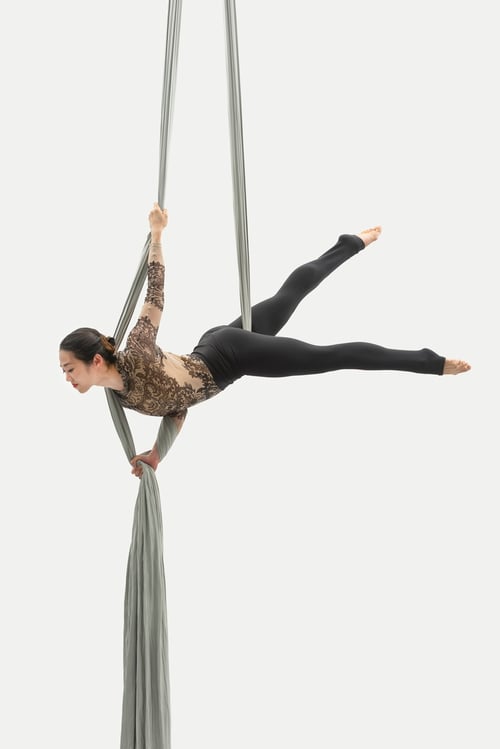 Shirley started dancing at the age of 6, when she had training in both ballet and Chinese dance. She later graduated from the Hong Kong Academy of Performing Arts, majoring in contemporary dance. Shirley was a professional full-time dancer at Arts Fission Dance Company, and a dance and movement educator in studios such as DanzPeople and Dance Pointe, as well as local schools. She has performed for numerous shows and festivals like the Singapore Dance Festival, Cabaret Musical by Toy Factory, Youth Olympic Games Singapore, and various Mediacorp television productions. Shirley first discovered aerial in 2012 and fell in love with this beautiful high altitude arts. As an instructor and performer, she has performed aerial for various events such as the Esplanade Flipside Festival, and her dedication has seen her winning medals in various aerial silks competitions, including Airstars Aerial Dance Art Competition, La Folie Melbourne, Philippine Aerial Cup and Australian Aerial Championship. Shirley hopes to share her love for aerial arts, while inspiring her students and audiences with this art form.