All You Need to Know: Runner�s High 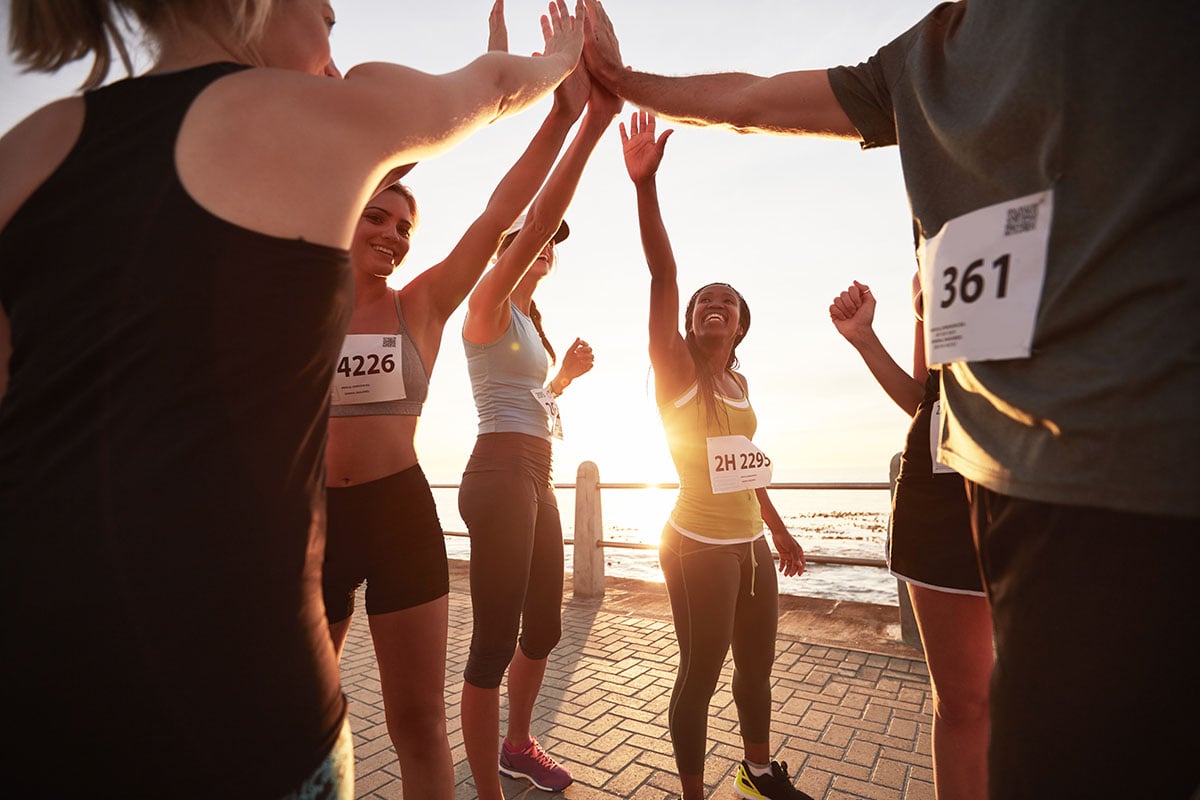 Perhaps you are lucky enough to have experienced the runner’s high. Or perhaps you’ve just heard people talking about it and wondered how on earth you could get some of this amazing sounding thing. Keep reading and you might find out!

The general consensus is that the runner’s high refers to the sensation of happiness, calmness, or reduced pain that sets in after the workout. However, there is actually no definitive answer as to what you can expect to feel from it. Some may get a really intense “high”; a feeling of euphoria that actually seems like it is blocking out pain so that they can push harder through their run. Others may only feel a benign sense of well-being, where everything feels… good.

The time-frame which runners experience the runner’s high can fluctuate drastically between individuals too. Some claim to feel it after just half an hour of running. Some may need a bit more time for the feeling to kick in. Similarly, the duration of the runner’s high varies.

Most might attribute the runner’s high to the influx of endorphins released during an exercise. Endorphins bind to what are known as the opioid receptors on neurons all over your body, affecting other chemical signalling that your brain interprets as pain. Because endorphins can cause pain relief in your muscles, they were thought to cause all of the feel good parts of runner’s high.

But endorphins, as it turns out, are too big to pass through the blood-brain barrier. This is a highly selective membrane that protects the brain from potentially harmful stuff in the bloodstream. Since they do not interact with the brain cells, endorphins are probably not the cause of the runner’s high. So what gives?

Instead, scientists think it might be the endocannabinoids (eCB). These naturally produced neurotransmitters are involved in things like soothing anxiety and reducing pain sensitivity. Of the eCBs, one takes the spotlight - anandamide.

Anandamide (which can also be found in chocolate), bind with CB1 receptors in the body, which then triggers the runner’s high. In 2015, a group of researchers did a study on the topic by testing mice reaction to being placed on a hot plate after running on a wheel for about 6 kilometres. The mice that ran were found to have more anandamide in their blood and took longer to get noticeably agitated on the hot plate. But when researchers gave the running mice different drugs to block endorphins and anandamide, they found that mice from the latter category were more anxious, just like their non-running counterparts.

How to get the Runner’s High

Research shows that you need to work hard, but not at maximum effort, since that puts your body under stress but not too much since chronic stress can dull the effects of the eCBs. Think of it as running at 70 to 80 percent of your maximum heart rate.

You will need a certain level of fitness under your belt, however. No amount of endorphins or eCBs can mask any pain from a lack of fitness or injury. Thus, new runners may take a bit of time before they start to experience the runner’s high.

What research is also telling us about the runner’s high is that we are most likely to experience it after a long, continuous bout of exercise - the longer you go, the more likely you are to benefit from it. This is undoubtedly great news for distance runners!

The production of eCBs is boosted if you can get a solid 8 hours of sleep a night.

eCB production is at its highest in the morning, so if you lace up early, you are more likely to get it.

While the runner’s high may be fleeting, exercising regularly is known to help improve your well-being. In fact, runners (and people who exercise regularly) are less likely to suffer from depression and anxiety because of the “happy hormones” that we get from it. Don’t wait, get running today!