After their bronze medal in the mixed team event, Singapore’s badminton team progressed smoothly in the singles and mixed doubles category, but there were also many causes of celebrations elsewhere.

Shanti Pereira after finishing her run in the semi-finals of the Women's 100M. Photo Credit: Commonwealth Games Singapore/Andy Chua

Shanti Pereira's time of 11.57 seconds in the semi-finals of the Women's 100M sprint was not enough as she missed out on the Final.

But the 25-year old had broken the National Record in the previous round after clocking in a time of 11.48 seconds. In doing so, Shanti smashed the 3-year long record of 11.58 seconds and despite missing out on a medal, will be proud of her record-breaking attempts this year - That includes a time of 23.52 seconds in the SEA Games that saw her win the Women’s 200M. 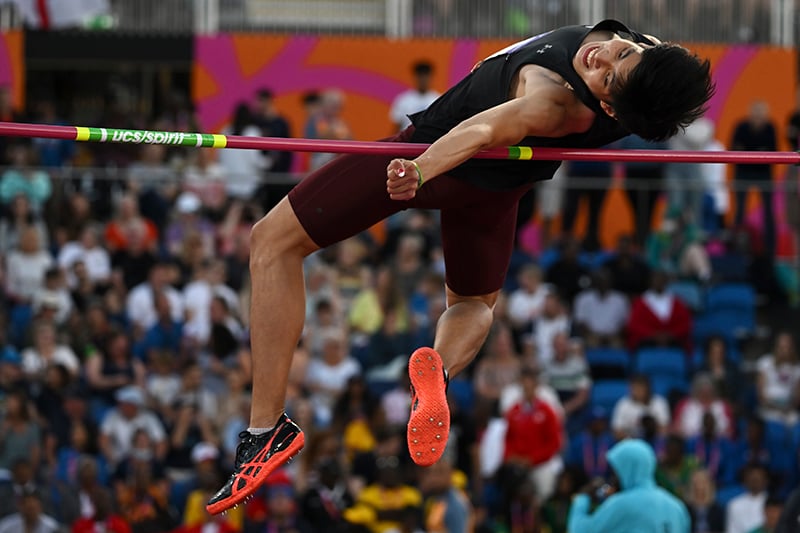 Meanwhile, Kampton Kam managed a 2.10 metre in the High Jump final to place twelfth out of 13. 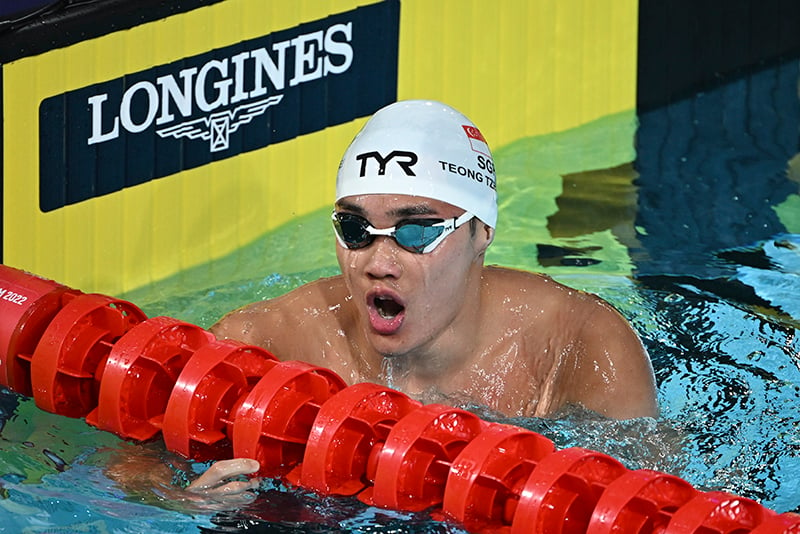 Over at the Sandwell Aquatics Centre, Teong Tzen Wei came just short of a podium finish after a time of 22.26 seconds in the 50M Freestyle, placing fifth overall.

It was an improvement from his heats (22.69 sec) and semifinal (22.36 sec) timings. There certainly is optimism on the back of Tzen Wei’s performances as he ends the Games with 1 silver medal.

In badminton, Andy Kwek and Jin Yujia booked their place in the Round of 32 for the Mixed Doubles event in badminton after a 2-0 victory against Maldives. The duo were in control of the match from start to finish and vanquished opponents Rasheed Ajfan and Aminath Nabeeha 21-3, 21-12.  Next up for them, the fifth-seeded Malaysian pairing Chan Peng Soon and Cheah Yee See.

The third-seeded Terry Hee and Jessica Tan received a bye in the opening round, and the husband-and-wife team will play Zambia today.

Over in the singles, SEA Games bronze medallist Nur Insyirah Khan had an easy path to the Round of 32 after defeating Jamaica’s Katherine Wynter 21-7, 21-4. She will play Aminath Nabeeha next.

Their fate in the next round will depend on the overall results of the competition.