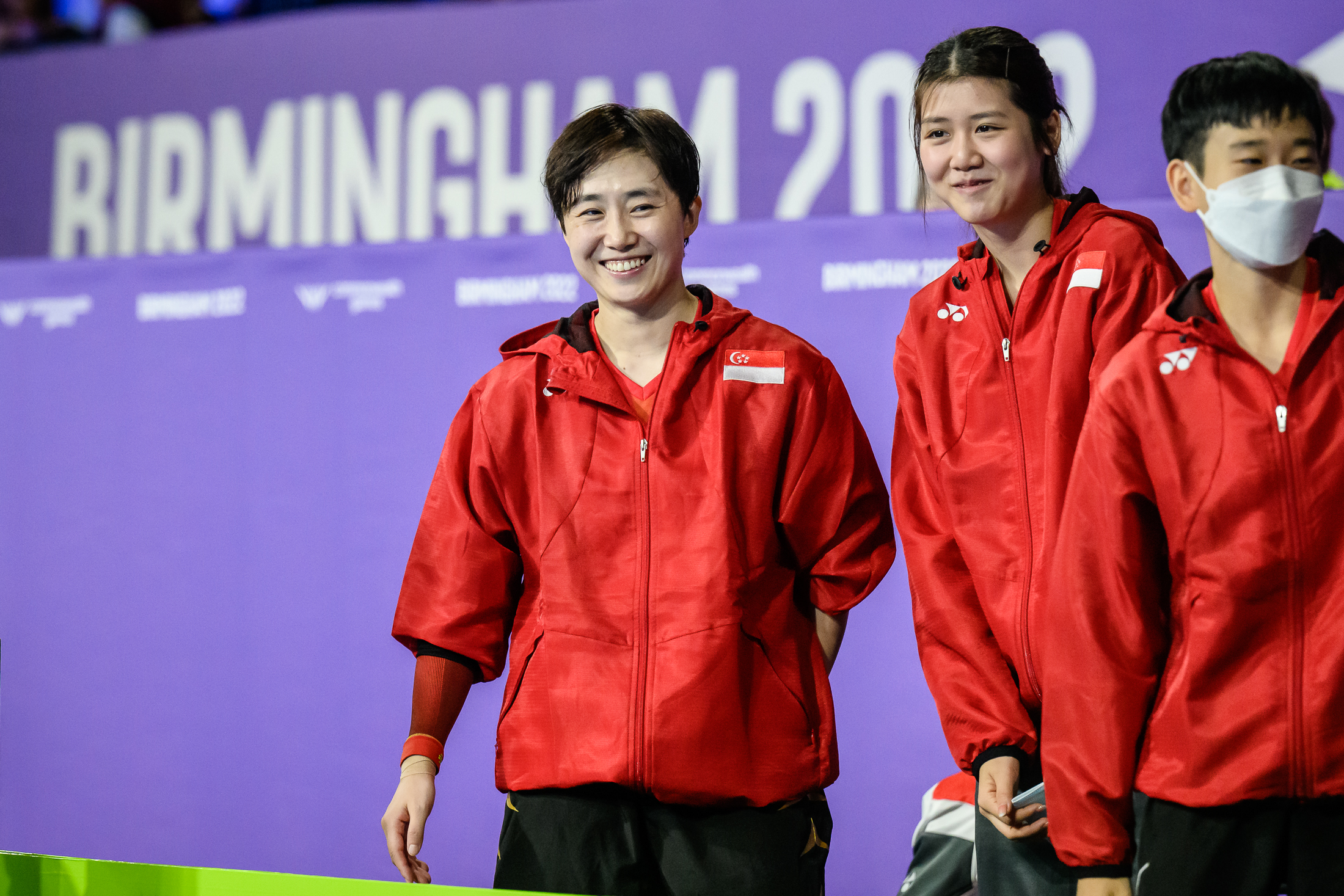 Feng Tianwei has qualified for the semi-finals of the table tennis Women’s Singles event after two convincing victories on day 8 of the 2022 Commonwealth Games.

As the top seed in the competition, Tianwei’s first outing in the Singles event took place in the round of 16 against India’s Reeth Tennison. World number 111 Tennison had earned her spot after a tough 5-game encounter yesterday against Charlotte Bardsley, but had little answer for Tianwei, succumbing to a 4-1 defeat.

Australia’s Lay Jian Fang was the next obstacle in Tianwei’s path. The 49 year old Australian just took bronze in the Women’s Team event but saw herself brushed aside 4-0.

Feng Tianwei makes it to the semi-finals of the Women's Singles event with a 4-0 score against Australia. Photo Credit: Commonwealth Games Singapore/Andy Chua

With the two wins, world number 16 Tianwei enters the semi-finals of the competition where she will play another Indian opponent - world number 76 Sreeja Akula.

The mercurial Zeng Jian is also in the semis after making light work of world number 41 Manika Batra, also from India. Ranked 60th in the world,  Zeng Jian wasted no time securing a 4-0 victory in 34 minutes and will play Australia’s Liu Yangzi in the semis.

Tianwei and Zeng Jian were also in action in the Women’s Doubles. The pair had no problem advancing to the Round of 16, delivering a 3-0 beating to Nigeria’s Ojomu Ajoke and Oribamise Esther.

They are joined by Wong Xin Ru and Zhou Jingyi, the pair also recording a 3-0 win over Mauritius.

In the Men’s Singles event, 16 year old Izaac Quek is Singapore’s only representative in the quarter-finals (Koen Pang and Clarence Chew were eliminated in the same stage of the competition) after a tough 4-3 win over Canada’s Eugene Wang.

He will next face Indian’s Sharath Achanta.

And in men’s doubles, Clarence and Ethan Poh are through to the semis after beating India’s B team of Desai Harmeet and Shetty Sanil 3-0. They are the only team from Singapore in the event after Koen and Izaac fell to Nigeria, and will go up against England’s Paul Drinkhall and Liam Pitchford in the next round. 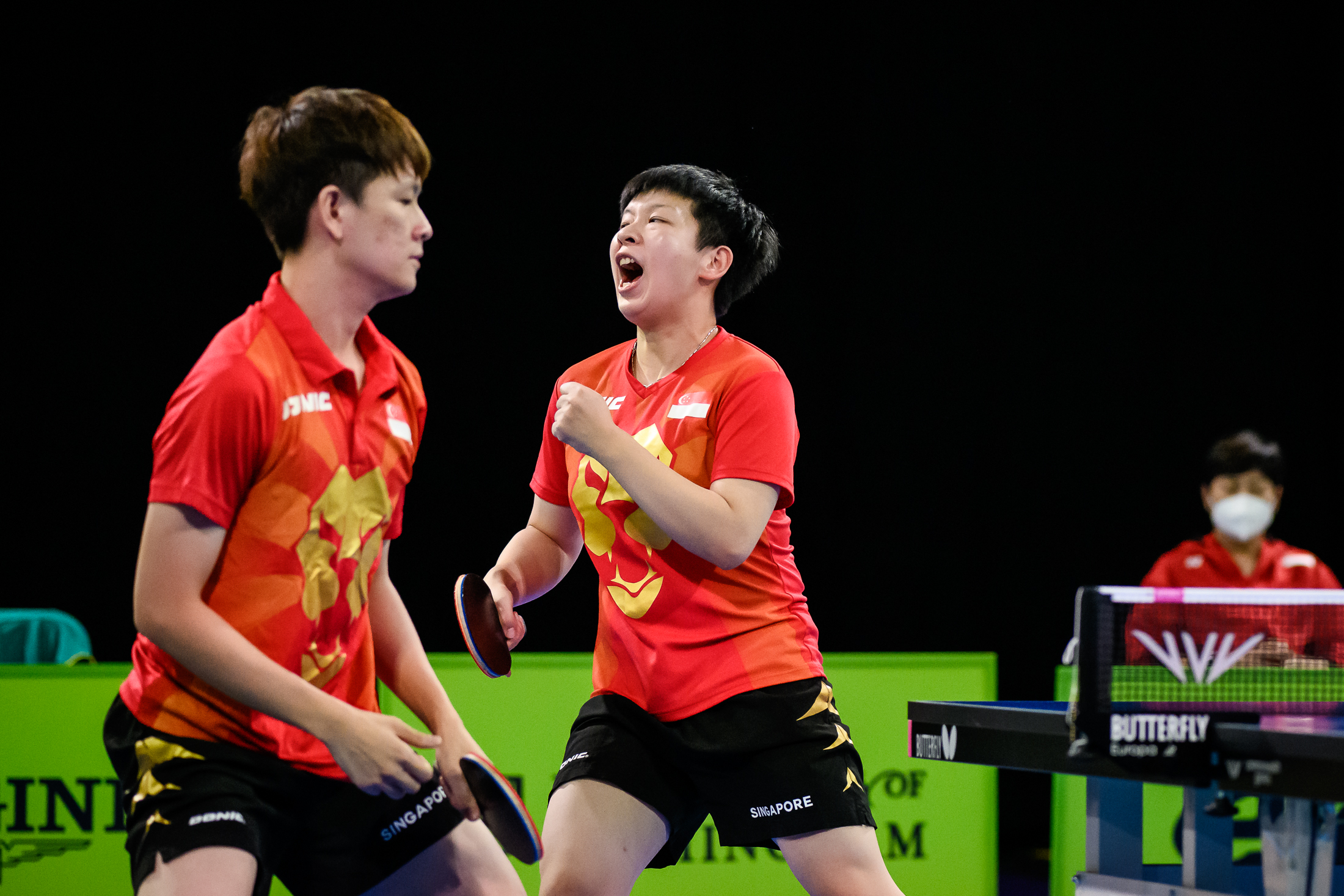 Clarence and Zeng Jian are also in the semis of the Mixed Doubles event after quick 3-0 victories. The pair had to deal with Malaysia’s Wong Qi Shen and Tee Ai Xin in the round of 16 and half a day later, went on to defeat Australia’s Finn Luu and Liu Yangzi. Another Malaysian pair, Javen Choong and Karen Lyne, await Clarence and Zeng Jian in the next stage. 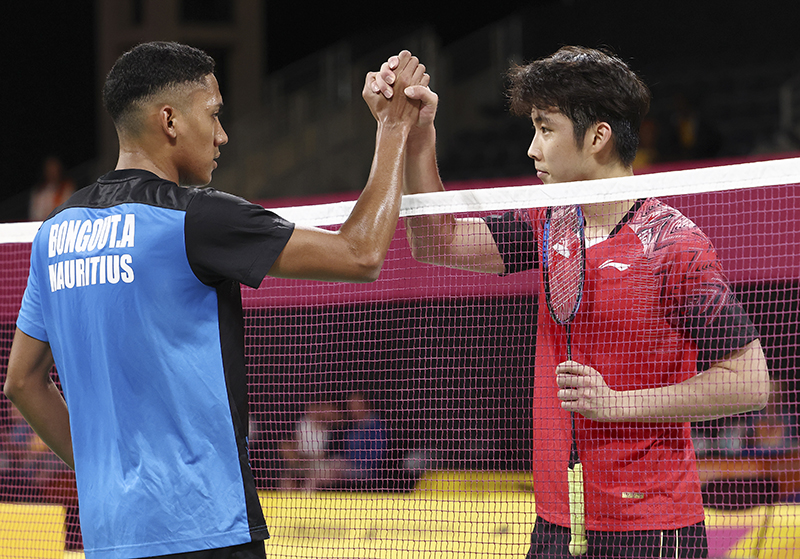 Loh Kean Yew exchanges a handshake with Alexandre Bongout after their Round of 16 clash. Photo Credit: Sport Singapore/Darren Staples

In badminton, Loh Kean Yew inched towards his first Commonwealth Medal in the Singles event after consigning Alexandre Bongout from Mauritius to a 2-0 defeat in the Round of 16. He’s joined by Teh Jia Heng, who also had no problems advancing to the quarters after sending Sri Lanka’s Niluka Karunaratne out of the competition with a 2-0 scoreline.

Yeo Jia Min was next to book her place in the quarter-finals after a convincing 2-0 win against England’s Freya Redfearn in the Women's Singles.

Crystal Wong and Jin Yujia are also in the quarter-finals of the Women’s Doubles event; they defeated Australia 2-0 and will face Malaysia later today.

And in the mixed doubles, Terry Hee and Jessica Tan continued their fine form to defeat Scotland 2-0 and book a place in the quarters against New Zealand. 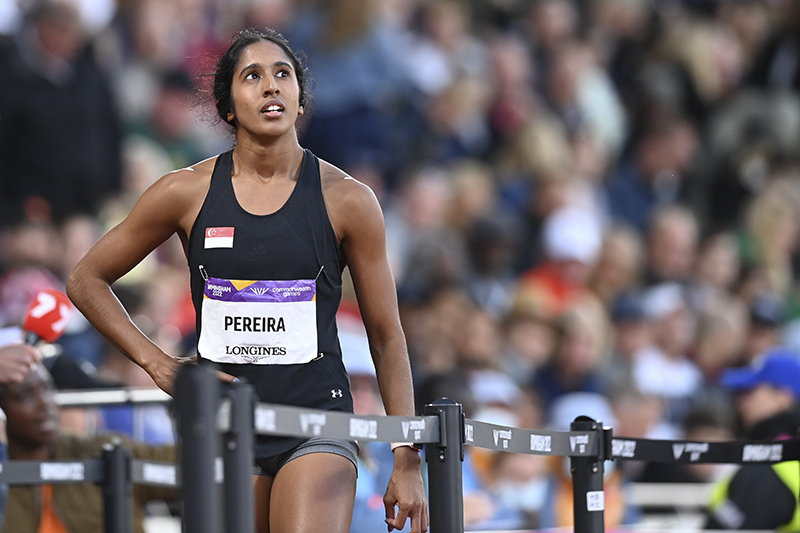 Shanti Pereira finds out she has matched her personal best of 23.46 seconds in the semi-finals of the Women's 200M sprint. Photo Credit: Sport Singapore/Glyn Kirk

In athletics, Shanti Pereira will not be in the final of the Women’s 200M sprint after falling short in the semis. Despite finishing 11th out of 24, Shanti equalled her personal best of 23.46 seconds in the semis and will have a strong foundation to work on as she chases a faster time in the future.

Meanwhile, the quarter of Tan Zong Yang, Calvin Quek, Thiruben Thana Rajan and Reuben Lee finished the Men’s 4x400M Relay Heats with a time of 3:15.01 minutes but found themselves missing out on a place in the final. 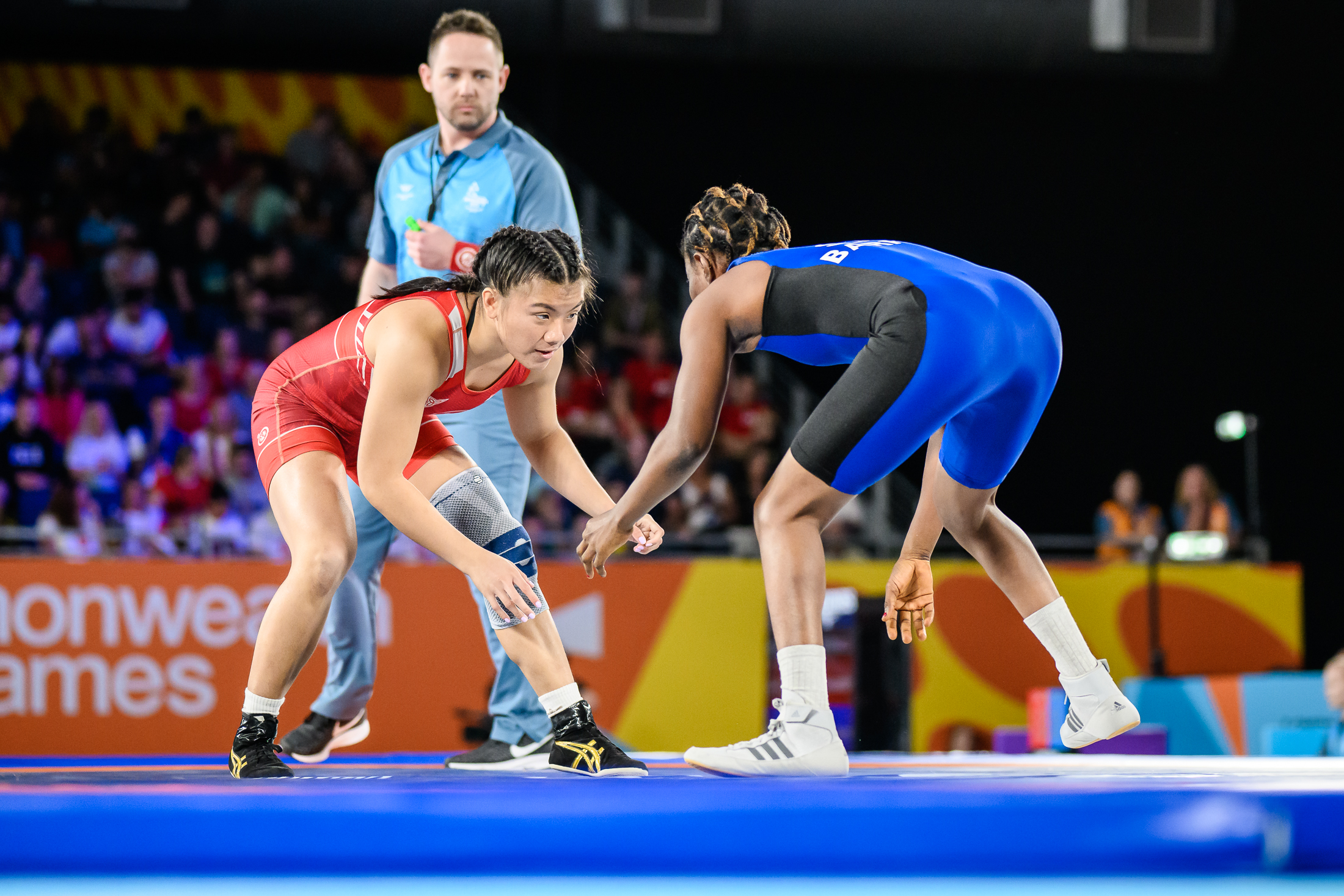 And in the wrestling Women's Freestyle 57kg Round of 16, Danielle Lim secured a 6-0 Victory by Fall against Sierra Leone’s Zainab Barrie to make it to the quarter-finals, only to fall by VSU (Technical superiority) 10-0 to Canada's Hannah Taylor.

Lou Hong Yeow is the remaining wrestler in Team Singapore with something to fight for; he will compete in the quarter-finals of the Men's Freestyle 74kg.