Team Singapore shuttlers Terry Hee and Jessica Tan Wei Han are guaranteed at least a silver medal in the Mixed Doubles at the 2022 Commonwealth Games after they stunned the top-seeded Malaysians Tan Kian Meng and Lai Pei Jing in the semi-finals. This is also the first time that a Singaporean pair has reached the final of the event. 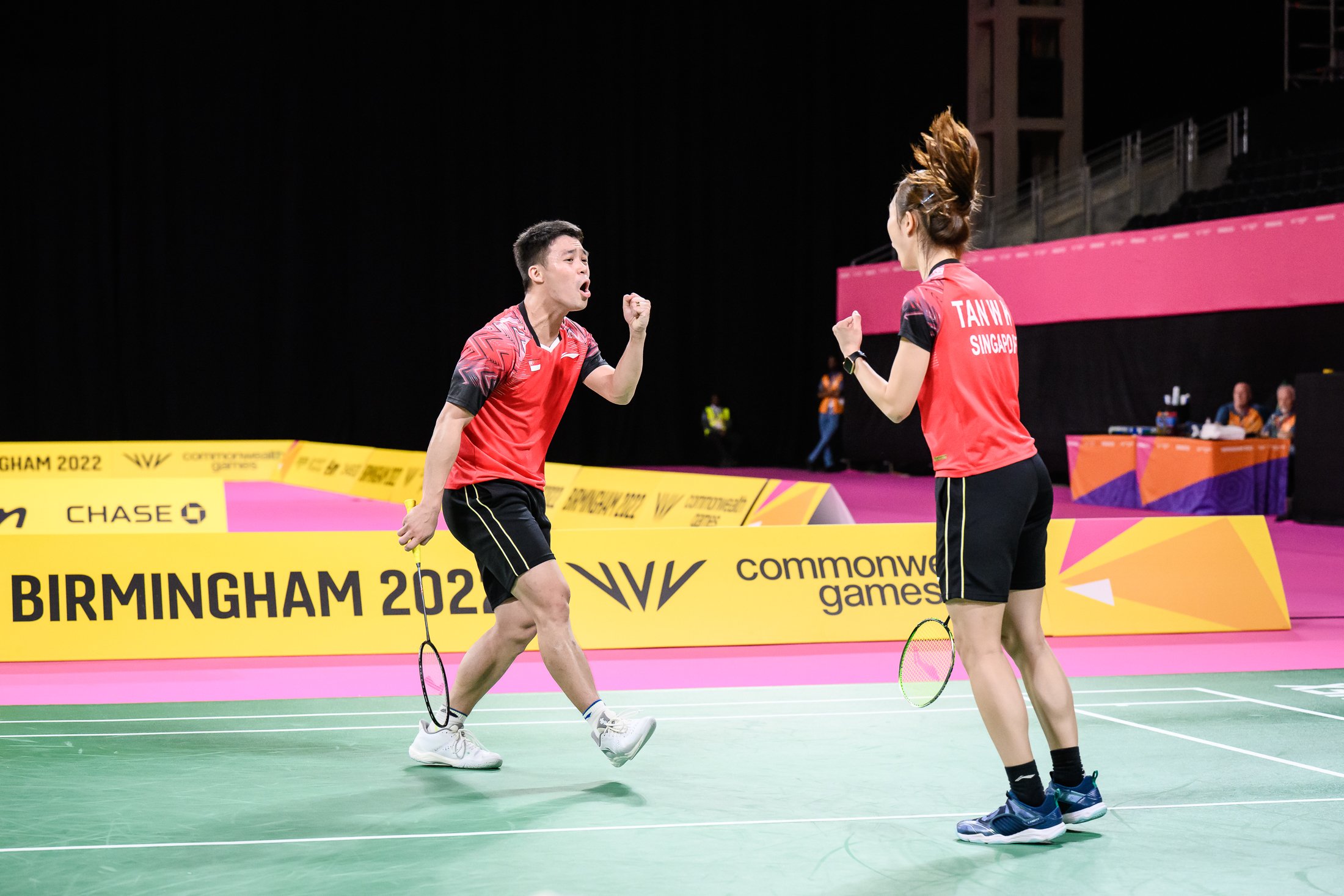 Terry and Jessica had beaten Tan and Lai twice before this encounter, but that was way back in 2015 and 2016. This time, the Malaysian duo came to Birmingham as one of the favourites and the number 1 seeded pairing hit the ground running to take a 11-6 in the opening game.

But the 3rd seeded Singaporean duo fought back to close up the gap and took a 19-18 lead. It set the stage for a nail-biting finish, with both sides swapping leads and saving game points. At 24-23, Terry produced a delicate touch and his shot fell right on the line as Team Singapore edged Malaysia to take a 1-0 lead. 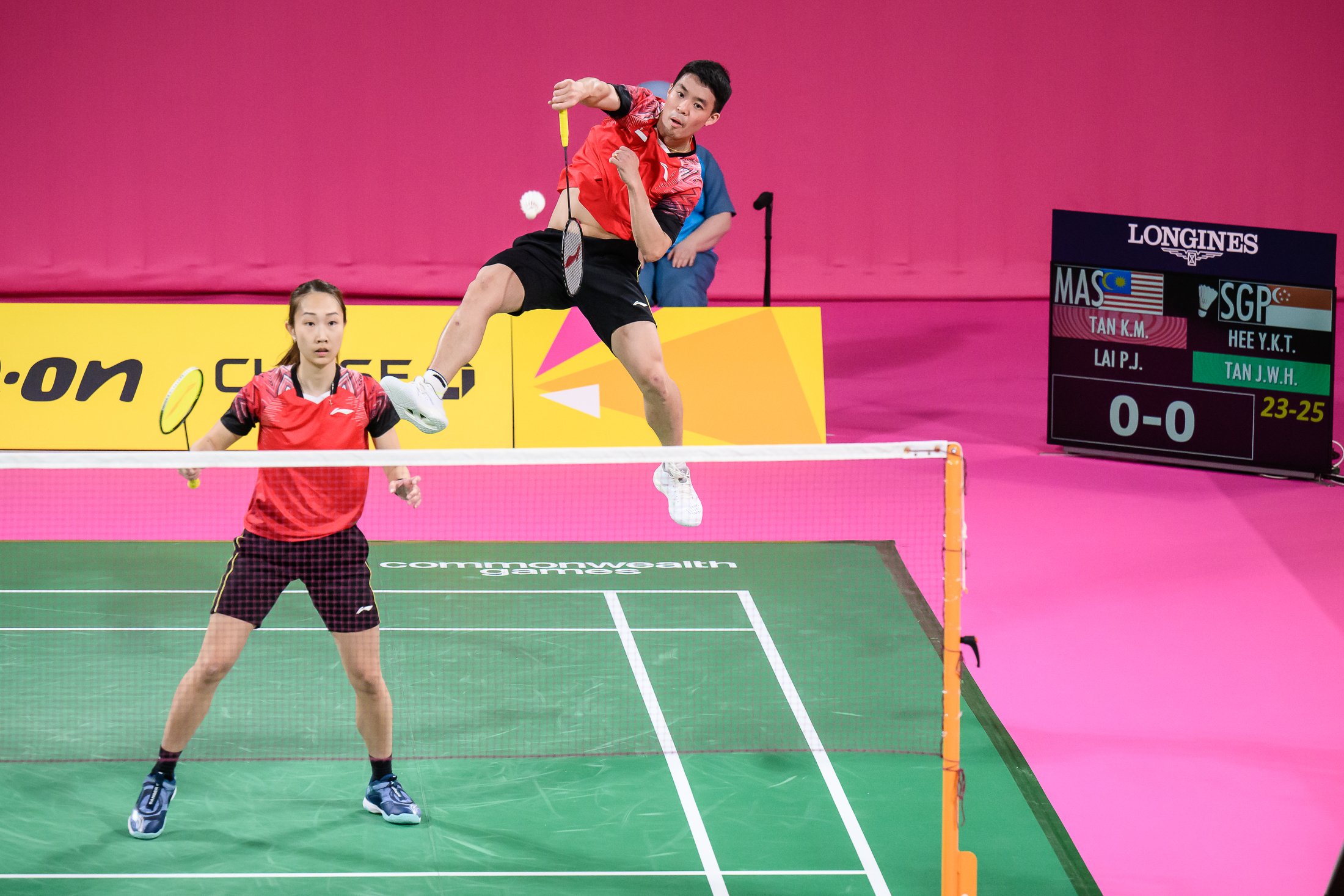 Terry Hee and Jessica Tan in action in the 2nd game of the semifinal. Photo Credit: Commonwealth Games Singapore/Andy Chua

Terry and Jessica maintained their momentum to stay in the lead in the 2nd game. They would withstand a brief comeback from the Malaysians before sealing the tie 25-23, 21-15 in just under an hour to make a historic entry to the final. 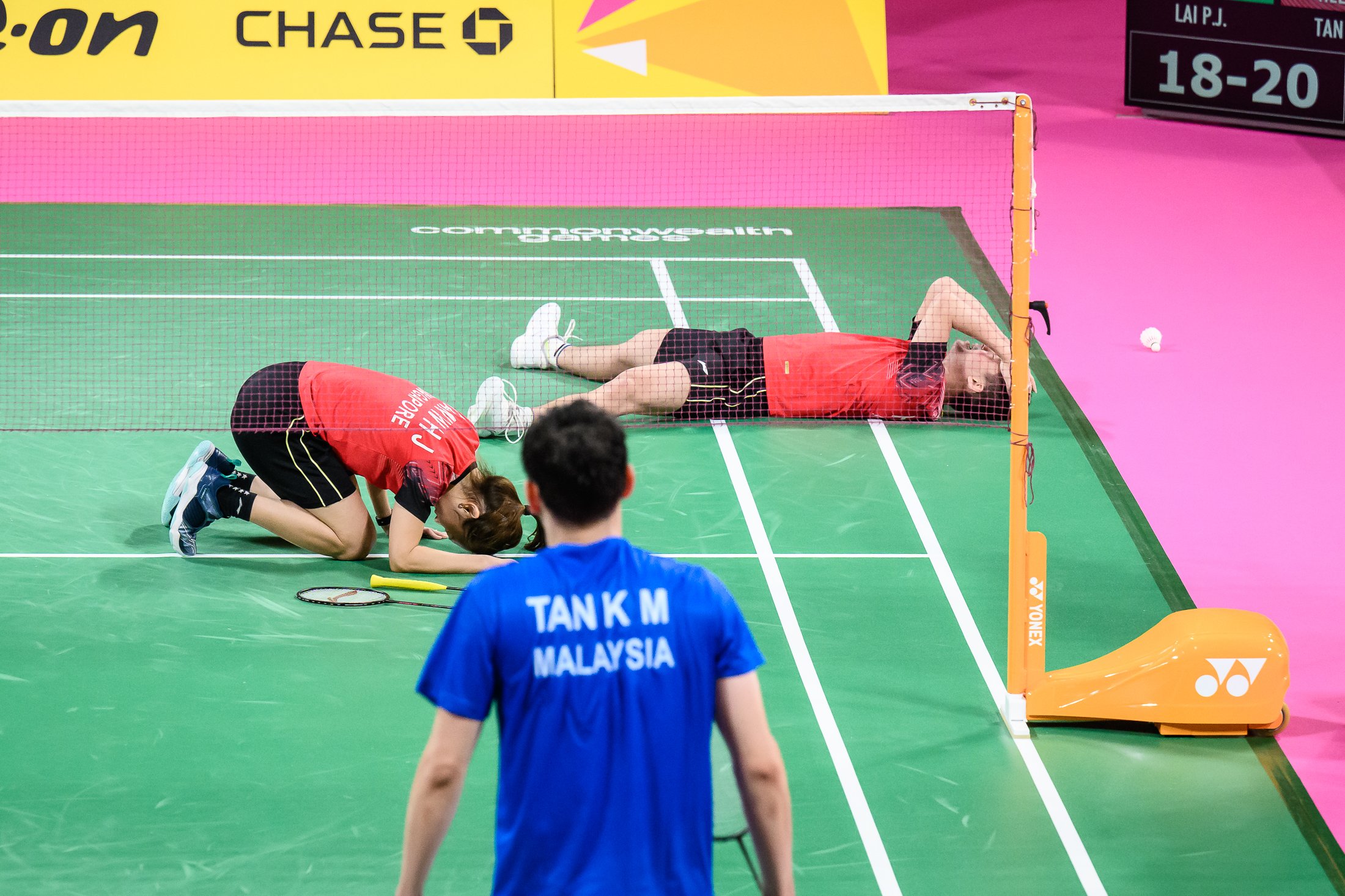 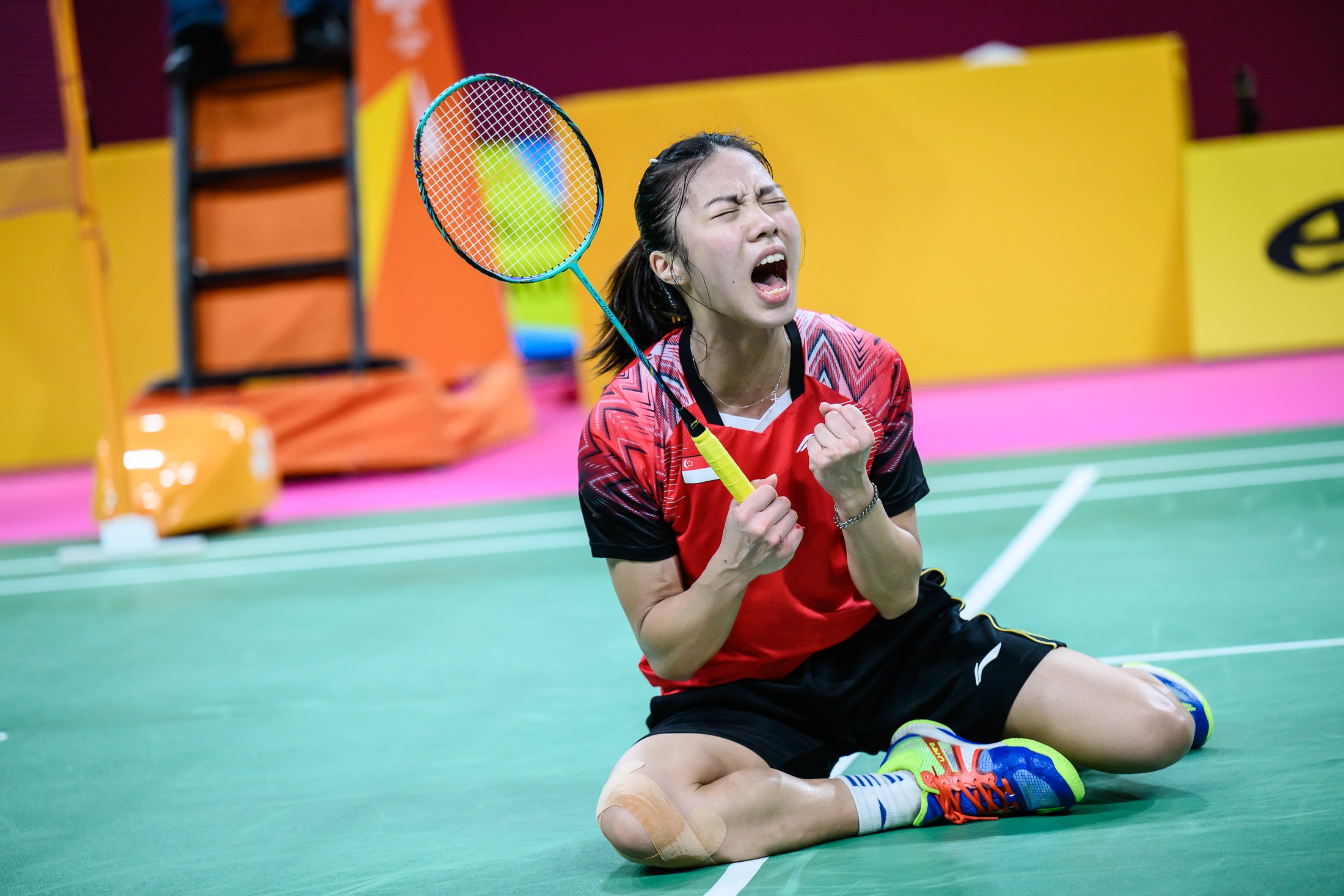 Trailing 13-9 in the opening game, Jia Min kicked into gear to power a 12-1 scoring run that would see her clinch the first game 21-14. The second game was a closely fought battle with the two players exchanging leads. But it was Jia Min again who rose to the occasion, sealing the match point at the second time of asking to win the match 21-14, 22-20. This is Singapore’s first medal in the event in two decades.

Earlier in the semifinal, Yeo was beaten by world number 7 and defending champion Pusarla V Sindhu of India 21-19, 21-17.

Despite ranking 74 places below the world number 13 Indian, Jason made sure he gave his best and kept pace with his opponent, forcing an 11-11 deadlock after the interval. Kidambi, the former world number 1, then upped the ante to score 8 consecutive points. Jason responded well with a mini rally of 4 unanswered points, but it wasn't enough to close up the gap as the Indian shuttler took the opener 21-15.

In the 2nd game, Kidambi was again in control, leading 15-7 at one stage. The 21-year-old Singaporean however didn't give up and fought his way to trail by just 4 points at 19-15. He suffered an injury in the process and was constantly holding his left hamstring in between plays. But Jason showed his grit to score more points before the more experienced Kidambi settled the game 21-18 to take the bronze medal.

In the semi-final played earlier in the day, Jason pushed the 2nd seeded Lakshya Sen all the way before succumbing to a 21-10, 18-21, 21-16 defeat in 78 minutes. It was a vast improvement for the Singaporean rising star, who was beaten by the same opponent 21-8, 21-8 last year in the Dutch Open.