History of: Red Cards in Football 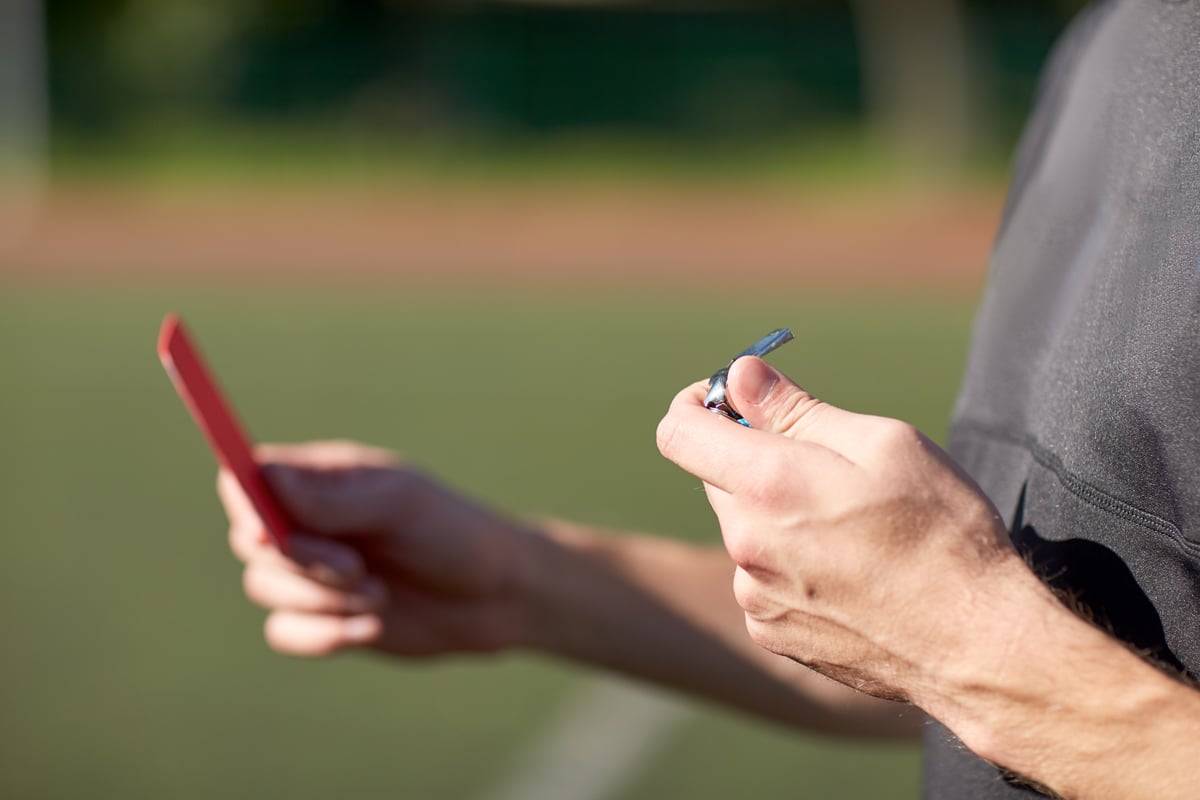 Football is a century-old sport that has seen multiple rule additions and revisions throughout its development before taking on the modern shape that we love today. Of all the introductions, perhaps none have been as influential as that of the carding system, i.e. the issuing of yellow and red cards for rule infractions during play.

The cautioning and sending off of players were in play as far back as 1881. In fact, there was actually a sending off on the second day of the first-ever World Cup back in 1930! But did you know that the yellow and red card system itself is actually younger than the Republic of Singapore? We're not kidding. Yellow and red cards were only introduced to the beautiful game in 1970!

What made the visual representation necessary?

In Singapore, we are taught English and a Mother Tongue that reflected our ethnicity in school. Having a common language and culture makes verbal communication (or even by gestures) on the pitch easier to understand. In international games, however, communication between a referee and a player could often be difficult.

Think back to our first sell-out match at the National Stadium. A local referee officiated the match between the Japanese and Brazilian National Teams. Imagine, if you will, the scenes when the referee has to convey to a player that he has been sent off, without the usage of cards.

Now picture the notoriously ill-tempered match between Italy and Chile at the 1962 World Cup, where English referee Ken Aston had to send off Italian player Giorgio Ferrini, who spoke no English and initially refused to leave the pitch since he didn’t understand that he was being sent off.

It happened again 4 years later when Argentinian Antonio Rattin was sent off in the World Cup quarter-finals against England. The referee officiating that match was a German who spoke no Spanish. Rattin eventually had to be escorted from the pitch by two police officers. It was an ugly sight. 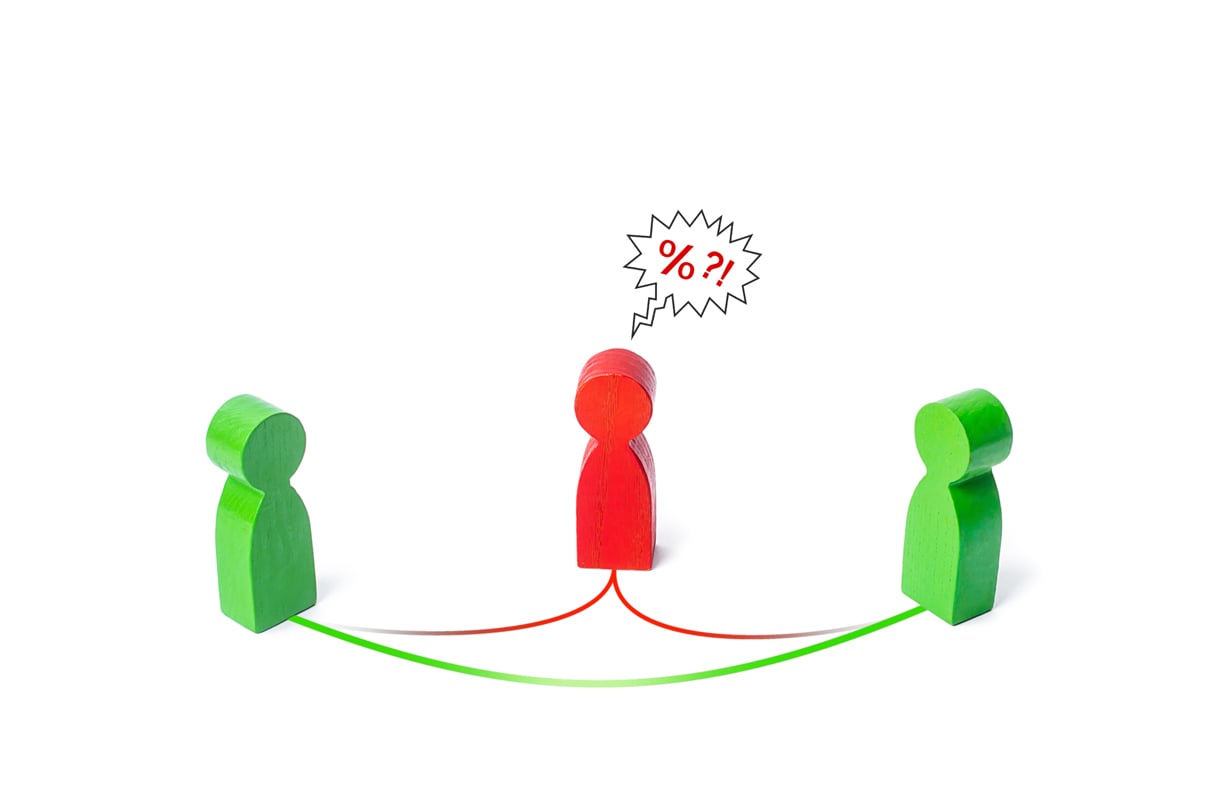 Following that incident, Aston, who had by then been appointed to FIFA’’s Referee Committee, was driving in London while mulling a further confusion from the day. A player by the name of Jack Charlton would only find out that he had been cautioned by reading about it from the following day’s papers. Without a reliable common language, the need for clarity became ever more pressing.

Inspiration struck when Aston stopped at traffic lights in High Street Kensington. Credit for the design actually belongs to Aston’s wife, who improvised a pair of pocket-sized cards made of red and yellow paper, forming the basis of the idea that would be submitted to FIFA.

After a successful trial at the subsequent 1970 World Cup, the cards were gradually accepted by global federations over the following years. The 1970 World Cup, along with the 1972 European Championship, would pass without a dismissal, however.

It took until the 1974 World Cup in West Germany for the red card to make its first visual appearance at a major international competition. 5 were issued in that tournament. The first was issued during the tournament’s curtain-raising fixture between host West Germany and Chile. Chilean forward Carlos Caszely picked up a second yellow card on the 67th minute, placing him in the history books.

Referees began to become increasingly demonstrative in the way that they officiated games. As violence on the terraces spiked in regularity in the 1970s and early 1980s, blame was left on the referees’ collective doorsteps for the showboating nature of some. In 1981, the English FA Council abolished the card system in the hope that it would curb hooliganism through the reduction of triggering visual impetus.

That attempt was doomed from the get-go, however. By 1987 the decision was taken out of the English FA’s hands. The International Football Association Board, which is in charge of the introduction of rules across the sport of football, decided that England was out of step with the rest of the world and needed to re-introduce cards ahead of the 1987-1988 season, which they did.

There can be multiple reasons that contribute to the issuing of the red card, though most of it tend to be violent in nature. Here or some of the most notorious examples:

Persuaded out of retirement by coach Raymond Domenech, the legendary Zinedine Zidane was the talismanic captain that led his side to the finals of the 2006 World Cup in Germany. His performances during the tournament even saw him awarded the Golden Ball as the player of the tournament.

There were 10 minutes left of extra time, with both finalists tied at one apiece. Zidane and Italian centre back Marco Materazzi could be seen exchanging words as they jogged towards the halfway line. Then the unthinkable happened. Zidane suddenly turned around and delivered a nasty headbutt to Materazzi’s chest, sending the Italian to the ground. The referee didn’t notice the incident, only stopping play when he saw Materazzi on the ground. After consulting the fourth official via headset, he brandished the red card. France would go on to lose to Italy on penalties.

It was later confirmed that Materazzi’s provocation instigated the incident. Regardless, that World Cup would forever be defined by the headbutt, and the scene of Zidane walking glumly past the FIFA World Cup trophy as he left the pitch for the final time in his playing career.

The Hands of God

For the five years between 2010 and 2014, Uruguayan striker Luis Suarez seemed to be a magnet for controversy. He was found guilty of racially abusing an opposing player in December 2011, and is well known for his biting three-peat.

His shenanigans “started” during the 2010 World Cup, in the quarter-final match against Ghana. The teams were tied 1-1 at extra time. A goalmouth scramble, a goalbound header; a game-winner, had Suarez not slapped the ball away before it could cross the line. It was an immediate red card for the professional foul, but Ghana failed to convert the ensuing penalty (which Suarez celebrated wildly as he was entering the tunnel) and eventually fell in the subsequent shootout.

Suarez could probably have avoided the dismissal had he responded to the threat by heading the ball away instead. But the most intriguing part of the incident wasn’t the handball - it was that Suarez wasn’t the only one who sought to use his hands to deny the goal!

The 2014 World Cup had its fair share of red cards. But with Suarez escaping a booking for sinking his teeth into the shoulders of Italian centre back Giorgio Chiellini, the most notable red card for that tournament went to a moment of unprovoked madness.

1-0 up against Cameroon in their group stage fixture, Croatia were on the counterattack. Cameroonian midfielder Alex Song was seeking to close the distance between him and the Croatian winger who was carrying the ball when he bumped into opposition striker Mario Mandzukic. One malicious elbow later, and the offender was promptly sent off for his violent conduct.

Croatia would go on to win the match 4-0. Who knew that all you needed to get yourself an early shower was to unleash the people’s elbow?

For local fans, there is no forgetting the semi-final heartbreak during the rescheduled AFF Suzuki Cup 2020. Our Lions lost 3 players to red cards – Safuwan Baharudin at the end of the first half, Irfan Fandi in the 67th minute and Hassan Sunny, with less than 2 minutes remaining at the end of extra time. Despite the numerical disadvantage, TeamSG fought all the way till the end and were given a standing ovation by the home fans, in their final appearance at the 13th Suzuki Cup edition.

For more information on how the match played out, check our match report here.

Some infractions are more serious than a typical yellow card offence, but not quite “worthy” of a red card. With little leeway, bookings can become fertile breeding grounds for controversy and dissent. The latter, in particular, can be bookable too, which can quickly become a double whammy that is somewhat unfair. It is not that easy to stay calm when feeling aggrieved by a refereeing decision.

As such, the English FA has seen fit to pilot a temporary dismissal scheme, where players guilty of dissent would leave the pitch for ten minutes instead of getting a booking. After a successful trial in the lower Leagues (Step 7 and below), it has been introduced to all grassroots level leagues from the 2019/20 season.