History of: The Butterfly Stroke 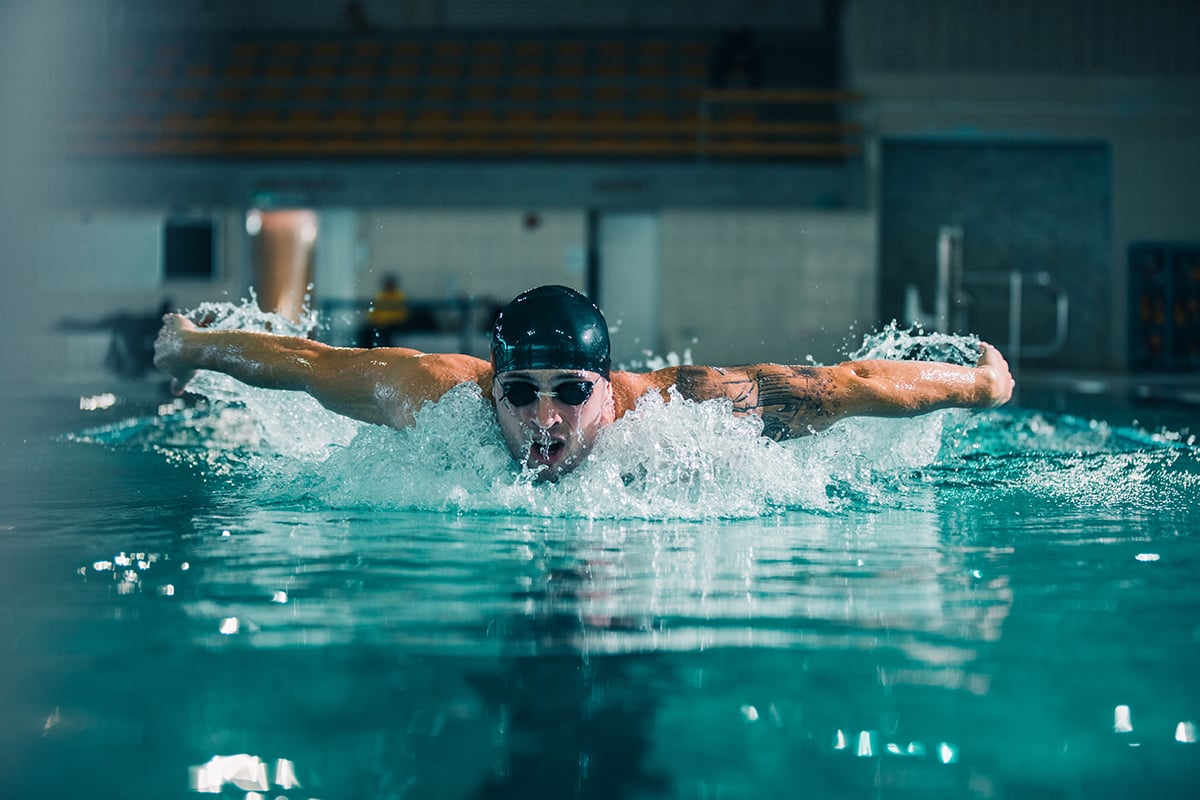 After more than 26 months of DORSCON Orange, today marks the first day that we are back down to Yellow. Cue the (controlled) celebrations!

From today onwards, you will also no longer be required to pre-book a slot for swimming. Feel free to proceed to your preferred swimming complex and scan in with your NRIC or My QR on your ActiveSG app at the turnstile for admission.

Singaporeans who have even the most fleeting interest in sports would be no stranger to the swimming - our first Olympics and Paralympics Gold medals were attained from the sport, after all.

But not many would know the history of the swimming strokes we see nowadays. In this article, we look at the origins of the butterfly stroke, the event in which our very own Joseph Schooling claimed gold.

The butterfly stroke is a test of endurance, fortitude, and shoulder strength. Often regarded as the most complex stroke to learn, it has become a staple of swim meets and punishing practices.

In all accounts of its history, the butterfly stroke began as a mutation of the breaststroke. There are two parts to what we now call the butterfly: the arm movement (pull) and kick, each developed independently of the other. However, there isn’t actually a universally recognized creator of either.

Most competitive swimmers swam the traditional breaststroke during the early 1900s. As such, many experimented with ways to improve their times. Of those who did, four became noted as the potential creators of the butterfly pull: Erich Rademacher, Henry Myers, David Armbruster, and Sydney Cavill.

The butterfly arm motion saw the swimmer recover their arms out of the water, instead of in it as the traditional breaststroke does. Not surprisingly, this would expend more energy and require considerable coördination; but it paid off with faster times.

Rademacher tried out the arm motion, paired with the traditional breaststroke kick, in races as early as 1927, during a visit to the United States. He insisted that he was still operating within the rules of breaststroke swimming. In 1933, Myers used the new arm stroke at a Brooklyn Y.M.C.A. swim meet, where he beat the American medley champion, Wallace Spence. Though confused by the pull, the officials determined Myers was still legally performing the breaststroke. However, the International Swimming Hall of Fame would officially credit Australian swimmer Cavill as the developer of the pull.

During the same years that Rademacher, Myers, and Cavill were experimenting with their arms, a young physicist named Volney Wilson was spending much of his free time attempting to marry the different ways animals propelled themselves through the water with human motion. In the pool at the Chicago Athletic Club, he began to experiment with a new kind of leg movement for human swimmers: the dolphin kick. He quickly mastered it, pairing the sine-wave legs with the traditional arm movement of the breaststroke. Wilson then tried to popularize his new kick through demonstrations at swim meets, and even won an Olympic trial, in 1938, before being disqualified for using an illegal technique.

Instead of Wilson, credit for the dolphin kick usually goes to the previously mentioned David Armbruster, who, as a coach at the University of Iowa, had been reported by some accounts to have developed the pull while looking for a quicker recovery method for his breaststroke swimmers. In the 1930s, Armbruster, with his swimmer, Jack Sieg, began to experiment with a dolphin-like kick. Quickly after, the dup figured out that combining the two techniques together would yield the greatest results! That was two dolphin kicks with butterfly arms per cycle.

It was only a matter of time before arms met legs—but when exactly it occurred is difficult to say. The International Swimming Hall of Fame considers the Japanese swimmer Jiro Nagasawa among the first to combine the butterfly arm stroke with the dolphin leg kick, and he’s given credit for helping to popularize the stroke. In 1945, Nagasawa set a world record using the butterfly. By 1954, the stroke was officially recognized as the “butterfly” by the International Swimming Federation. Two years after that, the stroke was accepted into the Olympics as a separate category for competition.

Looking to get your feet wet? Come quench your thirst for swimming at any of our ActiveSG Swimming Pools today! We test our pool waters 5 times a day, in accordance with NEA’s guidelines. We also prominently display signs for users to observe the proper hygiene practices for the safety and benefit of all swimmers and have included enhanced measures.

The pools will be opened daily from 8am to 9.30pm. But wait, there’s more! ActiveSG swimming pools will be open for morning swim starting from 6.30am on alternate days (excluding Sunday). Please refer to the table below for the opening hours and days at the respective pools.