History Of: The Treadmill 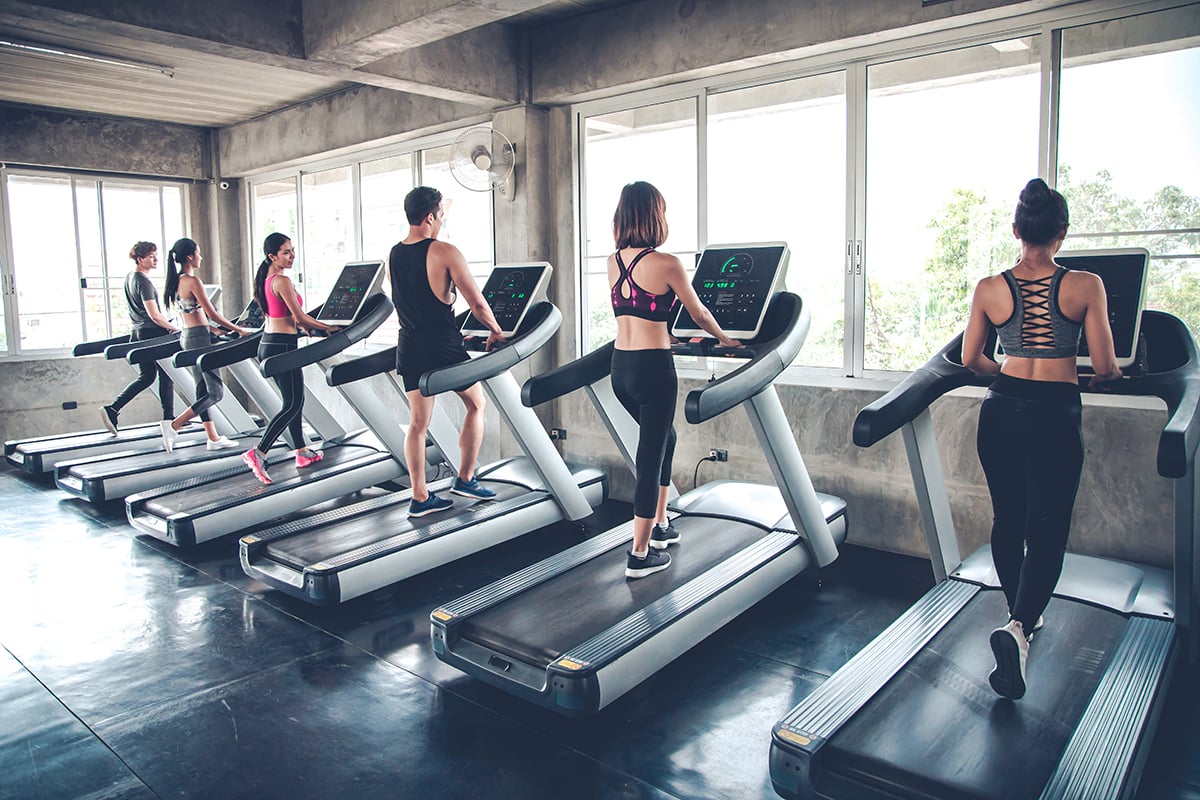 Treadmills are one of the most popular pieces of exercise equipment in the world. Unsurprisingly, the demand for a home treadmill has only surged during the pandemic years, among other equipment. Running and brisk walking are some of the most popular physical activities in Singapore, after all. The home treadmill allows you to do so in the comforts of your home, without having to worry about the weather or pandemic restrictions.

While modern treadmills are primarily used (unless collecting dust) for exercise today, you might be surprised to learn that their origins go as far back as thousands of years ago, and had nothing to do with exercise!

Imagine a water wheel, but instead of being powered by flowing water, it is run by humans (and/or animals) treading on the paddles. This treadwheel is the fundamental basis of the treadmill we see today.

The gigantic hamster wheel allowed the ancient Romans to move 6 thousand kilograms of materials alone, which facilitated the construction of some of their most impressive structures like massive aqueducts. Variants of the treadmill have been found in Roman Europe, in mines from Spain to Romania. In the Middle Ages, treadwheel cranes even became instrumental in building lofty Gothic cathedrals.

These walking powered mills were also used for industrial purposes like pumping water out of mines. In the 19th century, mills became widely used on farms for labour such as grinding wheat, churning butter, kneading dough, etc. But by then, these machines could be run by water, wind, and animals. Some treadmills in this period even closely resemble what we see today - a conveyor belt system with an enclosure to keep the horse(s) walking on it to power machines.

Executions and deportations were the common punishments meted out in English prisons during the 1800s. Those locked away faced hours of solitude in filthy cells. Social movements (led by religious groups or even celebrities like Charles Dickens) sought to rectify this issue. When their movement succeeded, entire prisons were remodelled and new forms of rehabilitation were introduced. 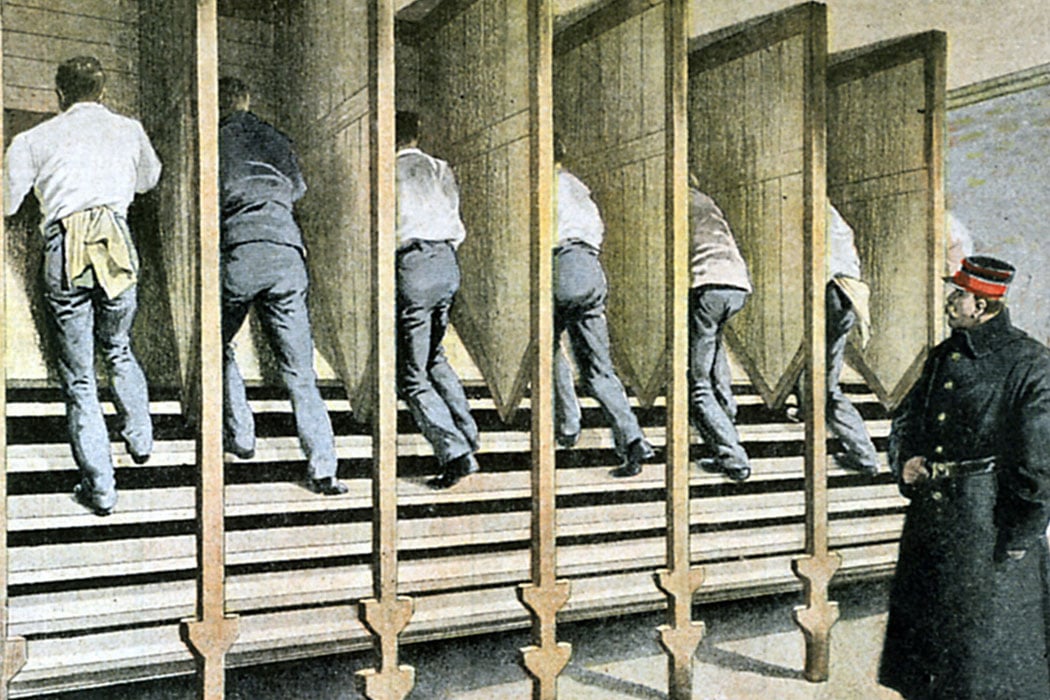 In 1818, English engineer Sir William Cubitt (famous for overseeing the construction of The Crystal Palace in London in 1851) came up with a solution. Here is how it worked: Prisoners stepped on 24 spokes of a large paddle wheel. As the wheel turned, the prisoner was forced to keep stepping up or risk falling off, not too dissimilar to our modern stair steppers. Meanwhile, the rotation made gears pump out water, crush grain, or power mills.

The invention arrived at an apt time. These devices were deemed a fantastic way to whip the formerly idle prisoners into shape while keeping prisoners separate. Its popularity skyrocketed, with as many as 109 (out of 200) British prisons utilising the system by 1842. Additionally, as prisons began providing necessities, people worried that the poor would commit crimes just to get free stuff. Such luxuries needed to be offset by labour—ideally, labour that was painful and possibly even pointless.

And it sure was painful. It is estimated that, on average, prisoners spent about six hours on the treadwheel daily. That’s about 1.5 to 4.3 kilometres. Imagine climbing halfway up Mount Everest five days a week with little food. Unsurprisingly, combining poor nutrition with heavy physical exertion led to multiple prisoners suffering breakdowns and injuries.

Within a century, the once-popular prison treadmill proved too cruel and pointless and was eventually scrapped in favour of education and actual labour (not simple work that could be outsourced to animals).

By the 1960s, treadmills became used near exclusively by doctors like Dr Kenneth Cooper, who used them to conduct stress tests. In his 1968 book “Aerobics”, Cooper concluded that if you ran a mile (about 1.6 kilometres) in 8 minutes and did it four to five times a week, you would always be in a good fitness category.

The book served as inspiration for American mechanical engineer William Staub, who sought to develop commercial treadmills so people could run their eight-minute miles indoors.

“The treadmills we were using were very expensive, but there wasn’t one on the market for the masses. And that’s why he said, ‘We need this,’ ” Cooper said. “I encouraged it. I said, ‘If you can develop a treadmill that could be used in a home or an apartment it would be a slam dunk.’ And it was.”

Staub’s first treadmill — 40 steel rollers covered by an orange belt, a grey cover over the motor, and orange dials to determine time and speed, wasn’t a hit initially. The concept had been long gone from public discourse at this point. But it eventually revolutionized the way people exercise, and we see it everywhere now.

It’s raining; it’s too hot; it’s too early; it’s too late… Ever used one of the above as an excuse to skip running/walking? The treadmill covers all that. As with all forms of physical activity, run in moderation, and don’t bite off more than you can chew!

Stay tuned for more details on ActiveSG's upcoming brisk-walking event! While you are here, don't forget to check out the ActiveSG Sport Series page and subscribe for the latest updates!