My Dad the Sporting Legend

Sporting legend Canagasabai Kunalan, better known as C.Kunalan, is no stranger to Singaporeans. The retired sprinter is highly regarded as one of Singapore�s greatest ever athletes.

Which led us to wonder, does being a sporting parent help when it comes to raising active kids? Active Parents caught up (pun intended) with C.Kunalan to find out if that�s the case.

When asked whether being such a prominent sporting legend has affected him as a parent, Mr. Kunalan said matter-of-factly: �I am not affected by any of this. I am also not sure if this has helped me as a parent.  My wife was a National sprinter too and was very active until about 20 years ago when she had to undergo surgery to remove a brain tumour.�

When both your parents are national athletes, it was inevitable that you are going to be exposed to sports at a young age, a lot! Mr Kunalan�s daughters remember that they were exposed to a ton of different sports when they young, from running to playing in the gym, learning how to play tennis, and even playing at the long jump sand pit!

One of his daughters, Gina, shared: �There were lots of things but not running in particular. Which was good because I found running incredibly boring. The only reason I was willing to go jogging with mum was because I wanted to be with her all the time and sometimes, she would buy me very expensive ice cream from the kiosk at Botanic Gardens. I think it was $1 or 1.50 which was exorbitant at the time.� 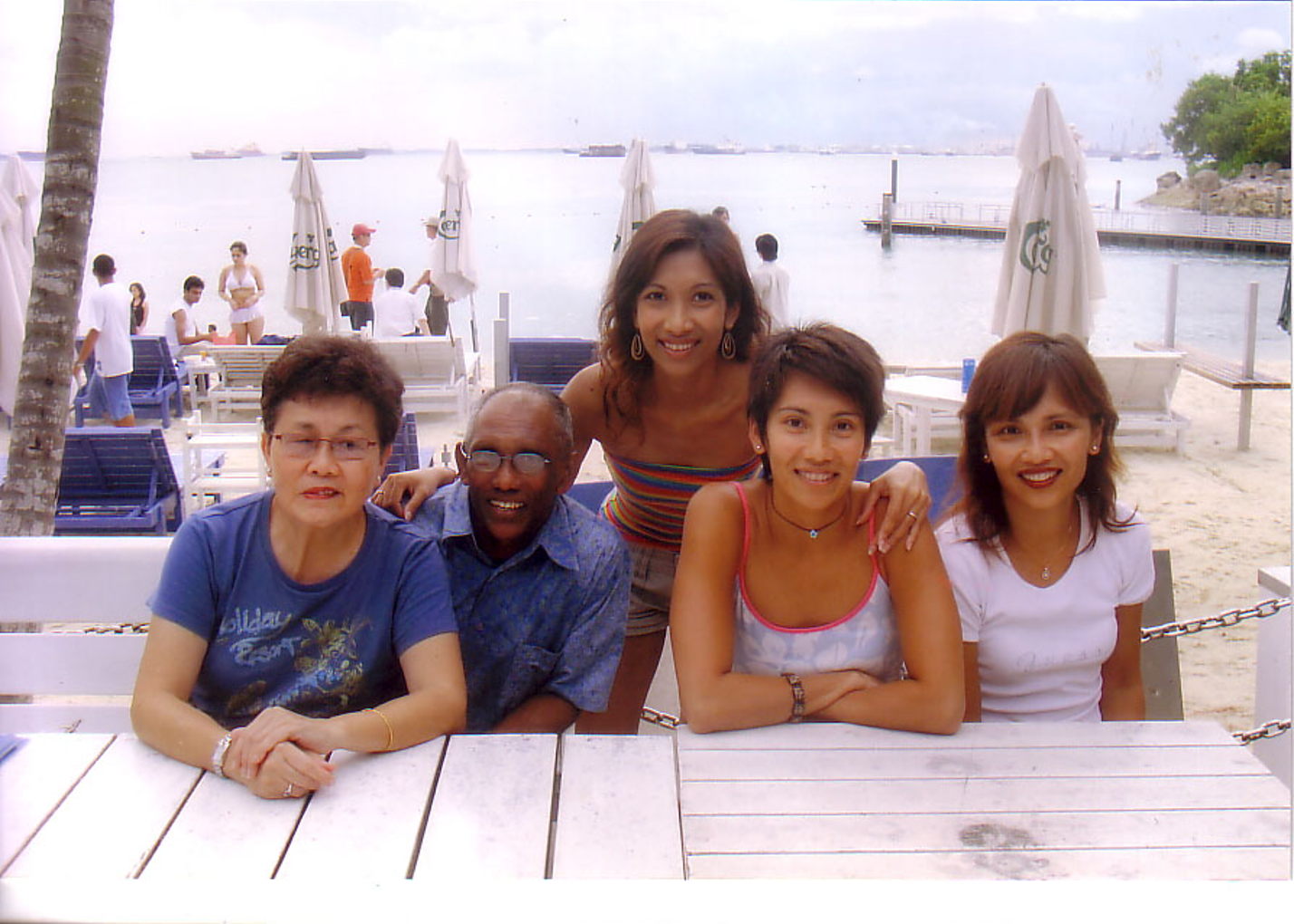 Even though Mr. Kunalan introduced so many different sports to his kids, he stressed that he never forced them to enjoy or take up any of them. He made sure that he exposed them to a variety of activities so that they can have fun and enjoy the activities.

Mr. Kunalan feels that competitive sports can put children under a lot of pressure, but it is that same pressure that teaches you everything you will need to face and handle life in general moving forward. Sports, of course, can also be recreational and that helps one to destress and to stay healthy, not to mention making friends when you take part in team sports.

When asked how he sets an example for his kids as a parent when it comes to staying active, Mr Kunalan�s second daughter, Mona, quipped: �You stayed active all this time even till this day.�

In case you are not aware, Mr. Kunalan is 77 years old. Enough said.

We all know that there is usually more hype around mums and Mother�s Day, with Dads being more low profile and less celebrated. Mr. Kunalan begged to differ though, saying that the modern-day Dads are different. Nowadays, they are closer with their kids and that he can see them playing equal roles with their wife in bringing up the kids.

With Father�s Day just around the corner, Mr. Kunalan does not have any plans to celebrate but will instead just go with the flow (as with every year) and see what his daughters will be planning for him.

Mr. Kunalan had this to say when asked to give some advice to fathers out there: �I know I don�t have to give advice to you modern day dads.  I see you guys in action all the time. Keep it up. You will be appreciated. And you will see the benefits when you grow older!�