ACS (I) Dominant in SAS Match-Up! 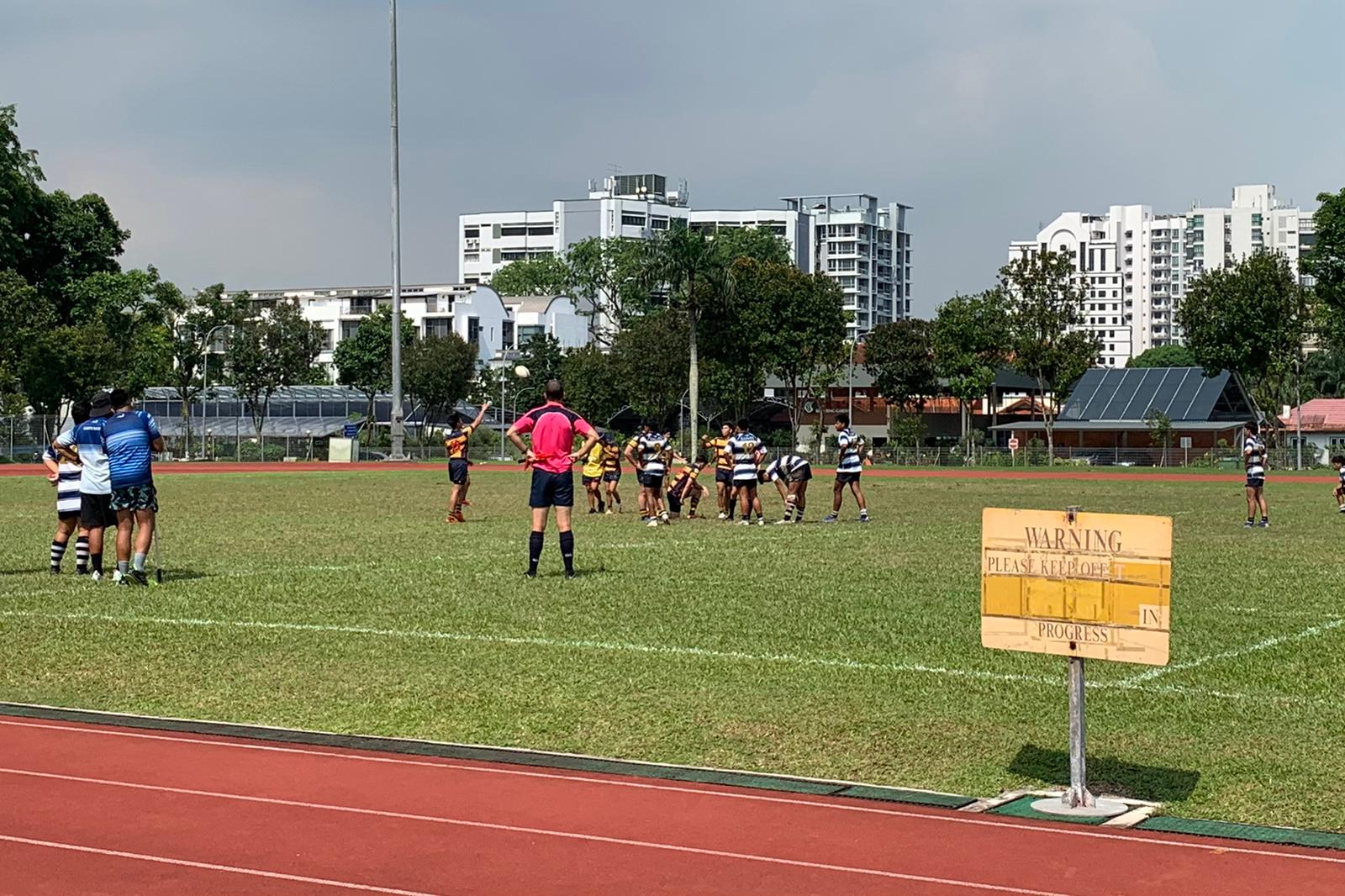 NSG Rugby returns in 2022, as the Evans Road playing field was the host for the B Division group clash between St. Andrew's Secondary School and Anglo-Chinese School (Independent). Photo by Mohit Lalvani.

With bright sunshine engulfing the rugby pitch at Evans Road, two teams with a history faced-off in a well-documented rivalry that would make Netflix producers rush to the scripting table. Anglo Chinese School (Independent) or ACS (I) on one side in their bumble bee kits, and St. Andrews Secondary School (SAS) in the blue and white, on the other, in two Division B group matches. 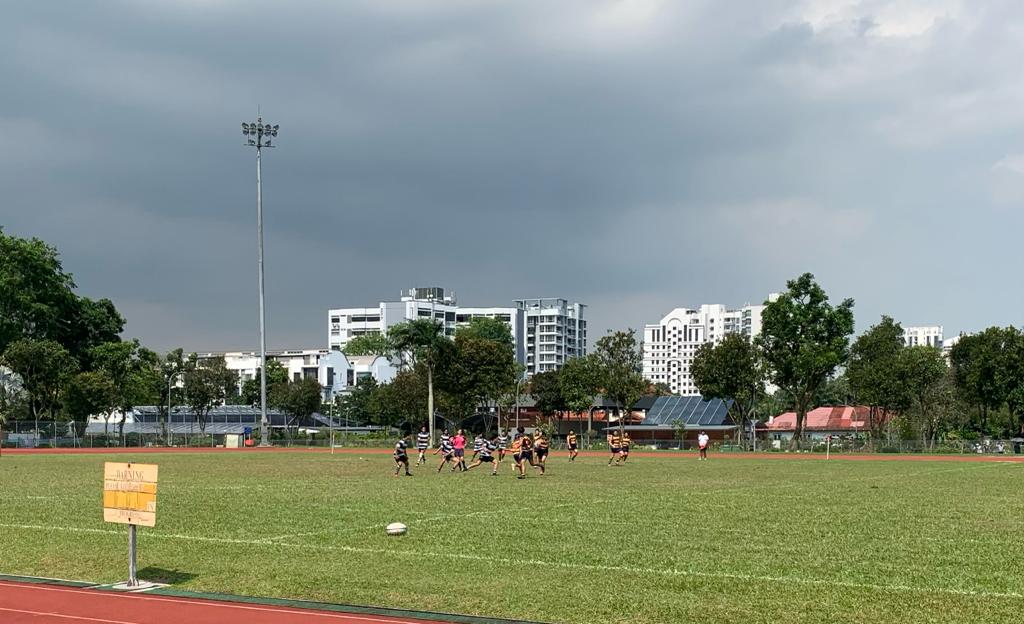 ACS (I) Sub-Team 1 in their bumble bee kits, pushing towards the Saints' line in the 1st half to lead 12-0. Photo Credit : Mohit Lalvani

Taking to the field (on 12 Apr) first were the 1st choice 7s teams from both schools. And racing quickly to the lead was ACS (I) scoring twice and converting once during the first half to go up 12-0. In the 2nd half, it looked like the SAS would come back and clawed back to 12-5 while holding their ground. However, it wasn’t to be and as the clock wound down, Shane O’ Hehir broke out of the pack for the try and the subsequent ACS conversion closed out the game 19-5 as the final whistle blew.

If SAS were looking for retribution in the 2nd team game, they were in for a surprise, as the ACS' Sub-Team 2 boys ,demonstrated speed and deftness to blow open the SAS back line that looked defenceless against the ACS forwards.

Kicking things off in the first few minutes of the opening half, Jedd Tan went down 3 times. Unwilling to be denied, he demonstrated great determination picking himself each time before finally breaking clear in what was an incredible try and giving the ACSians, the first points on the board.

Soon after, it was Noah Oey who broke through the SAS defence with a clever fake that allowed him open space from which to make his run for another ACS try. With the ACS forwards breaking down the Saints back-line, Jedd found open space yet again and the ACSians had built up a useful lead at half time, without allowing SAS to get onto the scoreboard. 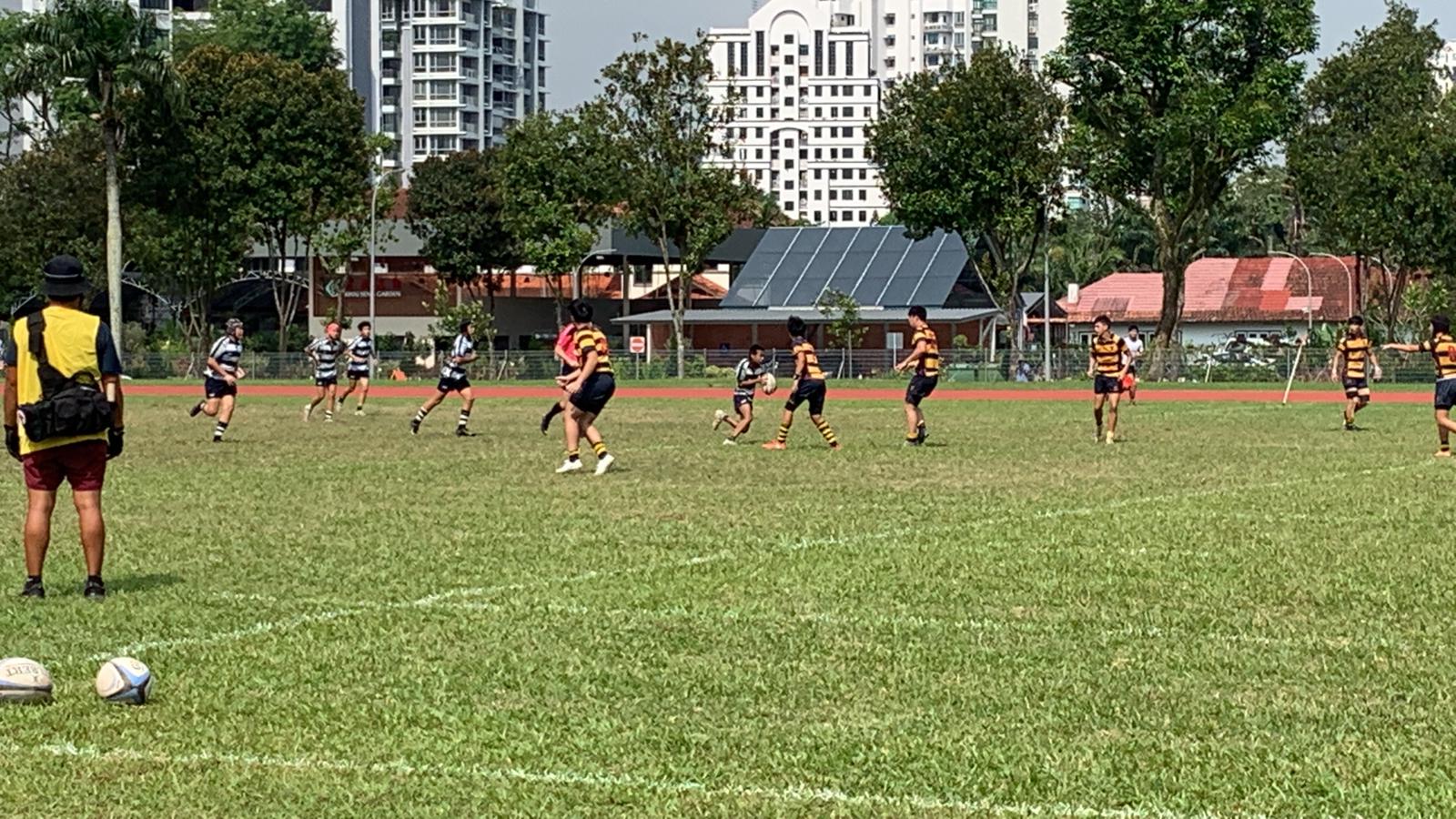 ACS (I) Sub-Team 2 proved to be too quick for SAS as the ACSians triumphed 53-0. Photo Credit : Mohit Lalvani

In the 2nd half, ACS (I) picked up from where they left off. And after a try by Evan Tay, Noah Oey made a superb interception to score yet again for ACS. As the game began to wind down, it seemed that SAS would finally get on to the scoreboard. But the ACS boys weren’t having any of it and Tobias Lim denied the Saints on the line before breaking away to score for the former. It wasn’t over though, and Noah yet again, deftly got past the defence in the dying stages of the game to close out the game 53-0 to ACS.