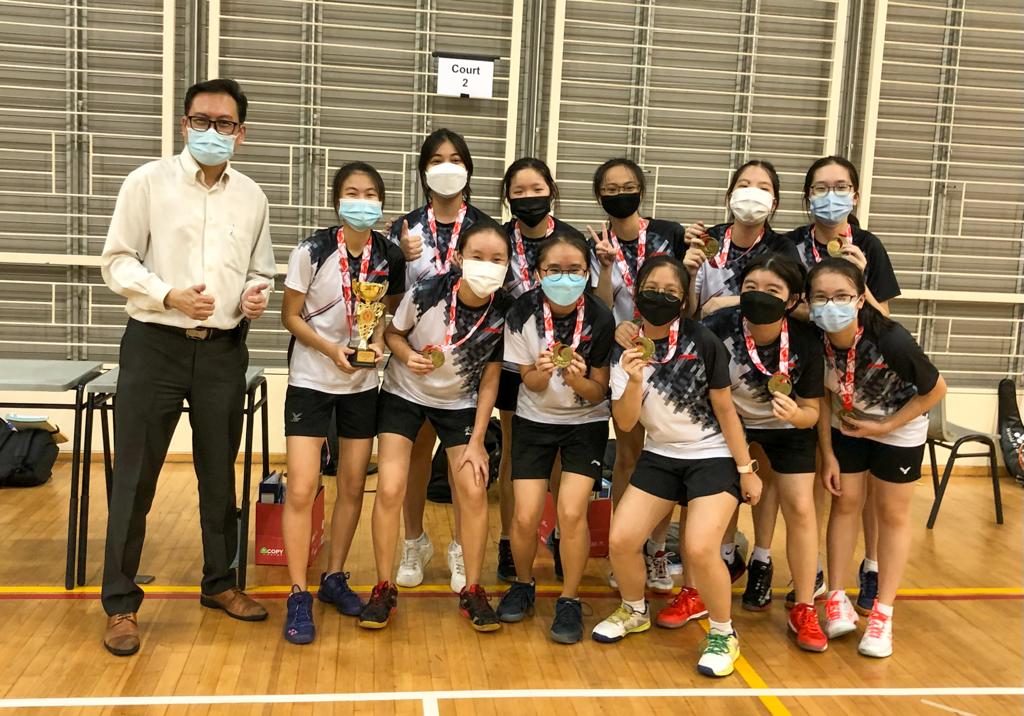 Having to settle for second place after a 3-2 loss to CHIJ St Nicholas Girls� School (Secondary) in 2021, Singapore Chinese Girls� School (SCGS) made sure there was no repeat this year. That was after clinching a resounding 5-0 win over Xinmin Secondary School, in the grand final of the B Division Girls� North Zone Badminton Championships on Tuesday (26 April) afternoon. 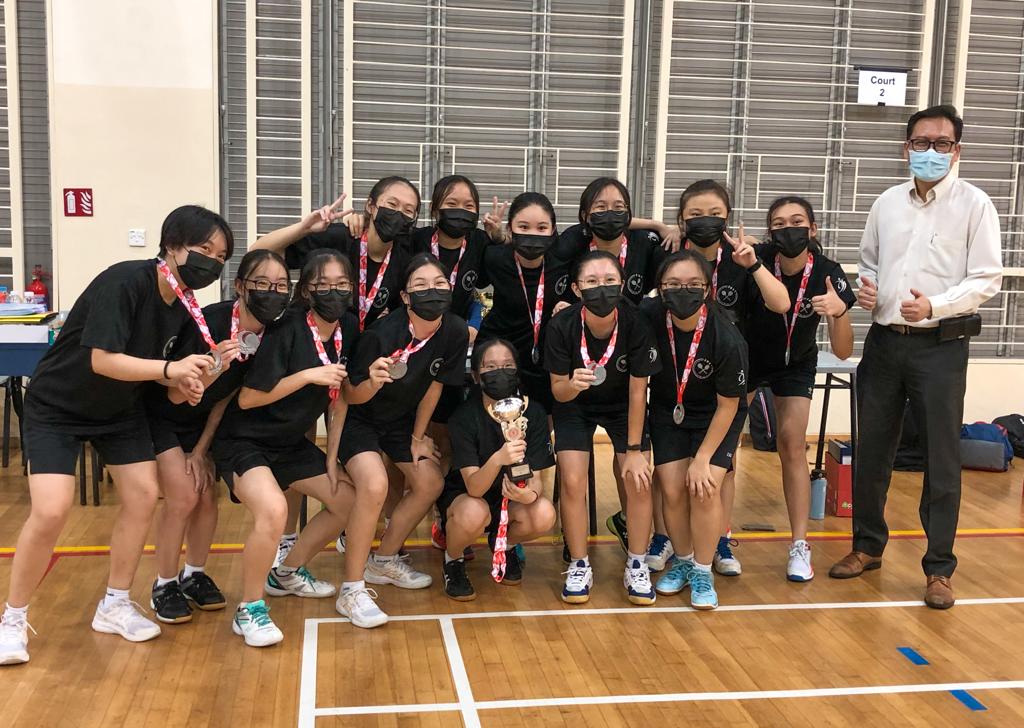 With that, they rounded off an incredible perfect campaign in which they won all 7 ties � from the preliminaries all the way to the final � without dropping a single game. 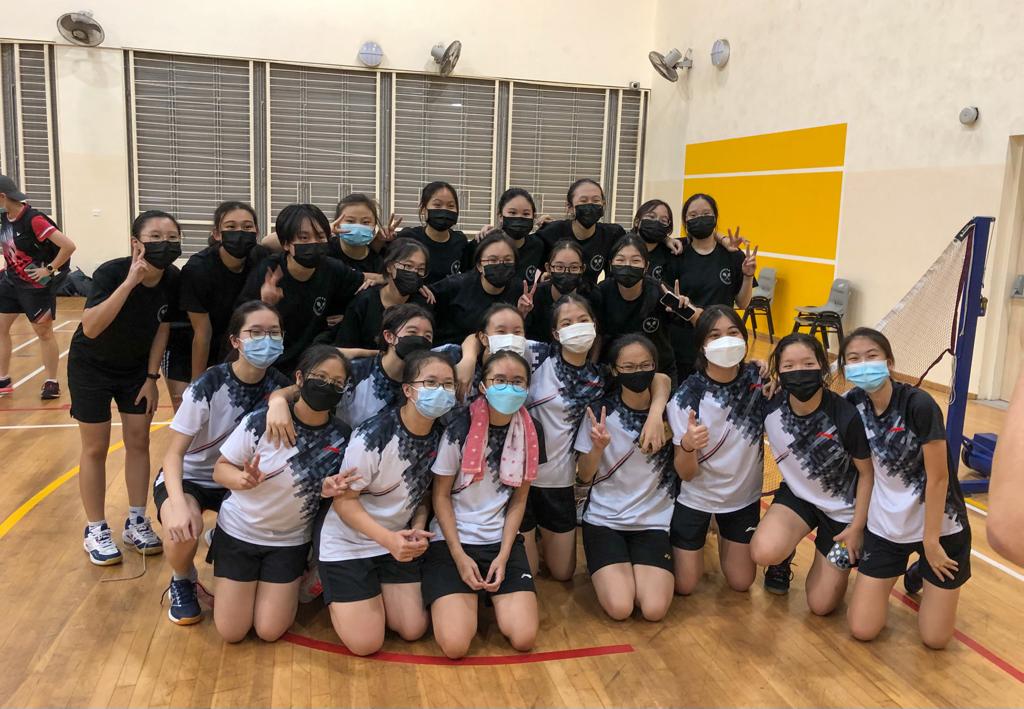 (Rivals on the court, friends off it! Xinmin Secondary and SCGS' shuttlers pose for a group photo after the final. Photo Credit: Kenneth Tan)

At the Indoor Sports Hall of Canberra Secondary School, SCGS� Isabelle Koh got off to a fine start in the first singles with some powerful and well-measured smashes to clinch the first set 21-11. While Xinmin�s Jacintha Toh fought back well in the 2nd set to lead 18-16, the former held her nerve and won five straight points to prevail 21-18 and draw first blood for her school.

In the subsequent first doubles, SCGS� Avril Yau and Cheng Sher-Mae won the first set 21-12 with some great combination play and perfectly-angled shots. However, Xinmin�s Yolanda Thio and Phaedra Chong displayed superb fighting spirit to take the 2nd set 24-22. It continued to be a mighty tussle in the all-crucial rubber set, with Avril and Sher-Mae eventually coming through 22-20 to put SCGS 2-0 up. 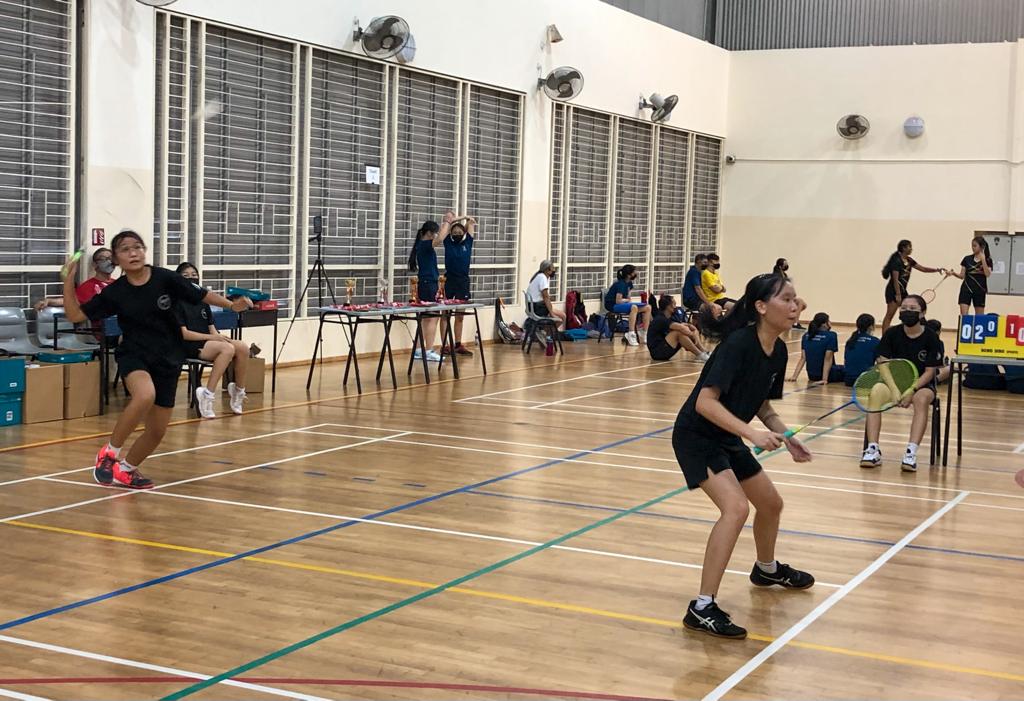 SCGS� Tricia Hu faced a tough battle in the second singles as well, as she had to come back from an 8-1 deficit to win the opening set 22-20. Xinmin�s Anne Wong continued to impress and took the 2nd set 21-18, but errors crept into her game in the third set with the former capitalising to win 21-17 and seal the victory for SCGS.

Despite the loss, the Xinmin girls can hold their heads up high � having surpassed last year�s 3rd-placed finish and reaching their first North Zone final since 2012.

Meanwhile, dethroned champions CHIJ St Nicholas Girls� School (Secondary) gave themselves something to cheer about, as they edged Bowen Secondary School 3-2 in a concurrent match to clinch the bronze medal in the B Div North Zone.