Speed and Agility – The Name of the Game for Victoria School's shuttlers! 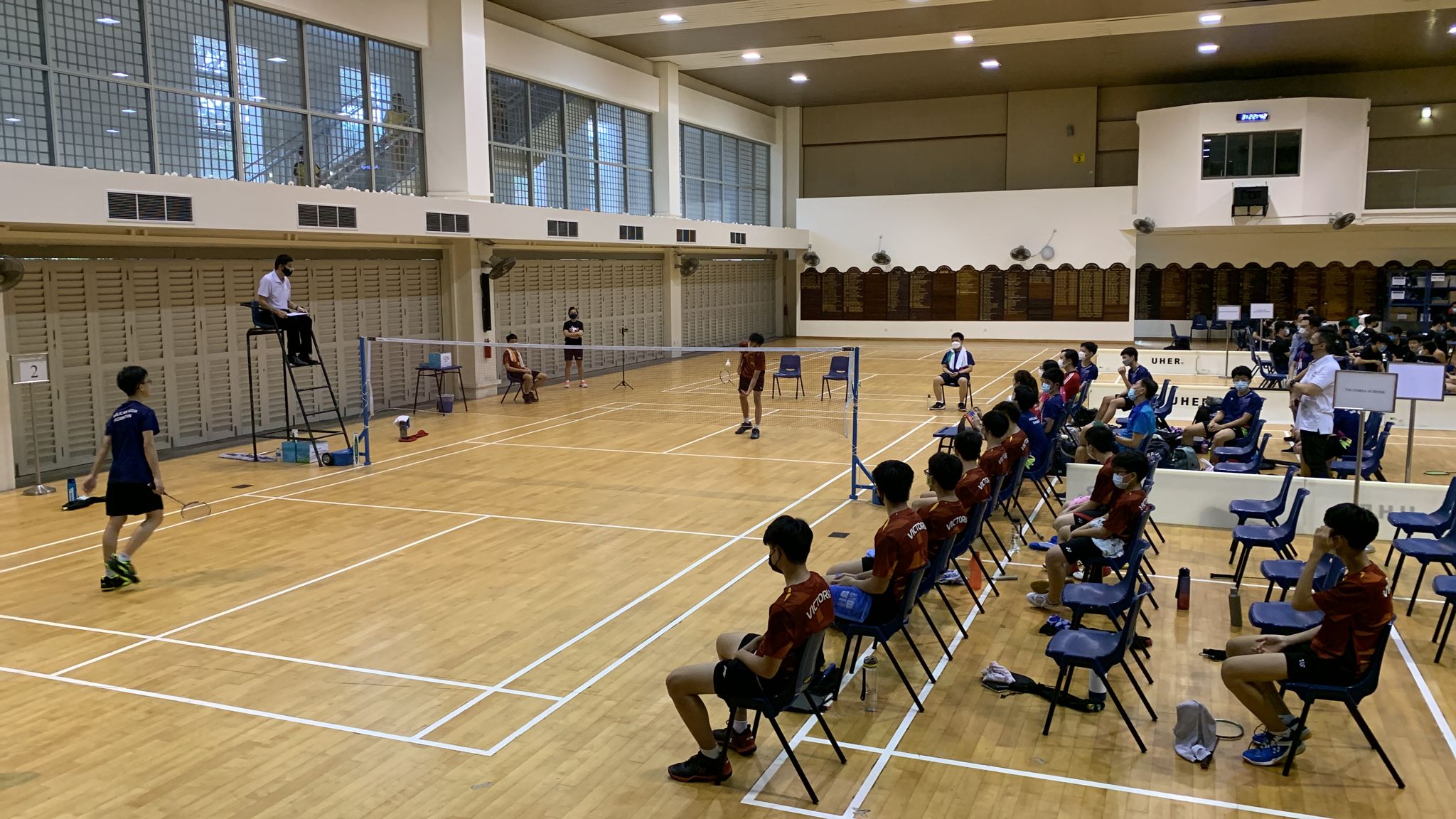 It was a performance that truly demonstrated why badminton is a game that requires agility, unlike many other sports. The speed at which the shuttle travels, the angles at which it can attack, and the instant switch between defense and offense are what make it enthralling to watch. And Victoria School’s (VS) performance in the final of the East Zone Division B Boys Final established this.

Hosting the Anglican High School boys at home in the final on 20th of April, the first tie had captain Wynn Tan from VS take on Axel Cheng. And once the Victorian settled into a rhythm, he was able to hold off the AHS shuttler by opening the court and executing his smashes to perfection. Winning the match 21-17, 21-8 he gave the the home team, the first tie and the opening advantage in the best-of-5 series. 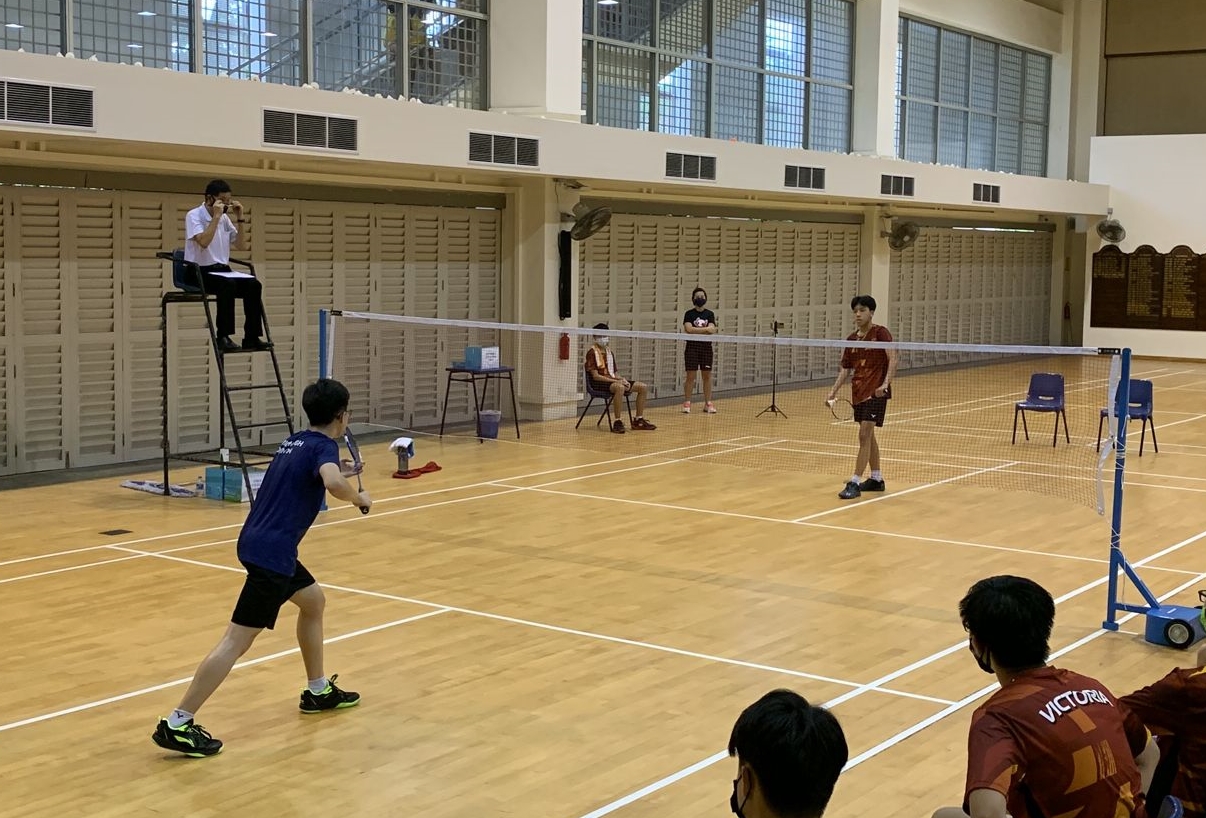 Up next was the first doubles and with either team needing to win 3 of the 5 ties (3 singles and 2 doubles), this was a must-win for both teams. A victory for Victoria would mean a very hard mountain for Anglican to climb and the determination with which the 4 players were playing, demonstrated exactly this.

The first game was impossible to call and at 18-18, a great smash on the return of serve from the Victoria shuttler was followed by a long rally which yet again saw another winner from Victoria. This gave Victoria 2 game points to go up 20-18. But with Anglican High unyielding, they fought back to force the tie-break. However, the Victoria boys were not going to be denied and a strong finish saw the Victorians win 22-20 and then ease away in the second, 21-11. 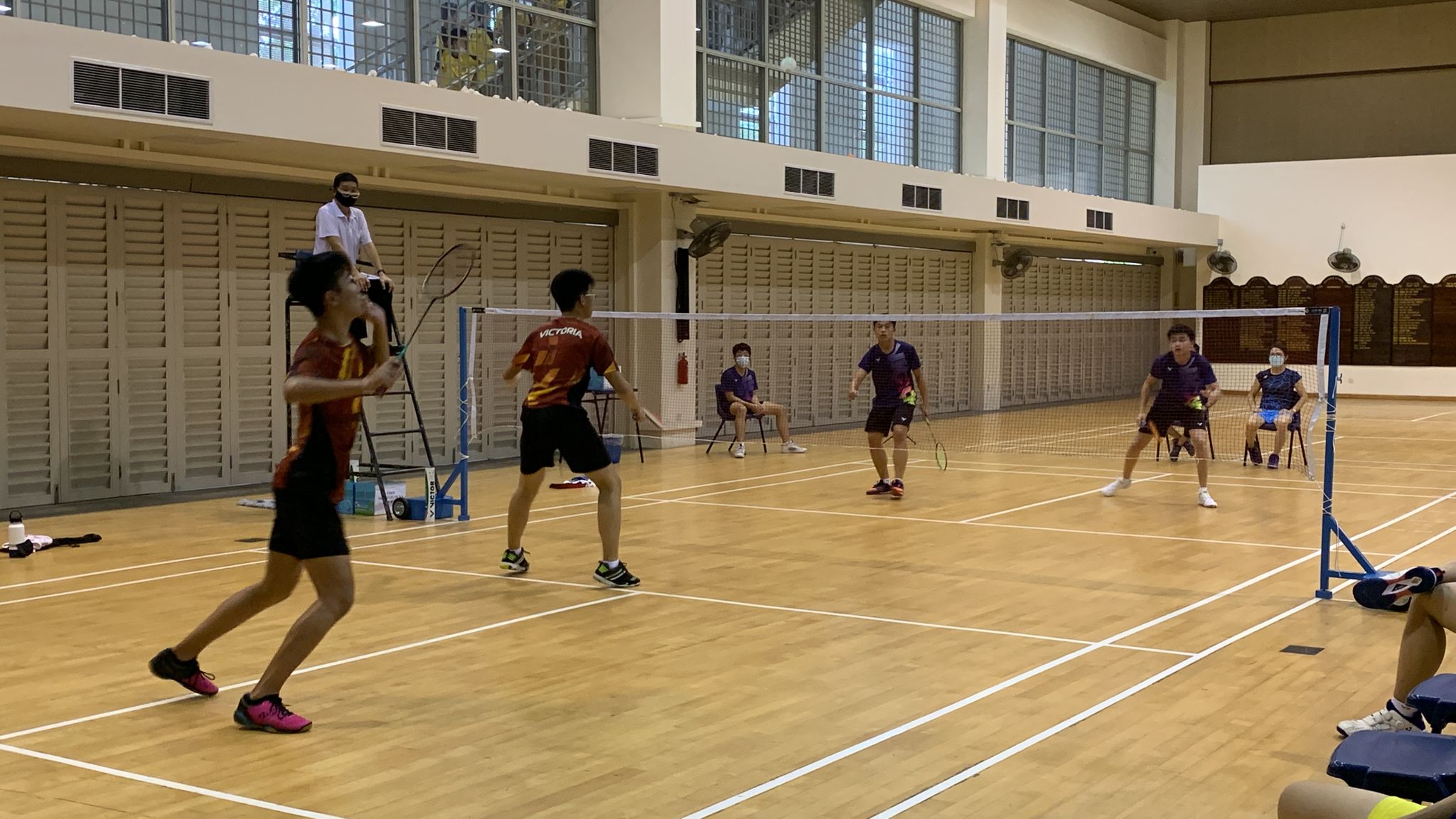 (The Victorian shuttler readies himself for a smash in the first doubles tie. Photo Credit : Mohit Lalvani)

In the warm-up of the 2nd singles itself, it was evident that the two shuttlers were extremely talented even if a contrast to each other. Ethan Chua from Victoria School looked lithe and with an abundance of fast-twitch muscle while his taller opponent, Song Ron Xu brought a powerful frame to the court. With the championship on the line, this was a game that demonstrated just how quick, dynamic, and exciting this sport is. In the first game, the VS player was able to control the court pushing his opponent deep and with some extremely sharp strokeplay and quickness, had his opponent always a half step away, taking it 21-16. 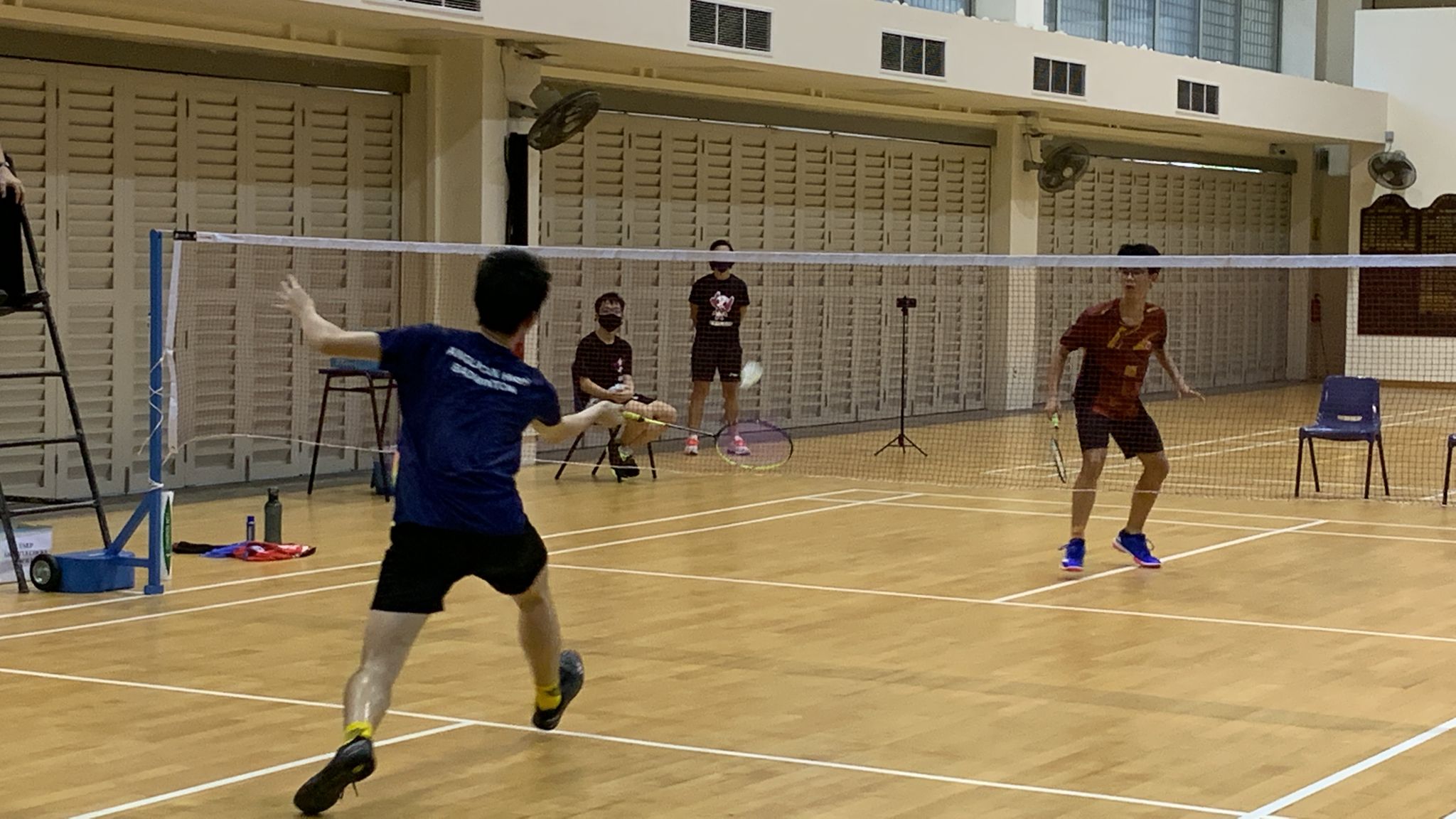 The match of the day. Ethan Chua (Victoria School) wins a thriller against Song Ren Xy (Anglican High School) to give his school the title. Photo Credit : Mohit Lalvani

But come the 2nd game and on the back of some very solid defense and counters, the Anglican High School player was able to level the match, 21-18. In the third, both players were fighting for each point with a tenacity that was admirable, and it was a game that could have gone either way. However, at the close, it was the Victorian shuttler who was able to hold steady and won the game 21-18 to huge cheers from his teammates.

With the championship in the bag (after a 3-0 overall lead) and the final 2 ties played without pressure, the 2nd doubles also went the way of Victoria School 21-10, 21-16. Thereafter, the 3rd singles fell to Victoria School 21-16, 21-16 giving them a clean sweep and the title of the 2022 Boys B Division East Zone Champions!