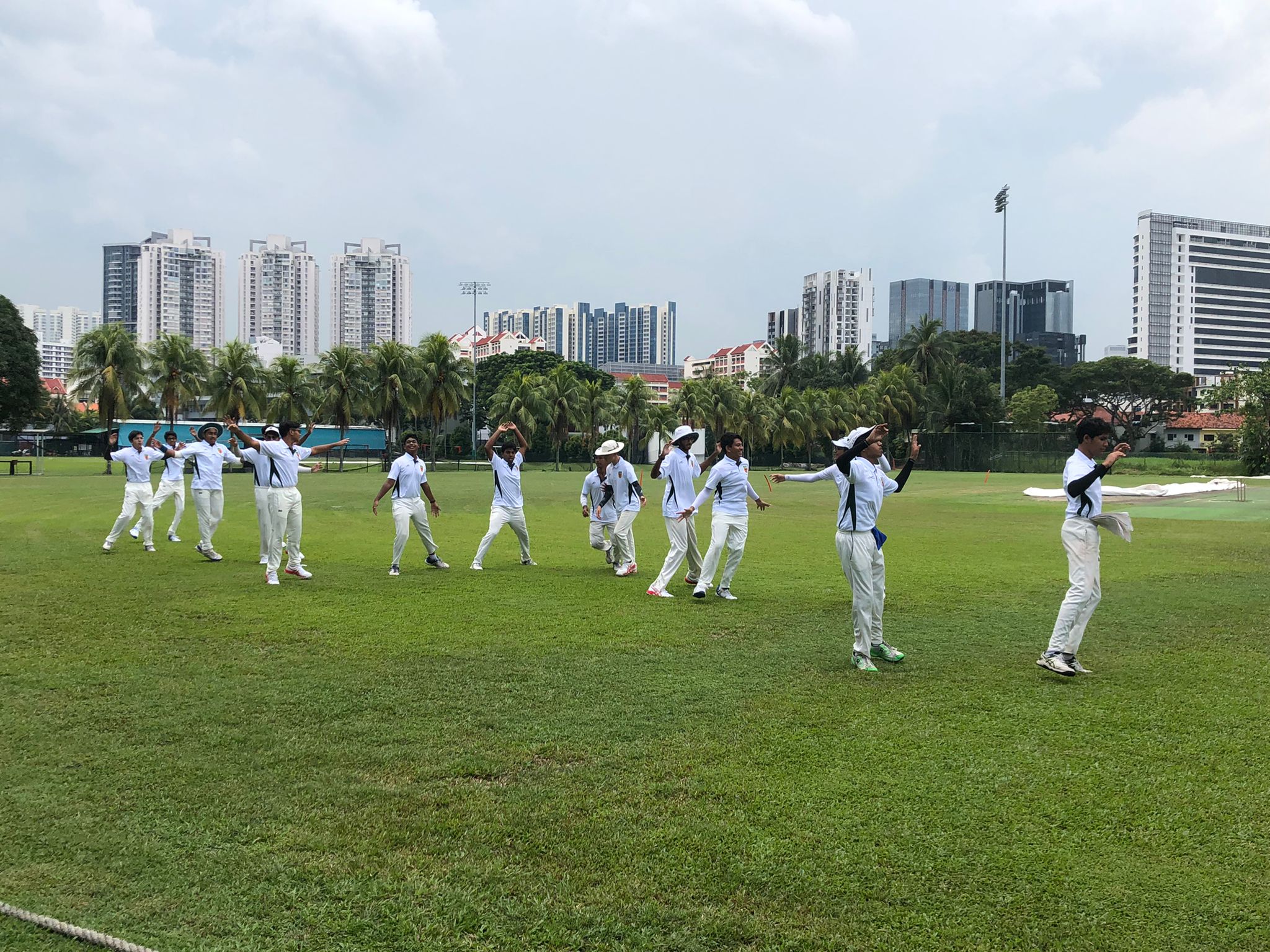 A heavily-anticipated B Division Boys cricket clash between Raffles Institution and St. Andrew's Secondary School on 31 March, was cut short after 30 mins of play. That's after thundery showers rendered the typically pristine outfield at Ceylon Sports Club too wet for a resumption.

For the Saints, it was their 2nd match cancelled in the same week due to wet weather. And it surely wasn't easy to handle the morale of the team, considering they'd been waiting for 2 long years to get their very 1st match underway at the 2022 National School Games (NSG).

As for the Rafflesians, they triumphed over St Patrick's School by 10 wickets, upon their NSG return. Head Coach Anish Paraam, who watched in awe as skipper Anshul Doshi and his opening partner Abdullah Bhadelia chased down 82 in just 7.3 overs in their first round-robin match against the Patricians,  puts this down to the facilities at his disposal, terming it “the best equipment that money can buy at the moment.” 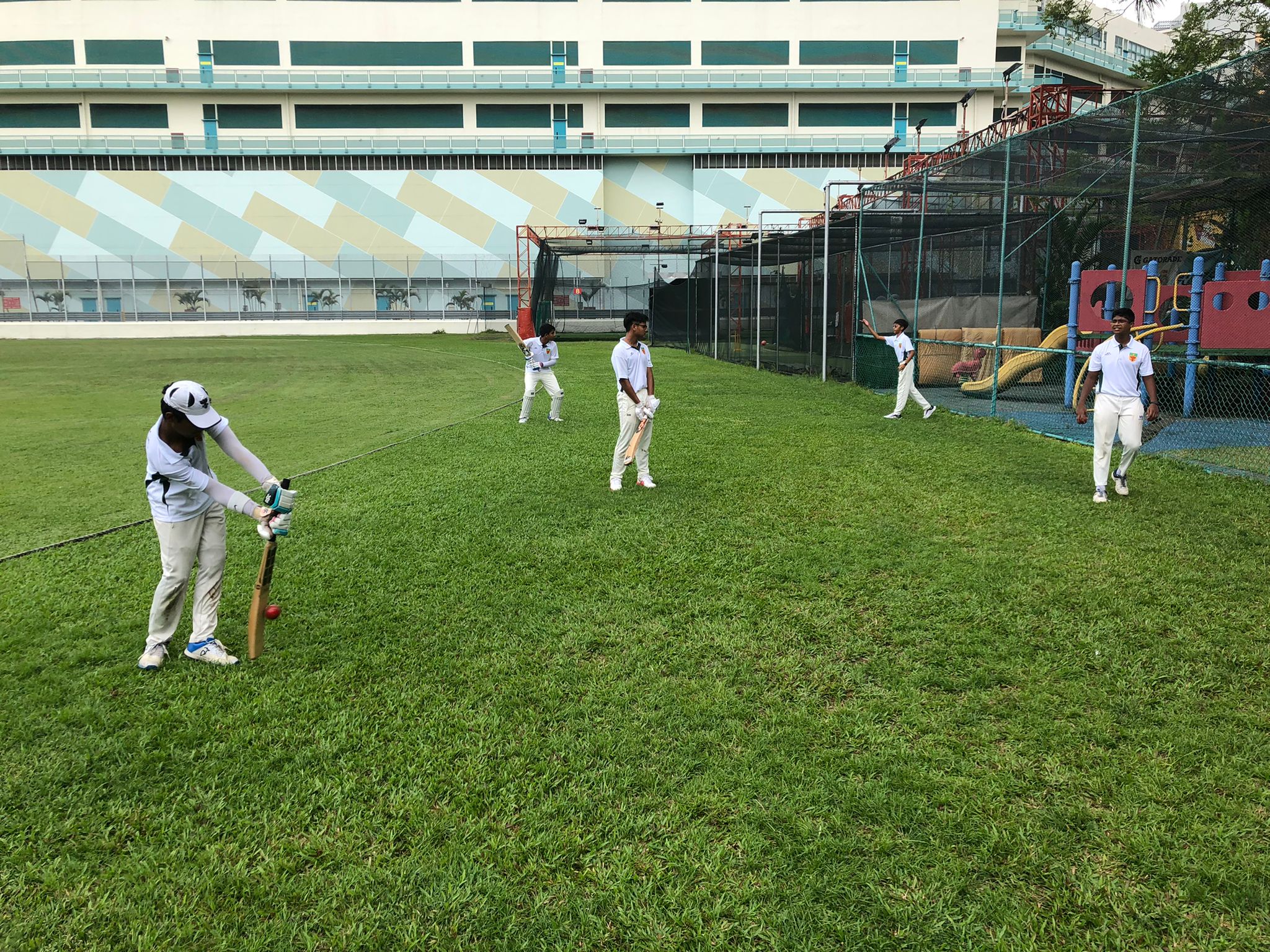 Less than 2 overs of match-play were possible 31 March. But a 2-year hiatus since their last meeting, will surely keep the adrenaline and excitement flowing between the 22 players on both sides, when they lock horns for a rescheduled game at the same ground on April 5.

Despite not having the wood over their opponents on those occasions, St. Andrew's have a storied past that keeps their boys motivated and hungry. Under the guidance of cricket master Philip Ng, the school’s cricket team saw success from 1998 onwards, with 8 of its 11 players being called up for national under-15 representations in their first year of the sport.

The Saints' desire to continue improving their standards was highlighted by head coach Karthik C.M. Swamikarthik, who noted the vast number of “young budding talents”, who are emerging on the cricketing circuit every year. Captain and left-handed opening batsman Shawn Shibu Thomas, as well as vice-captain and key all-rounder Arnav Gupta are 2 such players who've been carrying the hopes of the team, which will look to end that losing streak against RI come April 5.