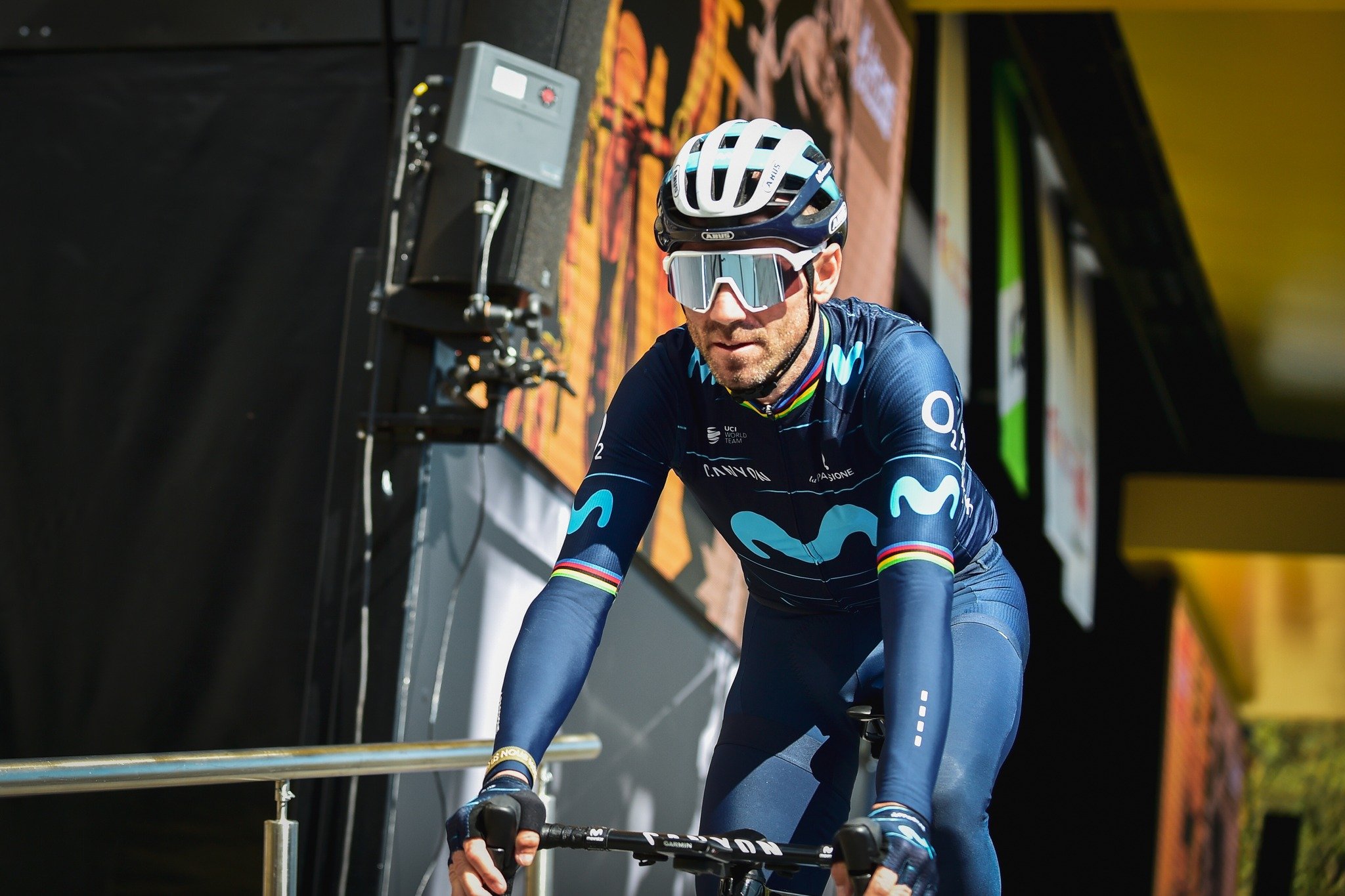 17 October 2022 – The route for the first-ever Tour de France Prudential Singapore Criterium has been approved (subject to change), with the best vantage points along the 3.2km circuit identified so that those in Singapore can catch the world’s best cyclists in action from 29-30 October. In a major announcement, the event has confirmed non-ticketed (free public access) viewing areas at The Float @ Marina Bay grandstand, making this the most accessible major event in Singapore and bringing the true spirit of the Tour de France to the streets of Singapore.

Spectators will witness the exhilarating race with top speed in excess of 55km/hr as the cyclists complete 20 laps of the 3.2km circuit race on Sunday 30 October. The riders competing in Singapore include four-time Tour de France winner Chris Froome, reigning Tour de France champion Jonas Vingegaard, cycling brothers Antonio and Vincenzo Nibali, as well as Spanish cycling great Alejandro Valverde, winner of the 2018 UCI Road World Championships. Mark Cavendish who is the joint record holder of the most number of stages won (34) at the Tour de France will also be racing under TDF Criterium Legends Team. They will compete on a specially designed street circuit in the heart of the city. The race flags off and ends at The Float @ Marina Bay, and will take these cyclists past iconic Singapore land-marks including the Merlion and the Esplanade. The route map is available at Annex A.

Ticketing and hospitality options remain available for those who wish to enhance their viewing experience, including premium seating that offers unparalleled view points of the start/finish line and main stage at The Float @ Marina Bay to follow all the racing action live and on the big screen. Attendees of the event will also be able to purchase and enjoy the official beer of the event, The Chain Reaction West Coast IPA, and bites from official F&B partner, Brewerkz Singapore.

Brendon Bainbridge, Managing Director TEG Asia: “The Tour de France brand making its first appearance on Singapore shores is something to be celebrated, and we would like to invite fans locally and regionally to come and enjoy this event. It’s a highlight not to be missed. For cycling fans especially, the chance to enjoy a world-class race right here in our part of the world is a once-in-a-lifetime experience that will remain a cherished memory in the years to come. We look forward to welcoming all to the Tour de France Prudential Singapore Criterium in two weeks.”

Ms Ong Ling Lee, Executive Director, Sports & Wellness, Singapore Tourism Board added: “We are proud of Singapore’s dynamic and vibrant calendar of world-class sporting events, which now includes the famed Tour de France Criterium, happening in Southeast Asia for the first time. As we count down to the inaugural criterium, we are excited for riders, teams and fans to experience racing in the heart of our city. We hope this will also inspire them to explore Singapore’s new and reimagined offerings beyond the circuit.”

Mr Goh Theng Kiat, Chief Customer Officer, Prudential Singapore, said: “The inaugural edition of Tour de France Prudential Singapore Criterium is a highly anticipated one, and marks an important milestone for Singapore. Prudential’s title sponsorship signifies our commitment to encourage more people to be healthier and more active, and our continued support towards Singapore’s standing as a world-class tourism hub."

Yannick Talabardon, Race Director of the Tour de France Prudential Singapore Criterium said: “We’re excited to be coming to Singapore for the first time, and the chance to watch top professional cyclists in action should be an experience that is accessible to everyone. You only have to look at the success of Saitama, Japan where people line the streets for the race and we hope it will be the same here. The Tour de France Prudential Singapore Criterium is a great opportunity for us and our cyclists to not only connect with the cycling community in Singapore, but also to share and introduce our sport to more people, so that they can also be a part of the joy and excitement that cycling brings us. It’s going to be a very special moment for us. We have some highly-skilled riders in the Singapore line-up, so those coming can definitely expect a thrilling race at The Float @ Marina Bay.”

There are options for recreational cyclists to participate as well, with the Brompton World Championship, PRURIDE Seeker’s Society and The Absolute Cycle Race all taking place during the event weekend. 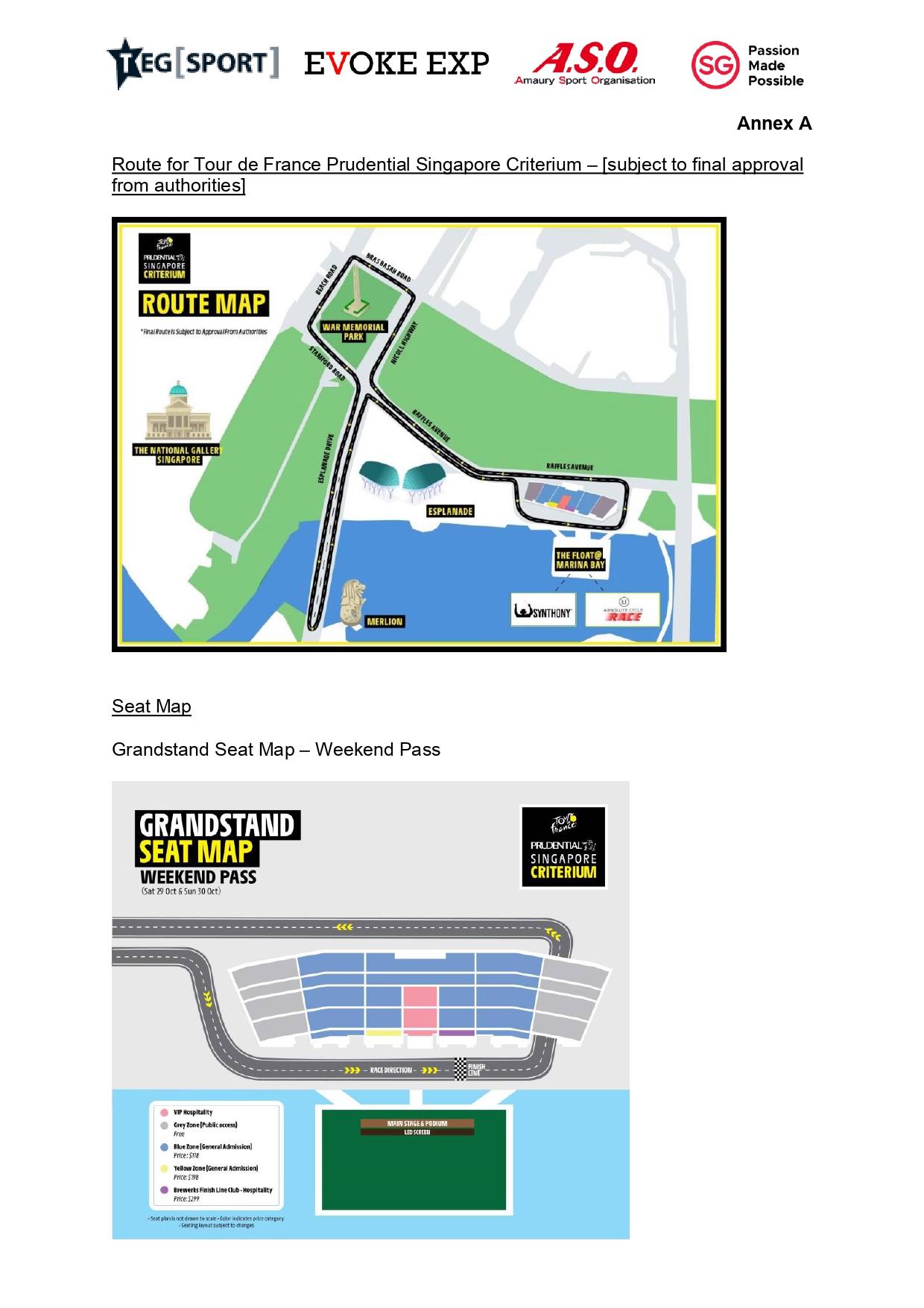 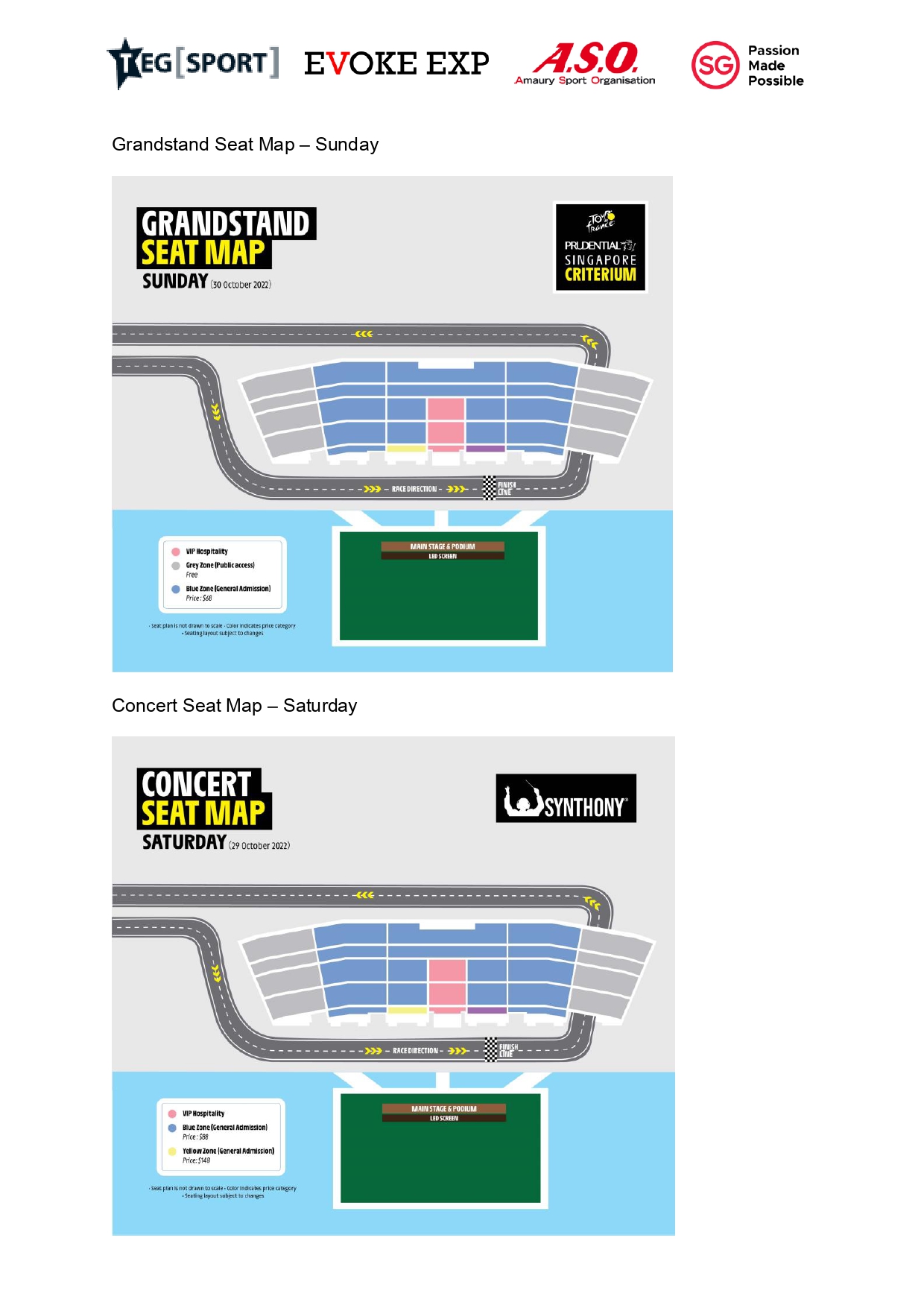