SPL : An 8-goal thriller led to Albirex Niigata's downfall in final game of the season! 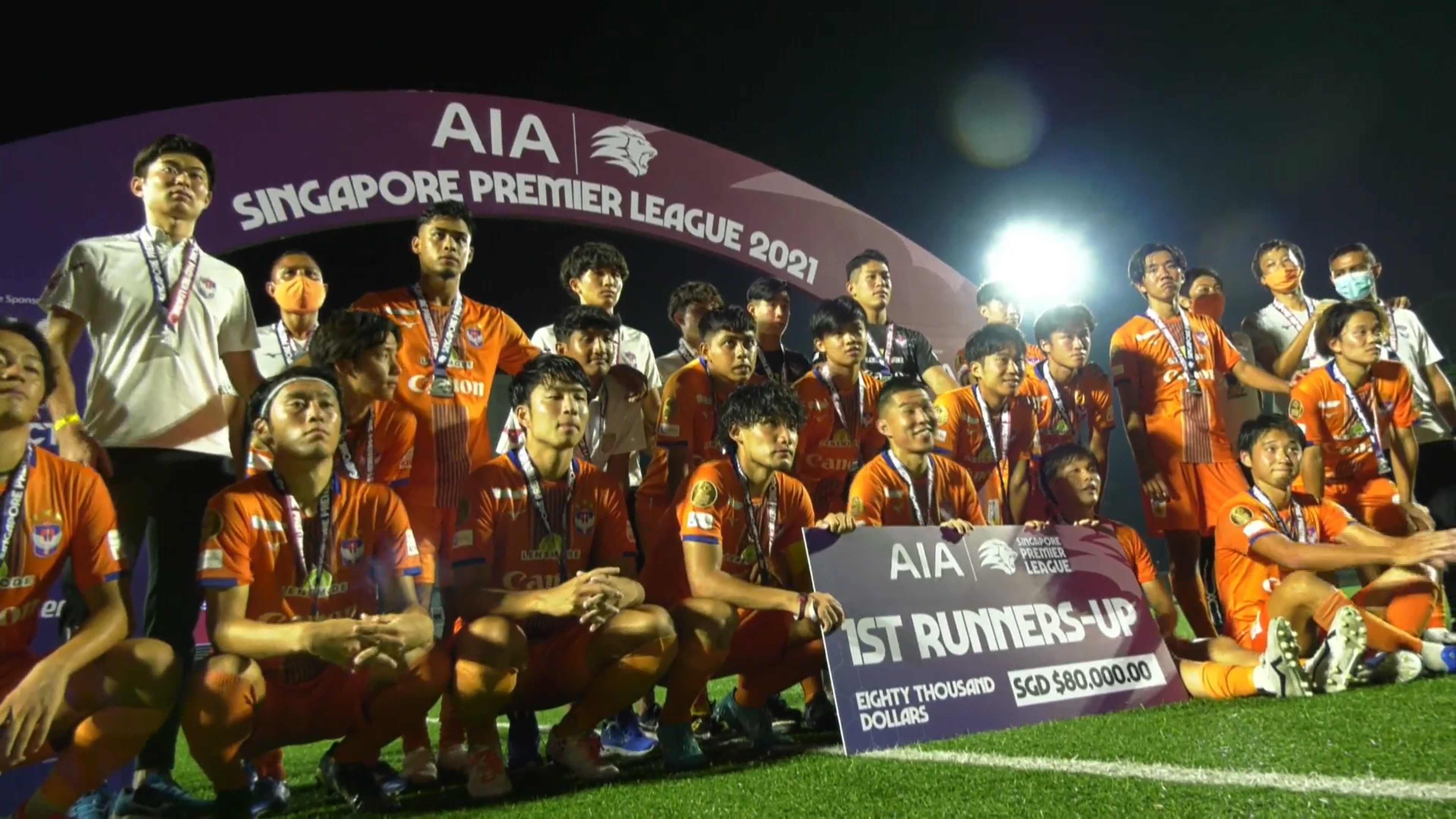 On the final matchday (10 Oct) of the 2021 Singapore Premier League (SPL) season, where defending champions Albirex Niigata FC (ANFCS) needed a big win to secure the league title, it was their opponents from Tanjong Pagar United FC (TPUFC) who fought hard and delivered one of the greatest comeback stories in the league's history! Final score was a 4-4 draw at the Jurong East Stadium on Sunday evening. 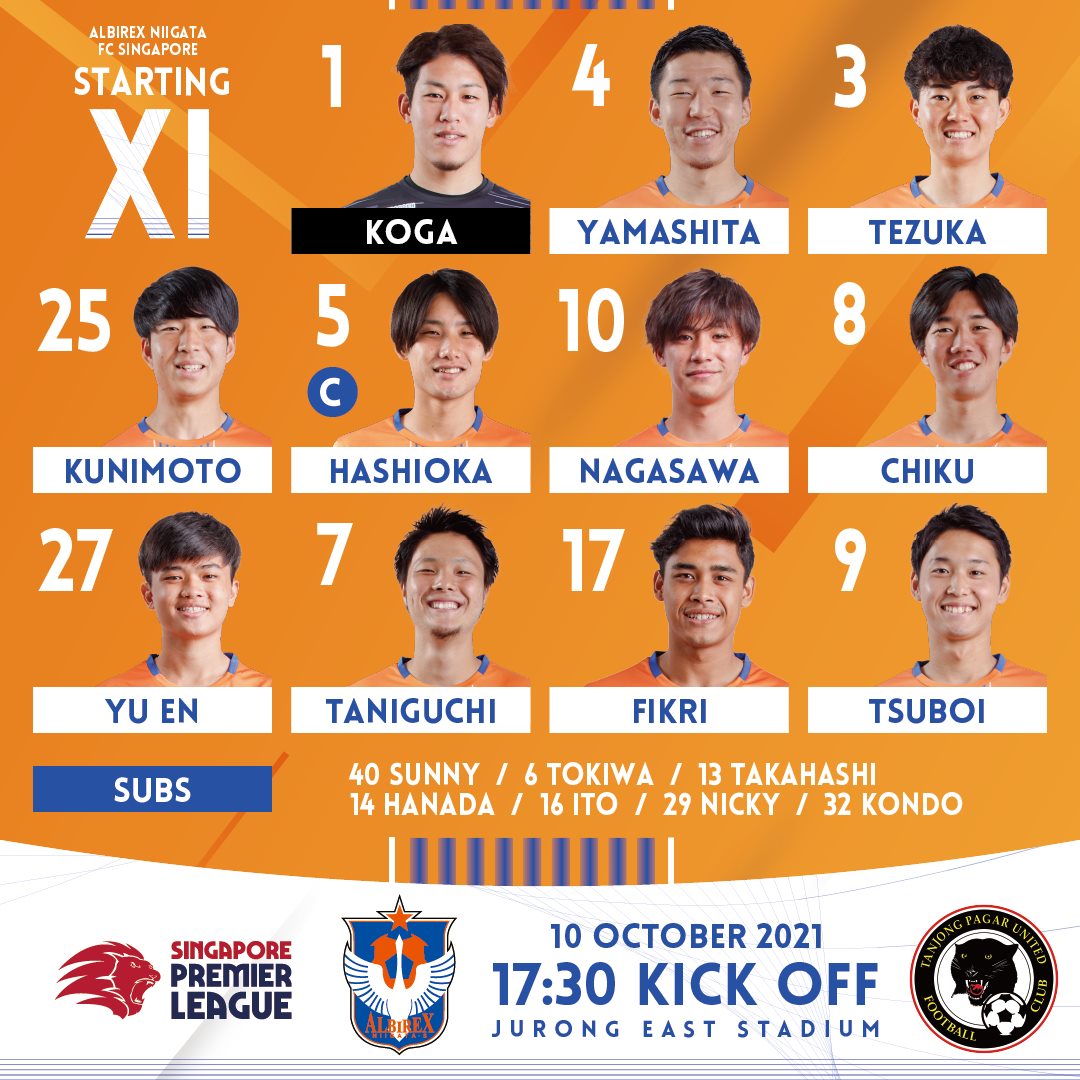 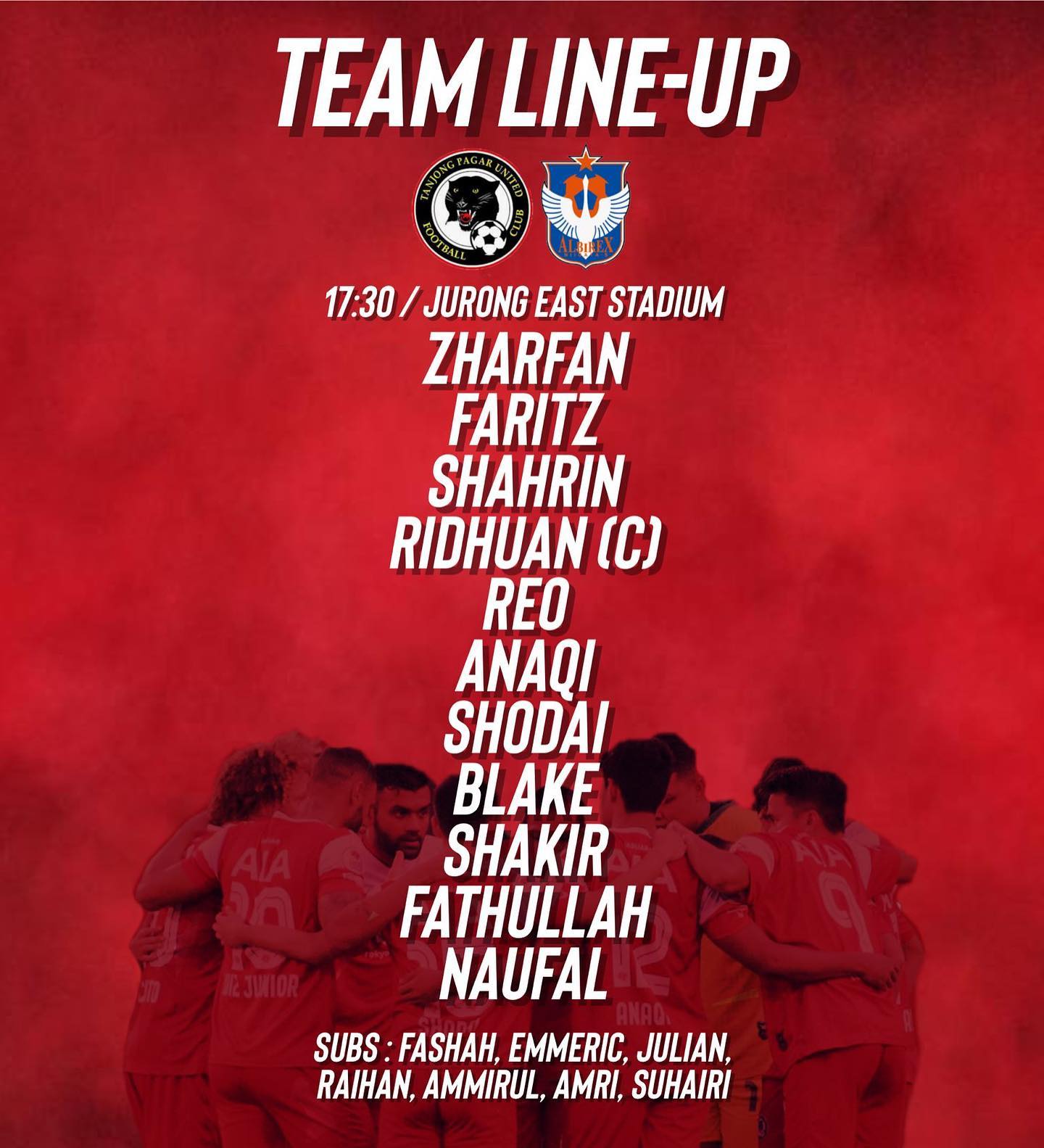 In shocking fashion, the Jaguars took the lead in the 12th minute when the SPL’s Goalkeeper of the Year made a mistake with a misplaced pass. After receiving a back pass from a team-mate,  Albirex custodian Takahiro Koga played the ball directly to TPUFC's Anaqi Ismit. The striker took advantage of the opportunity and launched a left-footed effort into an empty net from long range. 1-0 to the Jags! 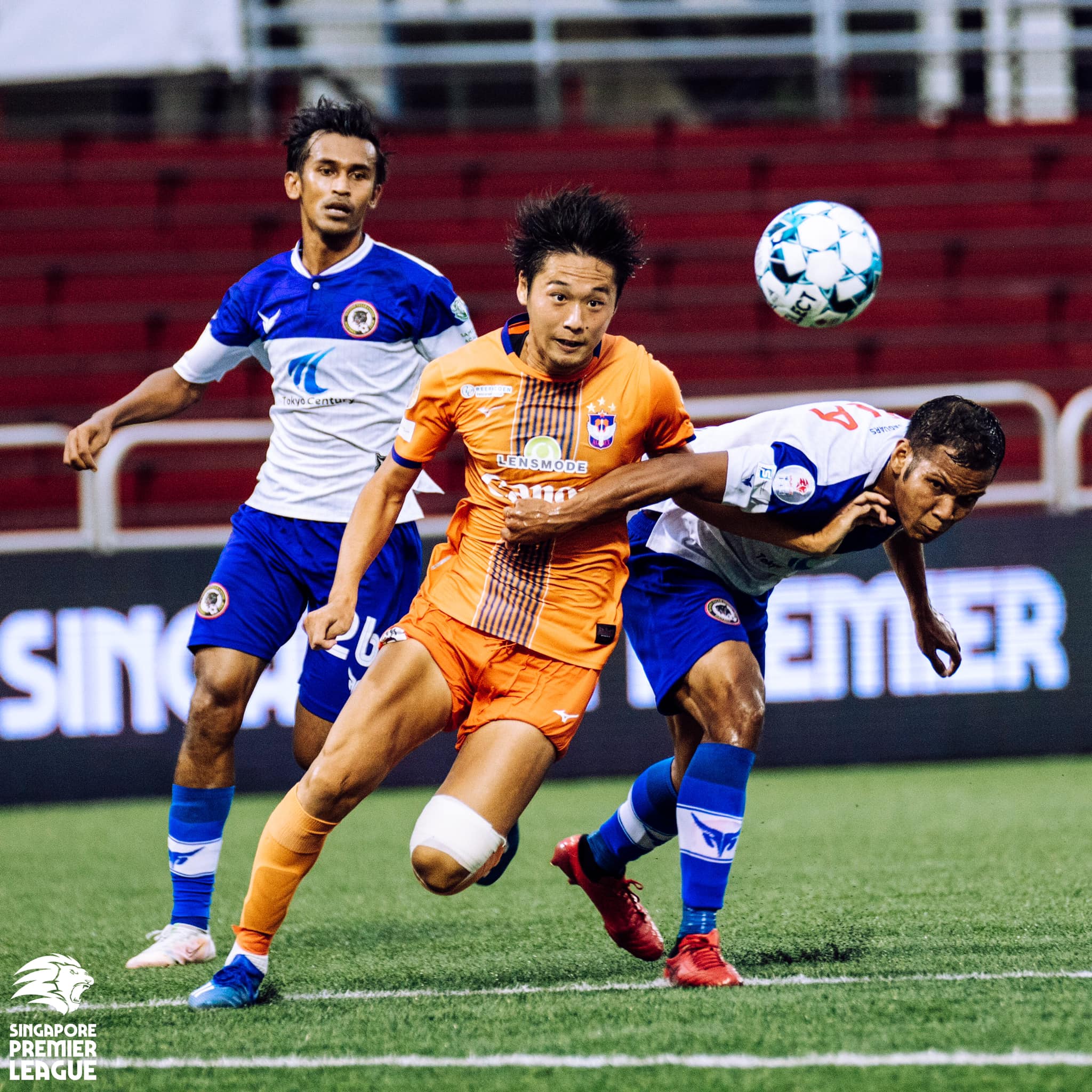 (Tsuboi scores for Albirex - Photo by Football Assn of Singapore)

It didn’t take long for the White Swans to level things. 8 minutes after conceding, Kiyoshiro Tsuboi scored his first of the evening after he connected with Takahiro Tezuka’s cross from the left-hand side. In an unusual fashion, the striker used his chest to direct the ball past Zharfan Rohaizad, who was left stranded.

2 minutes later, Jaguars defender Shahrin Saberin’s clumsy challenge against Tsuboi inside the box saw him concede a penalty as the former also earned a yellow card. Tsuboi stepped up and found the bottom corner with ease. Zharfan guessed the correct side, but the power in the shot ensured he had no chance. It's 2-1 to Albirex. 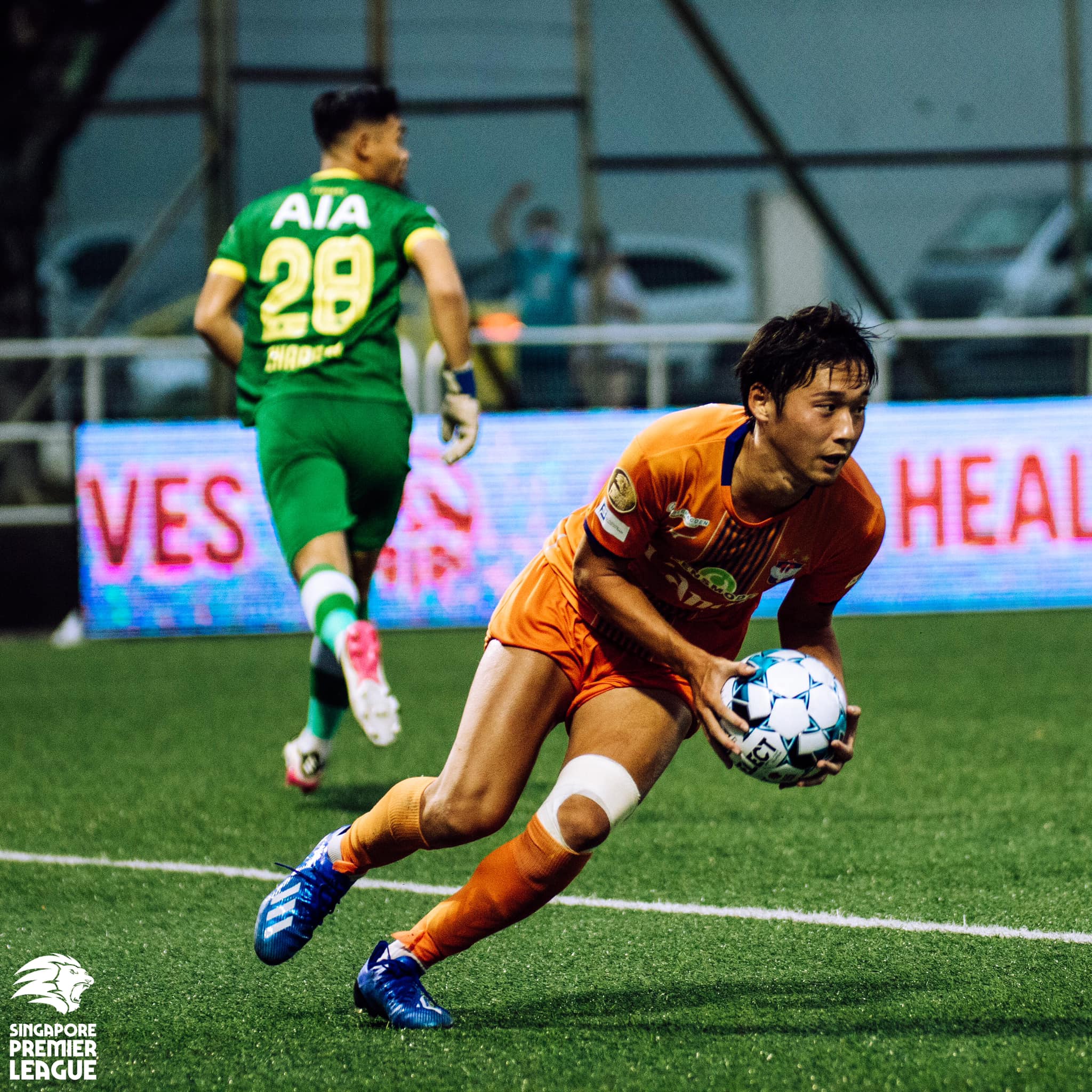 With a minute left of regulation time in the first half, Tsuboi picked up his hat-trick. Ong Yu En did well to spot Tsuboi’s run and he released a peach of a through pass to give his colleague a one-on-one situation with the goalkeeper. Then, the ANFCS forward picked his spot and slotted past the onrushing Zharfan to make it 3-1.

And just when we thought the first half was over, the White Swans’ rampant attack didn’t stop there. In the 47th minute, Fikri launched his umpteenth cross from the left wing. Tsuboi managed to time his run correctly to beat his marker to the ball and score from close range. It's 4-1 at the halftime break! 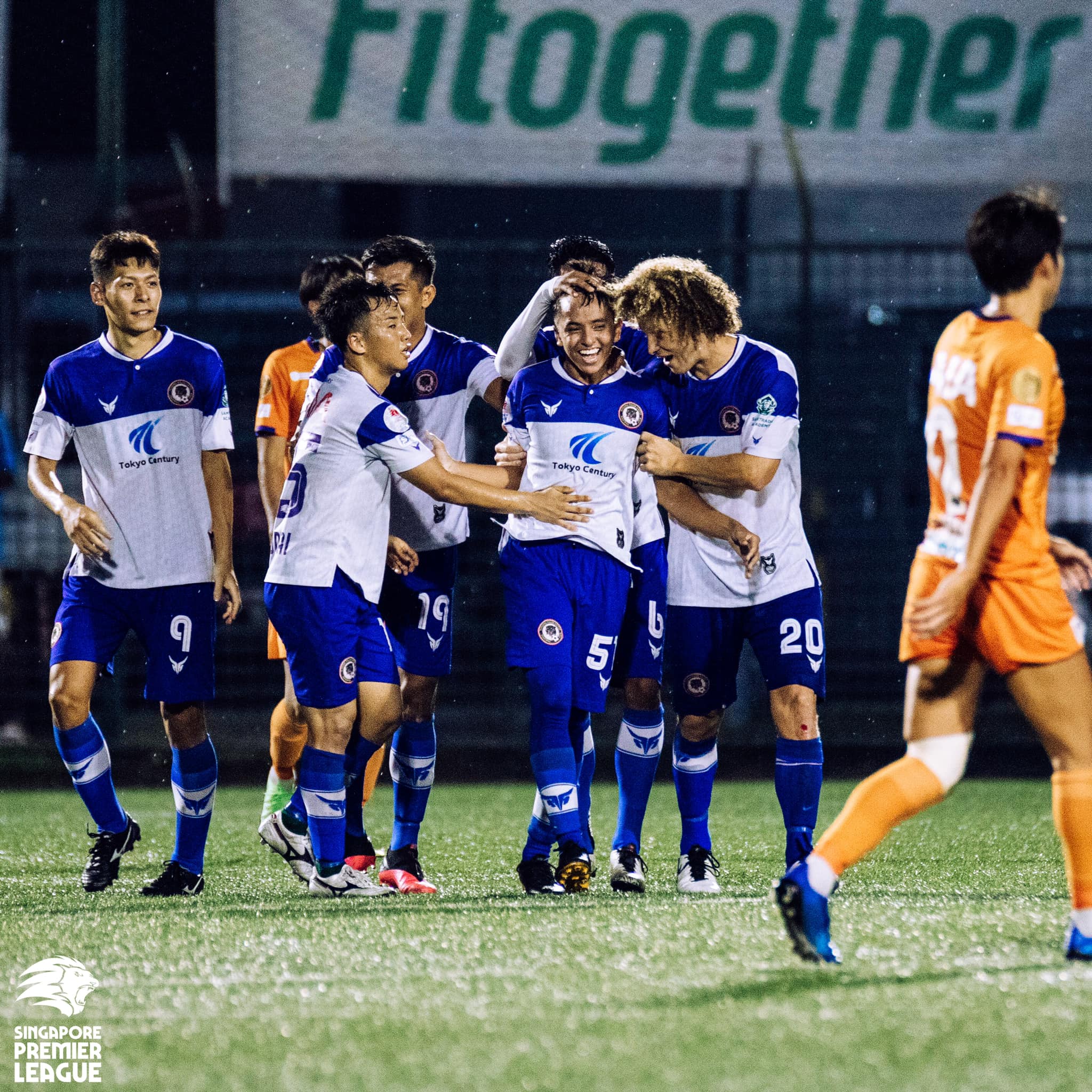 After the interval, instead of piling on the same pressure, it looked like ANFCS took a foot off the pedal, and this allowed the Jaguars to begin their comeback. In the 63rd minute, Fathullah Rahmat started a darting run down the middle before linking up with substitute Khairul Amri for a one-two. The 19-year-old latched onto the return pass, saw Koga off his line and decided to go for the spectacular. His dipping effort almost 15 meters outside the box, beat the flailing custodian and found the net. Score was 4-2.

The White Swans were in clear disarray, especially when they thought they got their 5th goal of the evening. After strong protests from the Jaguars side, the referee reversed his decision and disallowed Tsuboi’s effort, as he was adjudged to have pushed Jags defender Faritz Hameed in the proceedings that led to the goal.

With the wind knocked out of ANFCS’ sails, Anaqi bagged his brace in the 73rd minute, after he managed to control Shodai Nishikawa’s cross with his chest and fire home from close range. Score was 4-3. 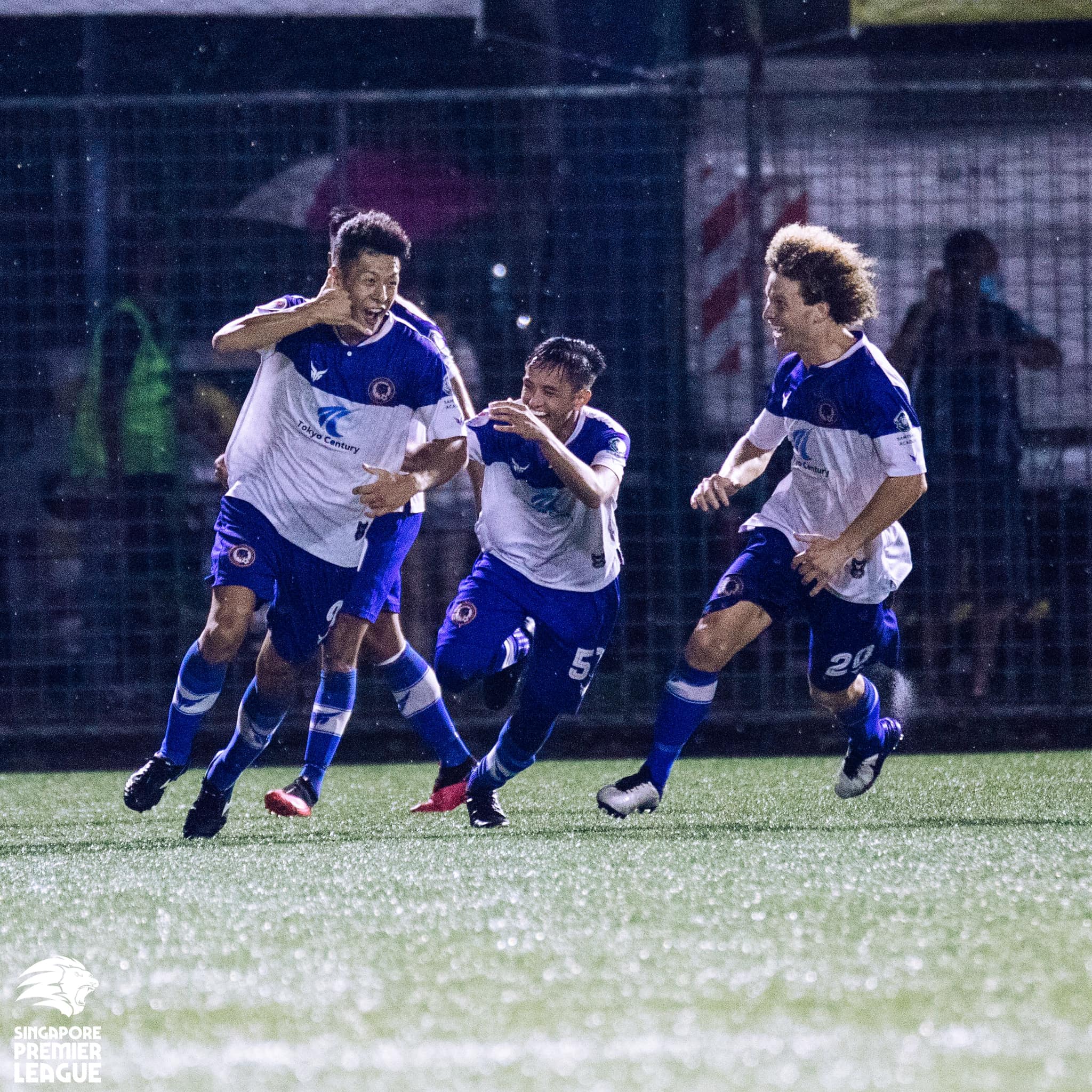 The White Swans were still fighting to score more goals, as they needed to overcome the massive goal difference against the Lion City Sailors, but they were constantly denied. This allowed a dogged TPUFC side to claw back and finally score the equaliser 4 minutes from time. Reo Nishigushi started a move from the middle of the park and his Leo Messi-esque run saw him beat all oncoming defenders. He drifted into the middle before curling his effort past the goalkeeper to level the score at 4-4.

With the final whistle, the White Swans finish the season in 2nd place with 46 points - conceding the SPL title to the Lion City Sailors (48 points), while the Jaguars sit at 5th spot with 22 points, 2 above Geylang International FC.