Tampines Rovers FC (TRFC), off the back of a massive 6-1 defeat at the hands of Lion City Sailors on Tuesday evening (22 Sep), marched into the tie against Albirex Niigata FC (ANFCS) with a defensive game plan. The Stags’ head coach Gavin Lee ensured that his men kept things tight at the back and tried to push forward with counterattacks. 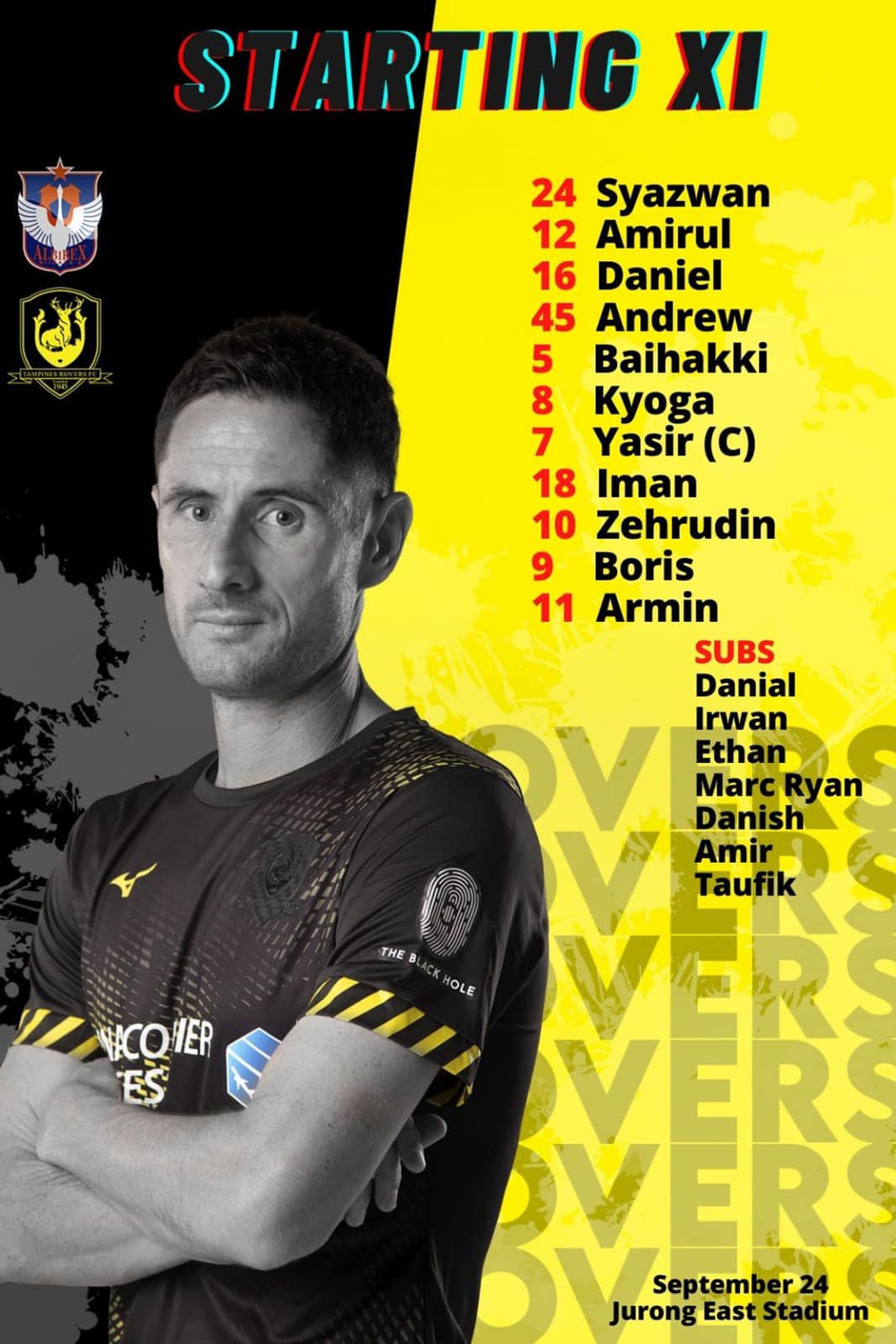 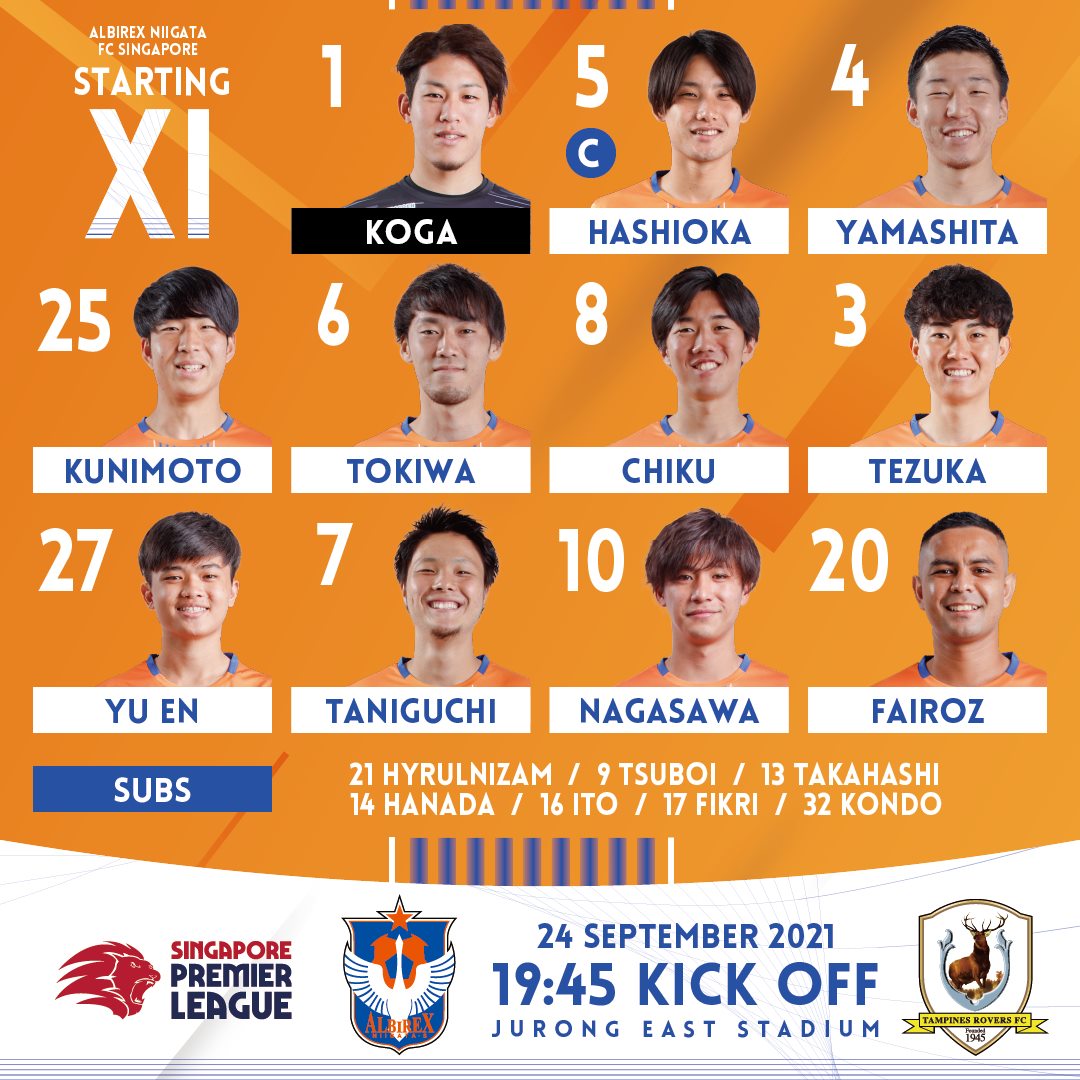 The first real chance of the game at the Jurong East Stadium came in the 19th minute via an ANFCS corner. Fairoz Hasan found himself with acres of space after several of his colleagues ran towards the near post to draw defenders away. The forward controlled the cross with the right boot at the far post with no one around him, before lashing out a half volley that hit the outside of the right post and went out for a goal kick.

10 minutes later, TRFC lost the ball in their own half as they attempted to play short passes from the back. Andrew Aw was guilty of poor control, giving the ball away just outside his own box, resulting in a spontaneous Albirex attack. Ryoya Taniguchi picked up the loose ball to shoot towards goal, only to have his effort blocked by a sea of TRFC defenders. The ricochet fell to Ryosuke Nagasawa’s feet and he unleashed a shot, but again, it was deflected out for a corner. 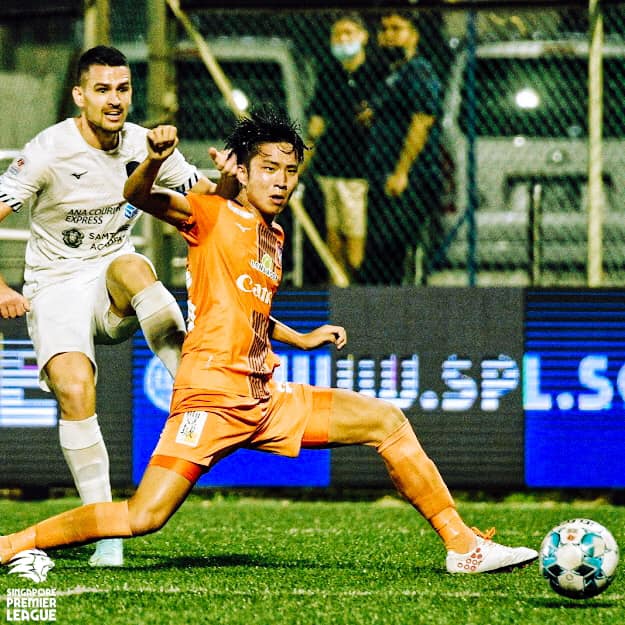 4 minutes from the break, the visitors had their first real chance of the game courtesy of Boris Kopitovic after the forward latched onto Armin Bosnjak’s ball over the top on the left-hand side. The big forward held off his marker to maintain possession of the ball before pulling the ball with his left boot to fire a shot at goal. His effort was on target, and it was the first of the evening that forced a save from Takahiro Koga. Halftime score was 0-0!

The home side continued to drive forward within minutes of the restart, only to be denied by dogged TRFC defending and misfortune. In the 62nd minute, the White Swans found themselves on the ascendency once again. Nagasawa had the ball in the final third before passing it on to Ryoya Taniguchi at the edge of the box. The no.7 spotted Kazuki Hashioka’s overlapping run on the right wing and laid it off to him to cross the ball into the six-yard box. With danger lurking, Syazwan Buhari was forced to parry the ball to safety. 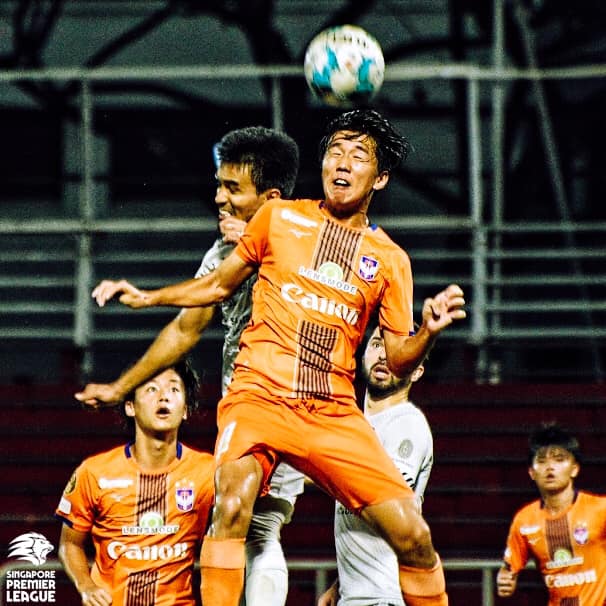 13 minutes later, the Stags custodian was on hand to save the day once again when he had to stop Kiyoshiro Tsuboi’s glancing header at the near post. Hashioka did well to shrug off his marker on the right flank to cross, but the White Swans were denied once more. The resulting corner saw Reo Kunimoto miss a big chance when his header hit the crossbar before Buhari claimed the loose ball.

The White Swans were still determined to find the winner all the way up to the death, but they were constantly unlucky and were unable to break the deadlock, with the Stags keeping things tight at the back. 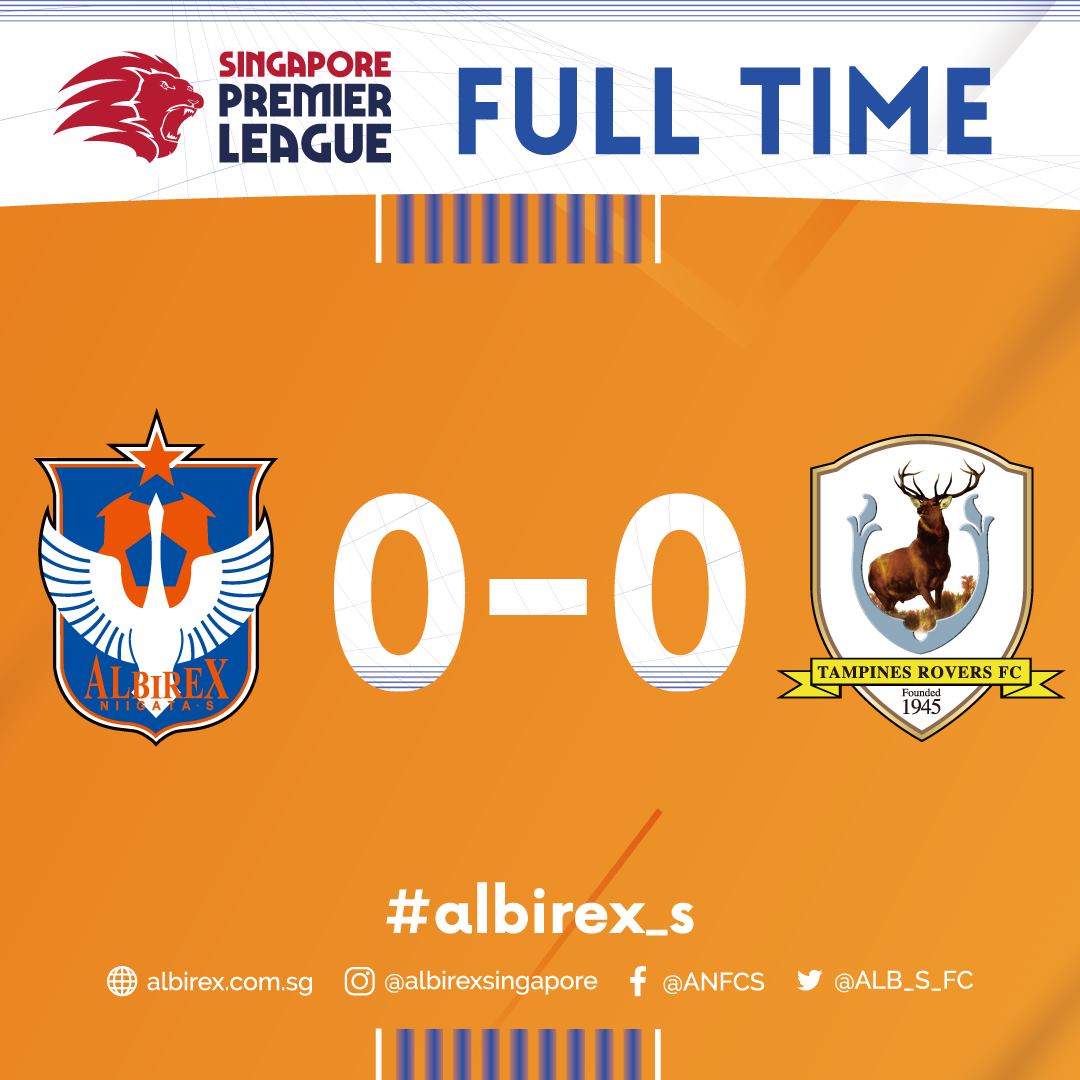 With the 0-0 stalemate, ANFCS still remain on top of the SPL table with 45 points — that's 3 points ahead of Lion City Sailors FC who will play Geylang International FC on Sunday (26 Sep) — while TRFC sit in 4th place with 26 points, securing a spot in next season’s AFC Cup. The Stags will host the Eagles in the final day of the season (10 Oct) at Our Tampines Hub, while the White Swans are set to face Tanjong Pagar United FC at the Jurong East Stadium at the same time.