Sport in Syonan: Triumph Over Despair - Chapter 5 | Reintroduction of Sport and Games

▶ Download: Sport in Syonan: Triumph Over Despair - Chapter 5 | Reintroduction of Sport and Games 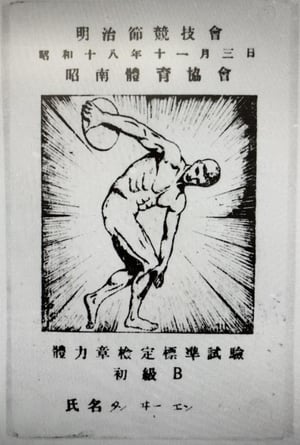 In August 1942, the New Malaya Celebrations was the first of landmark events designed to demonstrate a new hegemony. On the agenda were Football and Hockey, the two most popular team games.

In the national football competition, there was one team from each main community: Chinese, Malay, Indian and Eurasian. Under the watchful eye of referee Lieutenant Okomoto, the Malays competed against the Chinese for the football Mayor’s Cup.

Clearly the re-introduction of sport was a popular initiative. Each sport could convene its own committee to organise events, on condition that members of pre-existing and new clubs become official members of the Syonan Sports Association (SSA).

In consequence, membership numbers increased rapidly in 1943. However, women only became members in 1945.

Competitive sport under the SSA saw the execution of successful games and leagues, including football, hockey, volleyball, basketball and baseball, and even marathons.

Inter-School games were organised for football, netball and basketball. One aim for competitive sport under the SSA was participation in the Far East Olympic Games, together with Japan, China, and the Philippines.

The Syonan Marathon Race due in December for the Mayor’s Cup received 76 entries. It was a 10 ½ mile race from the Padang to Bukit Batok hill, where the Chureito Memorial to honour fallen Japanese soldiers was constructed.

Using sporting events with enforced audience participation was one way that the Japanese spread their words of dominance and proselytize their ideas.

A large-scale sports carnival was planned for the Meiji Setu Celebrations in November 1942.

The Emperor’s Birthday represented an opportunity to propagandize the Japanese way. Sportsmen from Penang were invited for friendly basketball, badminton and soccer games.

There were physical tests, mass drill and calisthenics that the youth were obliged to enter. 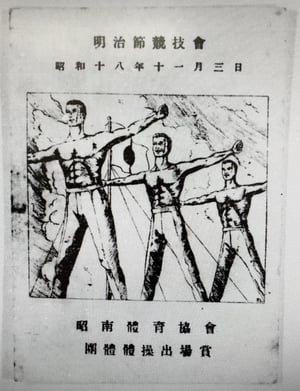 While the British introduced different sports for recreation, it was the Japanese who emphasised the significance of physical fitness, which was tied to military function.

Schools were not overlooked. Physical training became an element of teacher training, while physical exercise was introduced as a subject for pupils.

“Unlike the previous administration, the Nippon-zin themselves are doing everything in their power to foster the sporting instinct in each and every individual so that he may attain health and physical perfection through games, thereby helping to build up a strong and virile nation.”

The social elements of sport were gradually reduced in favour of physical fitness and personal responsibility to keep fit and healthy. A new identity and a redesigned approach to community sport were the aims. The mantra was ‘a healthy mind in a healthy body’.

“For the first time, formal testing of physical fitness was introduced into the culture of sport and physical activity of Singapore.”

“The SSA conducted a fitness test for its members during the Meiji Setsu Sports Carnival. Some 40% of the participants passed this battery of six test items:

- Long jump with a minimum distance of 3 metres;

- Throwing a hand grenade over 30 metres;