From the depths of war and the seaside at the west coast, a young Olympian arose. Born on New Year’s Day in 1925, and growing up at five and a half milestone Pasir Panjang Road, Chia Boon Leong went on to become a sporting hero for Singapore and Malaya during and after WWII.

Boon Leong lost both his parents in childhood and was in the care of his older brothers and relatives. He played with marbles and kicked about tennis balls in the yard with the kampong boys. He trained football at Pasir Panjang English School, which was located at Yew Siang Road, a street named after his father.

“In primary school, all the students played football matches barefooted.” 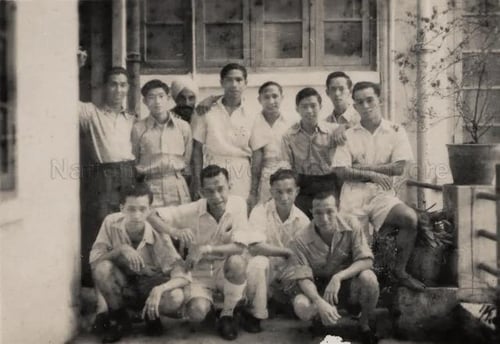 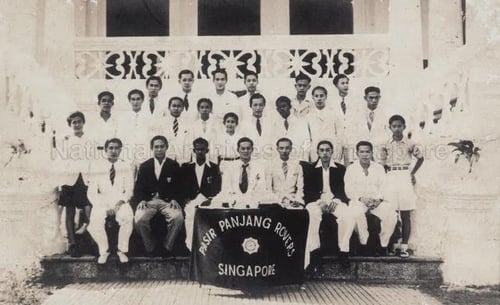 Sometime before the war broke out, the Pasir Panjang Rovers was formed. Boon Leong’s friend, Chua Boon Lay, encouraged him to play.

“I remember some soccer enthusiasts from Pasir Panjang who decided to form the Pasir Panjang Rovers team, and they are Chinese, as well as Malay and Indians. So they got together and formed Pasir Panjang Rovers just for the sake of playing friendly matches because the team being a cosmopolitan team, they are not eligible to play in any of the league organised by the Singapore Amateur Football Association (SAFA). At that time it was confined only to the communal teams (Chinese, Indian, Malay and Eurasians) and teams from the services side (RAF, Army and Navy).” 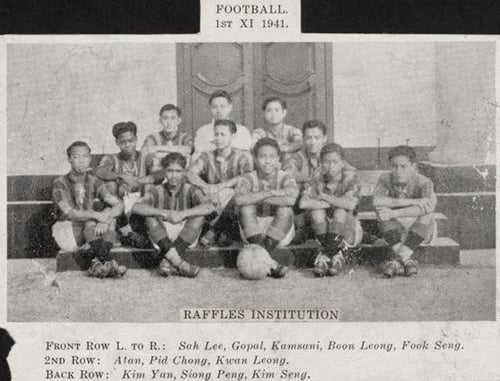 Boon Leong studied at Raffles Institution. When war broke out in December 1941, Boon Leong had just completed his Senior Cambridge exams. The bombings went on day and night. His family thought it would be safer to move to Tiong Bahru for a time.

When the British surrendered on 15 February 1942, Boon Leong had just turned 17. He was called in for ‘Operation Sook Ching’, a mass screening by the Kempeitai at an open ground at the corner of Tanjong Pagar and Cantonment Road. Being small-sized, he passed the screening and escaped the purge of anti-Japanese elements. Many others were taken away and killed, including a coach-player of the Pasir Panjang Rovers.

Two lanes away from Yew Siang Road was Pepy’s Road, where an open ground and an opium packing plant stood at the foothill of Bukit Chandhu. Boon Leong watched keenly as older boys played friendly matches against other kampong teams at Pepy’s Road field and at Farrer Park.

When war came, the youngster Boon Leong witnessed soldiers on vehicles plying Pasir Panjang Road. Little did he imagine that on eve of the Lunar New Year, on 14 February 1942, the historic final Battle for Singapore, fought by brave soldiers of the Malay Regiment and war hero Lieutenant Adnan Saidi, would take place at Bukit Chandu. 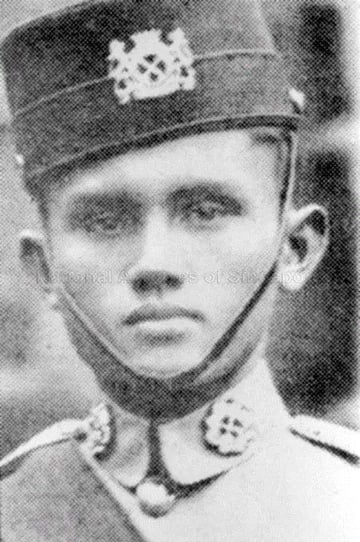 The Malay Regiment fought bitterly and held their stand to the last against a foe that vastly outnumbered them. Their heroic sacrifice is commemorated at Reflections at Bukit Chandu near the battle site.

Fortunately, Boon Leong was able to continue playing during the occupation. He was a member of the Rovers team that went through an eight-game league tournament for the Alsagoff Shield. There were charity matches, with the Rovers defeating the fancied Cosmopolitans, while raising funds for the various farming schemes by the Japanese.

In 1943, together with his friends, Chua Boon Lay and Chu Chee Seng, Boon Leong joined the Syonan Goodwill Tour that travelled by rail up to Malaya. The Syonan soccer team won all their games.

“The Rovers won all the major trophies offered by the Syonan Sports Association from 1943 to 1945.” 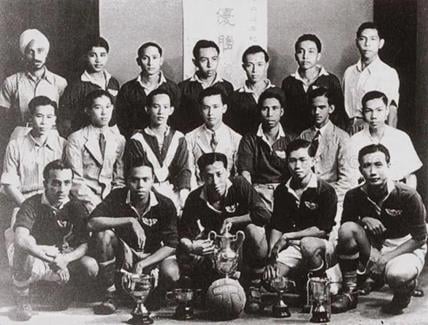 1943 (2603 Japanese Occupation date). The Pasir Panjang Rovers football team posing with many Cups they had won during the Occupation. Chia Boon Leong, a future Olympian nicknamed ‘Twinkletoes’, emerged post-war to reach the 1948 London Olympics. The sporting legend played a pivoting role in the Malaya Cup-winning teams of the 1950’s and represented Singapore at the 1954 Asian Games. Voted most popular player in Malaya, Chia is in the front row, second from the right. Source: Chia Boon Leong Collection, courtesy of National Archives of Singapore (Media - Image No: Media - Image No:20140000148 - 0228) 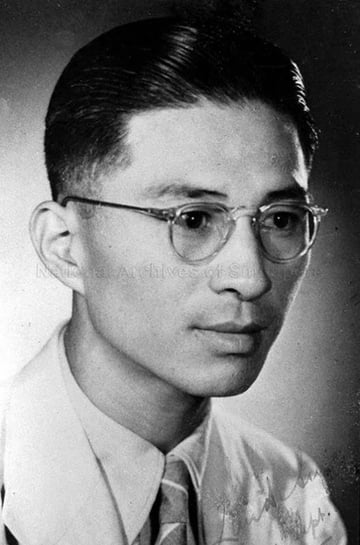 Force 136 member, Lim Bo Seng (Major-General) (1909-1944), a national hero of Singapore for his resistance to Japanese forces during World War II. Following in his footsteps, his grandson Lim Teck Yin served the nation as Brigadier-General in the Singapore Armed Forces, as well as a national water polo athlete and champion between 1985 and 1995. Lim Teck Yin now serves as the Chief Executive Officer of Sport Singapore. c.1940s.Source: Lim Leong Geok Collection, courtesy of National Archives of Singapore

In 1925, the same year that tiny Boon Leong was born, a young man of 16 years had arrived in Singapore to study at Raffles Institution, where Boon Leong later attended school. His name was Lim Bo Seng (Major-General) (1909-1944).

Bo Seng was destined to become a national war hero, after enduring tortures and sacrificing his life as a guerilla freedom fighter and resistance leader of Force 136, a special operations unit. Buried with full military honours at MacRitchie, the Lim Bo Seng Memorial at Esplanade was gazetted as a national monument in 2010. 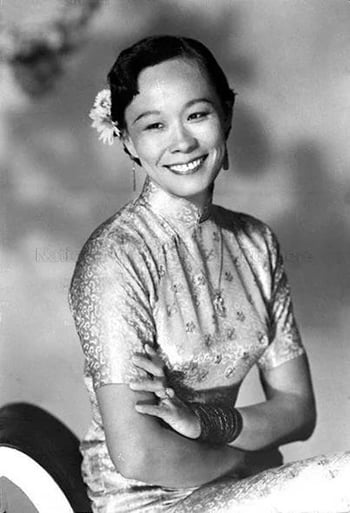 War-heroine Elizabeth Choy Su Moi, OBE (nee Elizabeth Yong Su Moi) (b. 1910 –2006). During the Japanese Occupation, Elizabeth worked as a canteen operator with her husband at Woodbridge Hospital. The couple secretly supplied food, medicine, messages, money and radios to British internees. The couple were caught, arrestedand interrogated by the Kempeitai. Elizabeth was subjected to 193 days of starvation and repeated torture. She refused to break and never revealed the names of anyone she had assisted. Post-war, Elizabeth was awarded the Order of the British Empire, and became the only woman member in the Legislative Council in 1951. A dedicated educator for many decades, she was the first principal of the Singapore School for the Blind in 1956. 14/03/1955. Source: Ministry of Information and the Arts Collection, courtesy of National Archives of Singapore (Media -Image No:19980001106 –0019) 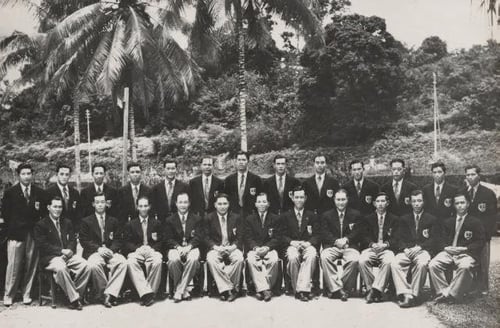 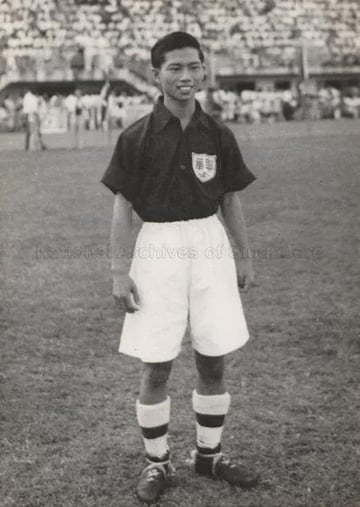