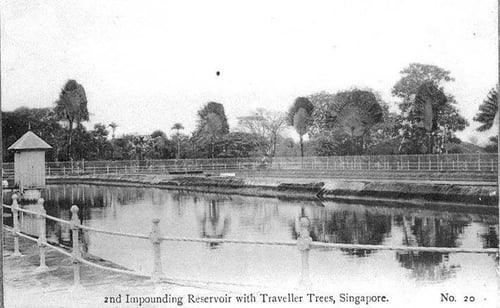 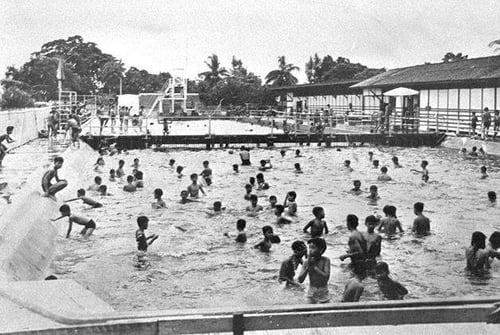 One of the few activities open to all during the Japanese Occupation was swimming. Mount Emily Swimming Pool was open daily with allocated times for different groups. Sessions were chiefly for men and boys. Women and girls could access only 2 sessions a week. Mixed bathing took place on Sundays and holidays.

A swimming competition was scheduled and there were events for Men, Women and Boys. The swimming carnival was due to be staged on 3 October but was postponed to 7 November 1943.

Boxing for Entertainment and Fund-raising

As the occupation moved forward, boxing became a chief form of entertainment. Gate money was collected and there was betting. An innovation occurred in June 1943 – which was to donate proceeds from amateur boxing matches for charity.

A second major innovation in the sporting culture occurred in September 1943. Women would be allowed to join the Syonan Sports Association and participate in their chosen sports. The committee made special provisions for an extension to the clubhouse – a room for women.

The introduction of judo, kenjutsu and other martial arts at the 'Butokuden' in the Syonan Town Hall (Memorial Concert Hall) meant a widening of available activities.

Food Cultivation at the Padang

There were plans to create a New Syonan sports organisation with sports fields and amenities. However, as a stark reminder of wartime shortages, it was announced that any open spaces would be dedicated for food production.

With a touch of irony, members of the Free Labour Service Corps of the Syonan Sports Association were detailed to till and cultivate the fringes of the Padang with tapioca and sweet potato plants. 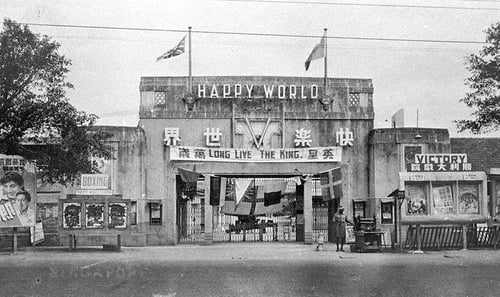 Happy World (opened 1937, renamed Gay World in 1964) was one of three popular amusements parks built before WWII, known for entertainment and sporting matches, especially boxing and wrestling. Ticketing booths for Victory Theatre was on the right, and for boxing on the left. During WWII, it was used as a gambling den and later converted it into a Technical School for Aeroplane Works for youths. Post-war, it was a venue for the 7th Southeast Asian Peninsular Games. 1940s. Source: Lim Kheng Chye Collection, courtesy of National Archives of Singapore (Media - Image No: 19980005879 – 0034)