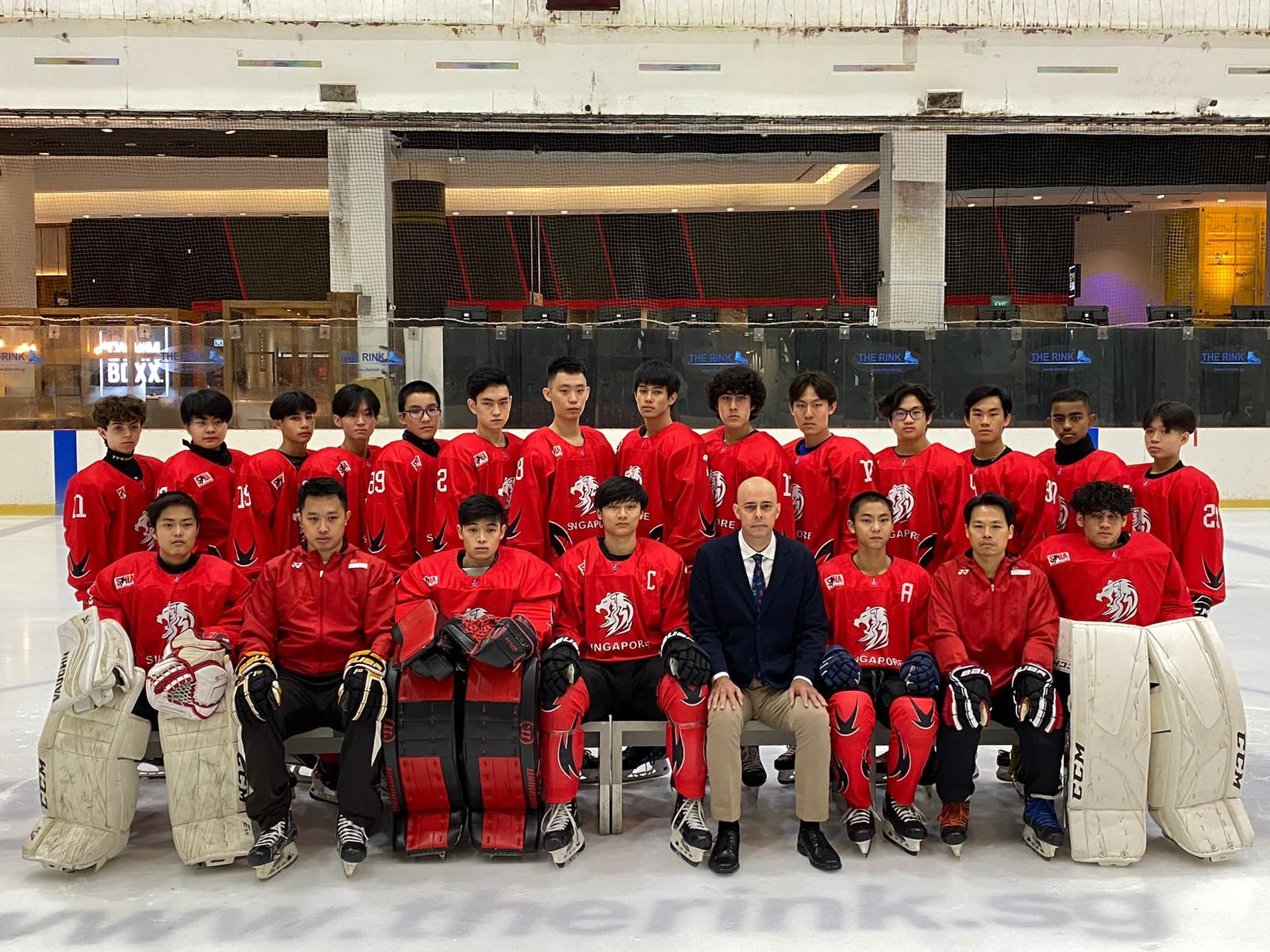 (Team Singapore bound for Bangkok to compete at the 2022 IIHF Ice Hockey U20 Asia and Oceania Championships. Photo Credit : SIHA)

Singapore's Ice Hockey Association, is sending its senior youth squad to compete at the 2022 IIHF Ice Hockey U20 Asia and Oceania Championships. Organised by the International Ice Hockey Federation (worldwide governing body for ice hockey), the week-long event is the maiden international competition for the Republic's youth squad.

Originally scheduled in February 2020 under IIHF Challenge Cup of Asia which has since been renamed, the event was eventually cancelled due to the pandemic. This time, the tournament will take place in Bangkok, Thailand from 25 June to 2 July 2022. Singapore will compete against Hong Kong (China), India and Indonesia under Group B while Malaysia, Philippines, Thailand and United Arab Emirates will play under Group A.

Our youths currently train with the Men’s National team, who clinched its first historic bronze medal for the country in the top Men’s Division of the 2019 IIHF Challenge Cup of Asia. And they also ended that same year with a silver medal at the Southeast Asian Games. This year though, the Men’s Team made their debut in the international arena with a well-fought podium finish of 3rd placing in the IIHF World Championship Division IV international ice hockey tournament in March. 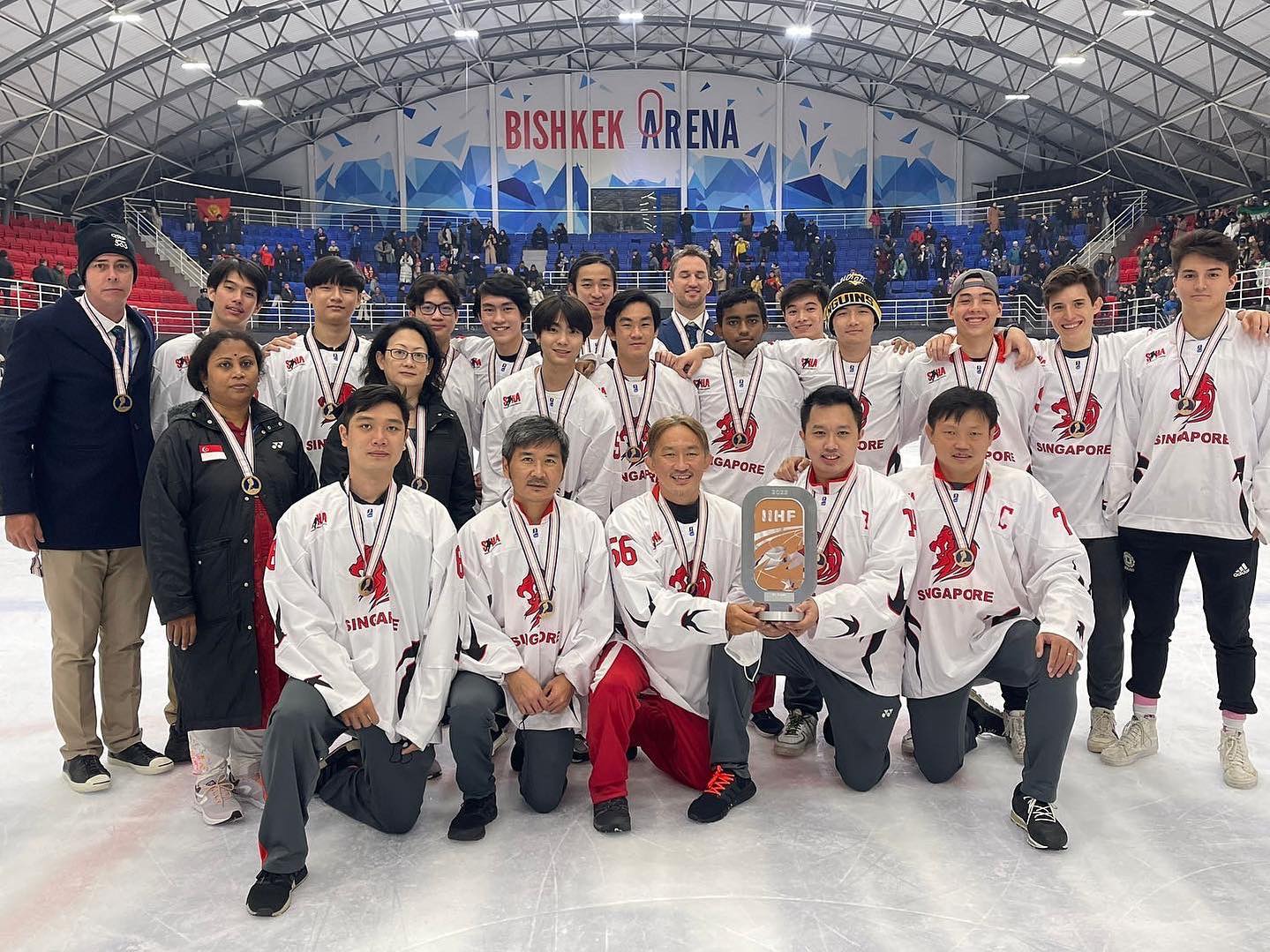 Not to be outdone, our U15 squad also won silver for two years running from 2018 in the Southeast Asia Youth Cup.

Said Joewe Lam, Director of Men’s National Ice Hockey Team and Coach of U20 and U15 teams, “We are spurred to see our training and efforts come to fruition. We will continue to grow the team, elevate the sport in Singapore and fly the Singapore flag high on the world stage.” 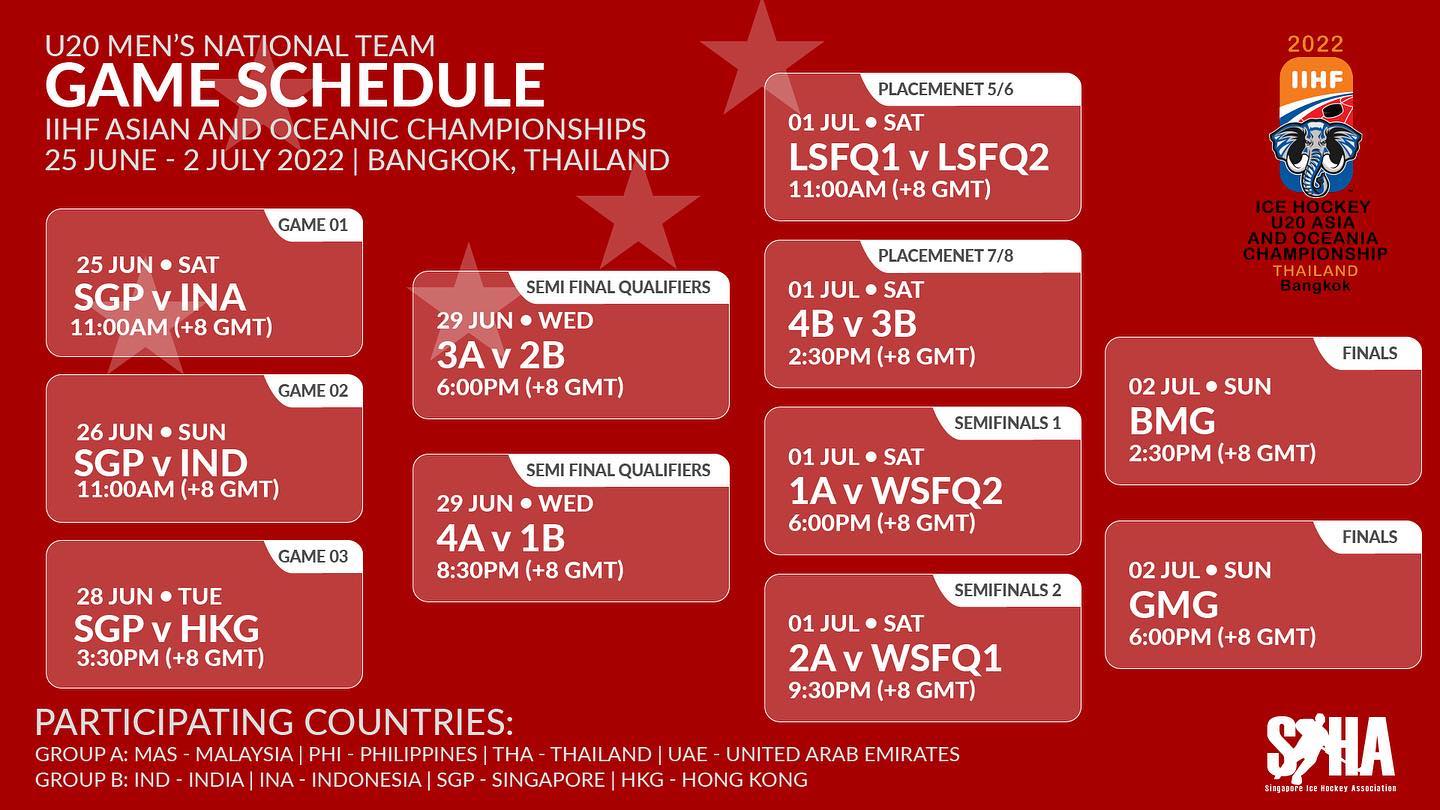