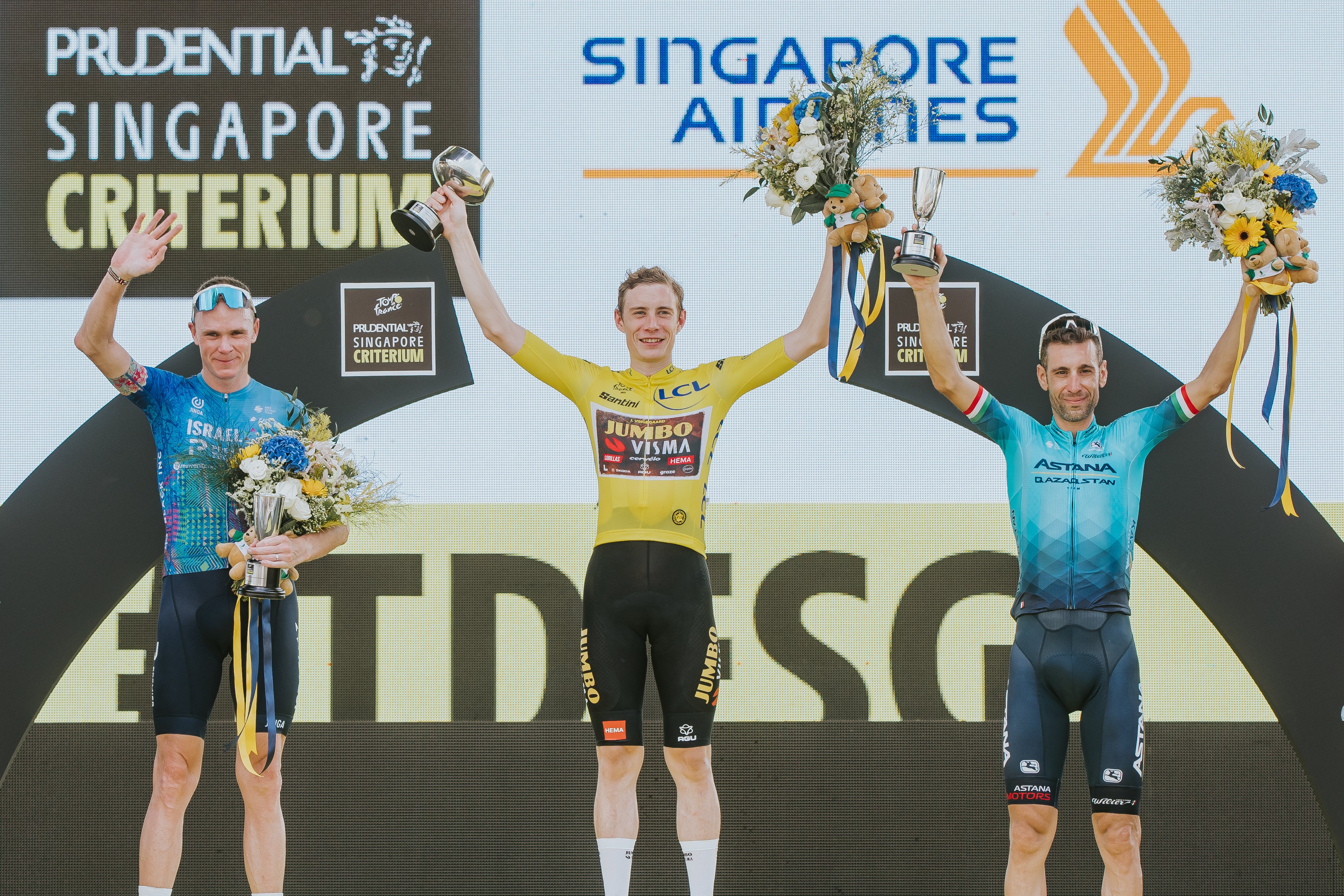 Reigning Tour de France champion Jonas Vingegaard made history in Singapore on Sunday (30 October) after being crowned the first-ever winner of the Tour de France Prudential Singapore Criterium. The 25-year-old Jumbo Visma rider raised his arms aloft in triumph as he crossed the finish line in 1:19:47, after fending off attacks from a field that included the likes of four-time Tour de France winner Chris Froome, multiple Grand Tour winner Vincenzo Nibali and sprint king Mark Cavendish.

The race took place on a specially designed street circuit in the heart of the city, flagging off and ending at The Float @ Marina Bay. The riders battled the heat as they completed 20 laps of the 3.2km route that took them past iconic Singapore landmarks including the Merlion and the Esplanade.

Reflecting on the race, Vingegaard said: “It was actually a very hard race in the end, luckily I was in the final breakaway. There were a lot of different breakaways during the race. Luckily I got away actually, I thought that maybe it would’ve been a sprint in the end, (but) I got away and I managed to win. It’s been a great season, to be in yellow in July and still in yellow here, I’m very happy about the season. It’s very hot here and also very humid, and in the end I handled it quite well, I’m just happy. I also think my teammates did a good job today.” 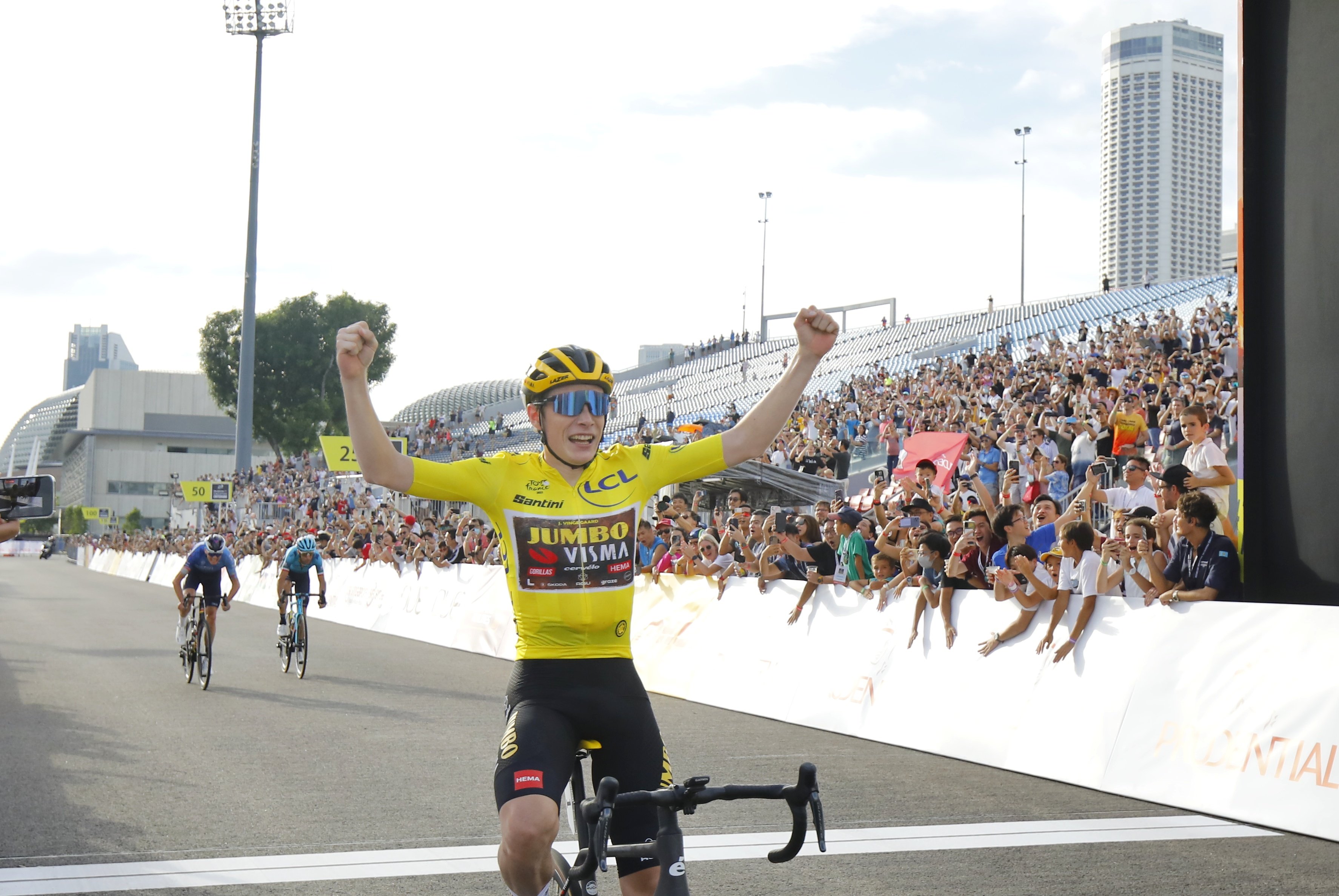 Vingegaard, who won the Tour de France in July, believes cycling is set to grow in Southeast Asia, as he added: “I think it’s going to be very big, I’m so happy to see so many Singaporeans (here) and ready to ride their bikes, and hopefully it helps with that.”

Mr Dennis Tan, CEO, Prudential Singapore, said: “Congratulations to Jonas Vingegaard and all the cyclists! This was truly an exhilarating race and a celebration of the best in the cycling world. Our success in drawing international participants and a diverse audience cements Singapore’s status as a global destination for competitive sports. Promoting a healthy and active lifestyle has always been important to Prudential, and our title sponsorship signifies our commitment to encouraging people to live better and get the most out of life. Prudential is honoured to be a part of this exciting and historic event that has provided a memorable race experience for the athletes and fans.”

Men’s Masters champion Brittain, who is also an Olympic gold medallist (he won the lightweight coxless fours event at the 2012 Olympic Games), was “absolutely pumped” after his victory in the Amateur Criterium. He said: “The race plan was to be aggressive on the start, and just try and split the bunch up a little and then sit in for the middle of that, and that's what I did. I thought I'd made it earlier with the breakaway but no one was really attacking. Eventually we went through some of the tricky turns, and I just had to go for it myself.

“I think Singapore cycling is just getting better and better. Last week, I was racing in Malaysia, and there's a whole big Singapore team. And they were really strong young guys as well. So I think the future of the sport is bright; if it wasn't bright, then the Tour de France wouldn't be bringing their event to this fantastic city. It’s just a wonderful experience all around and thanks to the tour for coming here.” 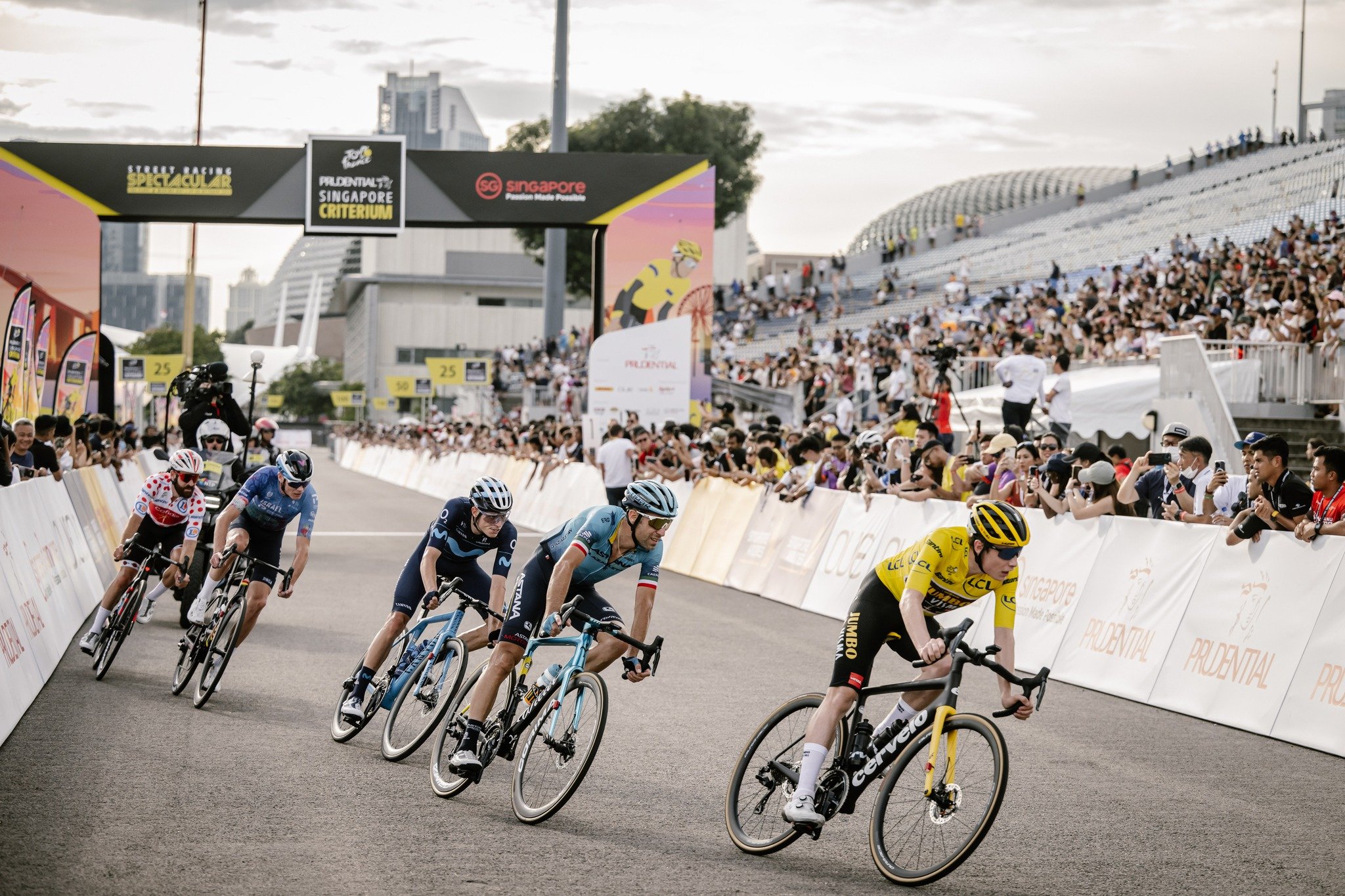 Men’s Senior winner Luqmanul Hakim, who rode his competition bike for the first time just three days ago, had an enjoyable race too. The 24-year-old Fishtail Cyclery rider congratulated all participants, adding: “It was a very nice rolling type of race because it was relatively flat. What I had in mind was to be a bit conservative because some of my friends were racing with about 4 or 5 teammates so I didn't want to burn (out) too early so I took a gamble to stay at the back. There were a few close shaves but fortunately everyone finished the race safely, so all in all it was a very nice race.”

Women’s Open champion Liau, who represented Pedaling Eggs Cycling Club, said: “I actually didn't know who won initially, but it was quite close, so I'm happy about this. Yiwei is a very strong rider, so it's a privilege to be able to race next to her. I came into the race with no plan, it was kind of a ‘go with the flow’ approach. One of the riders just went ahead so I tried to follow because you don't want to underestimate anyone in the race. Being the first Tour de France event in Singapore and having the privilege to race in it … I feel quite proud. It's been a good race, nice criterium loop, something you wouldn't get to do if there wasn't a race here. (Such races are) a good platform for women's cycling to grow and I hope that there will be more races in the future.” The community also got to enjoy the circuit through the various community rides. Participants of the Brompton Community Ride dressed in their costumes of choice as they rode through the circuit, while the Prudential Criterium Challenge also took place on Sunday.