Why You Should Be Trying: Hara Hachi Bu 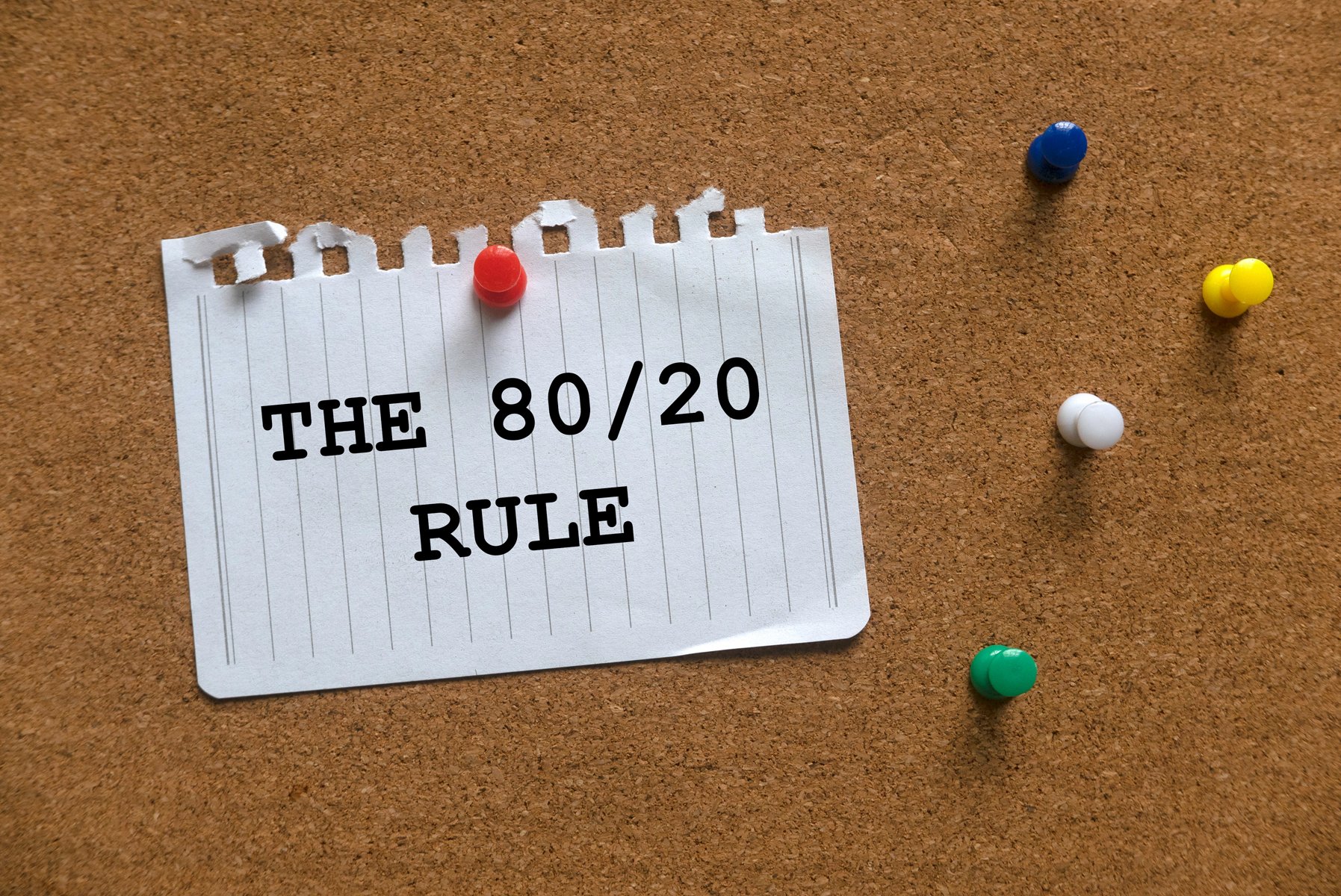 If there were a simple way to increase your lifespan, virtually eliminate cancer, decrease all forms of chronic disease, and age at half the rate you are currently ageing, would you want to know what it is? Well, there seems to be a way to do just that - calorie restriction.

Not to be confused with starvation, research has shown that calorie restriction is a consistent and reproducible method of prolonging life and vitality in every animal species tested (from aquatic organisms to primates).

Interestingly, only one human population that we know of has a self-imposed habit of calorie restriction - the Okinawans, one of the longest-lived populations in the world. In fact, Okinawa is one of the 5 blue zones (regions of the world thought to have a higher than usual number of people living much longer than average), and the only Asian one with that coveted title!

Claims about the composition of the Okinawan Diet, as well as the speculative effects, are subject to fierce debate. What most agree on is the secret Okinawan food consumption technique - Hara Hachi Bu.

Hara Hachi Bu is basically the practice of eating until one is 80% full. I call it leaving room for a non-existent dessert. But semantics aside, this proven strategy makes sense biologically.

It takes the stretch receptors in your stomach about twenty minutes to tell the brain how full you really are. In other words, you will actually feel fuller twenty minutes AFTER you put down your fork.

So, if you were to eat until you feel full, each meal can go up to 20% in overcapacity. Your stomach stretches a little bit each time to hold the extra food. As it stretches, you need to eat more next time to get the same levels of satiation. Over time, it extrapolates into a vicious cycle.

By practicing Hara Hachi Bu, you avoid overeating and the subsequent effects of consistent bloating.

How to: Hara Hachi Bu

Think Hara Hachi Bu - in fact, make it your new mantra - and you’ll have a better chance of winning the battle of the bulge. To put this into practice is to eat until you’re no longer hungry, not until you’re full. Same same, but different. Here are some tips you can employ to help you get accustomed to Hara Hachi Bu.

Focus on the food 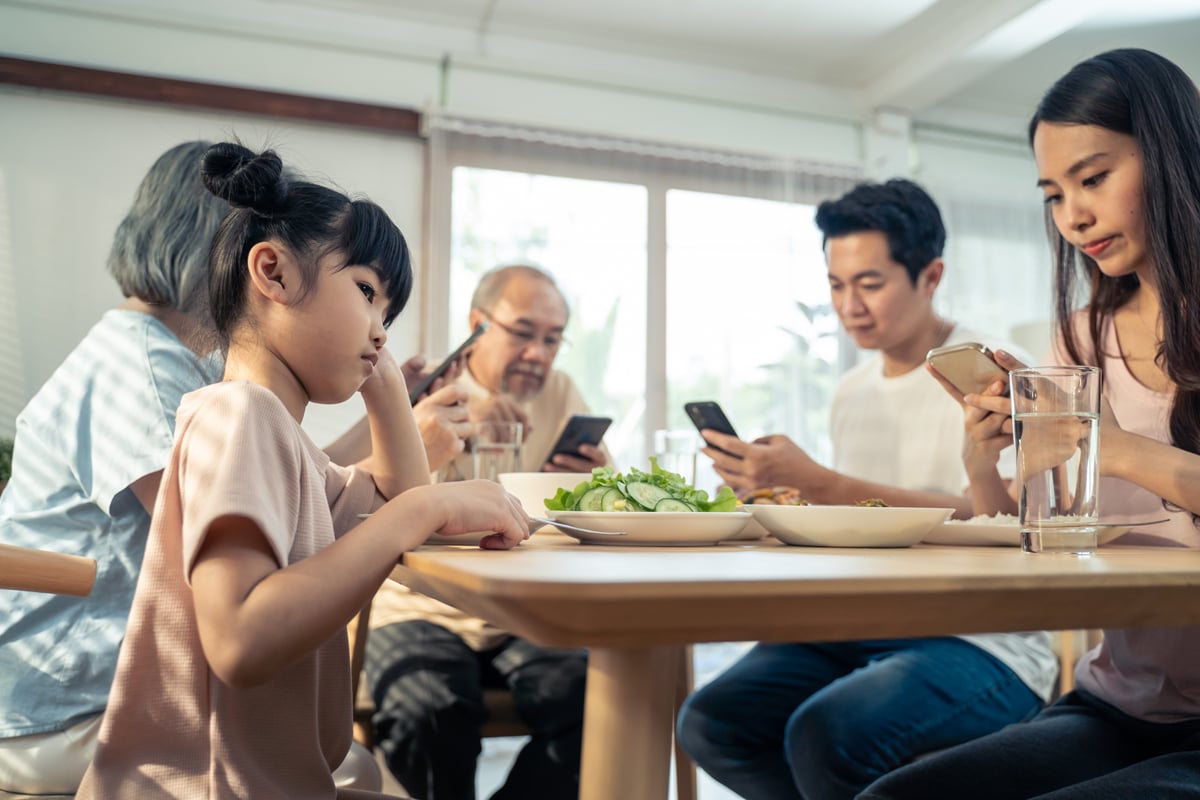 The hectic schedules that we lead make it such that we often neglect to pay attention to our bodies when eating - our eyes are often glued to a screen as we eat. So keep those screens away, at least during the early days of Hara Hachi Bu, so that you can better pick up on when you are no longer hungry. 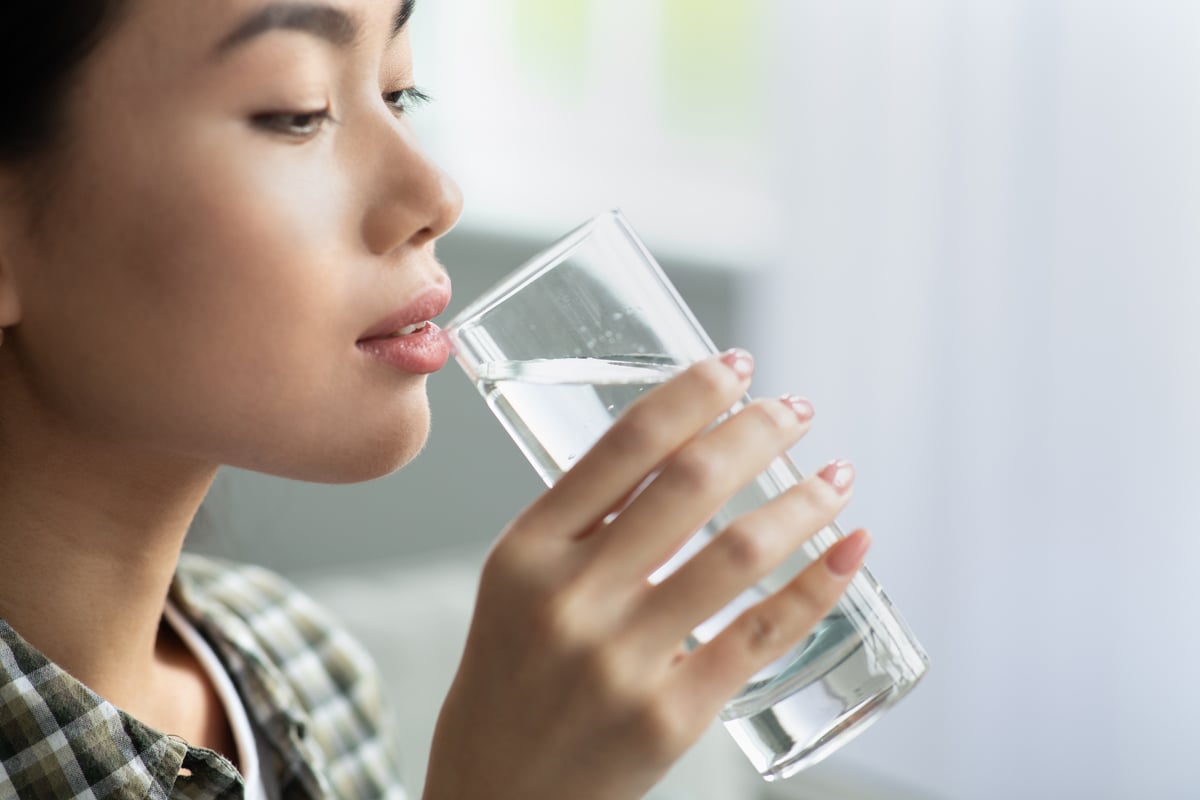 Half full water bottle, drink up! Who knew this BMT memory would come in useful later in life? Drinking water before your meal decreases your appetite, keeping you from eating too much. You don’t really have to down that much water though, but props to you if you want to relive your BMT days. 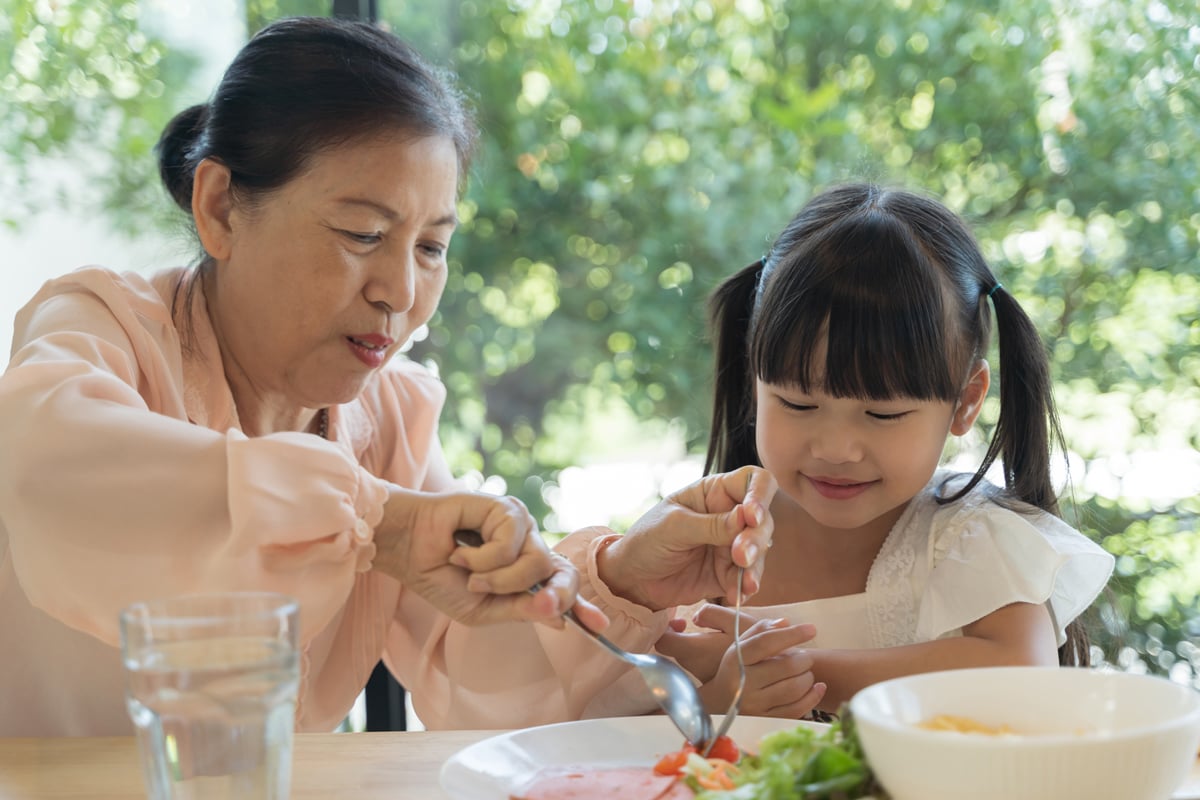 Wolfing down your food easily results in eating more - SLOW DOWN! Allow your body to respond to cues, so you know when you’ve stepped out of hunger. This strategy can also help you cut your snack indulgence! 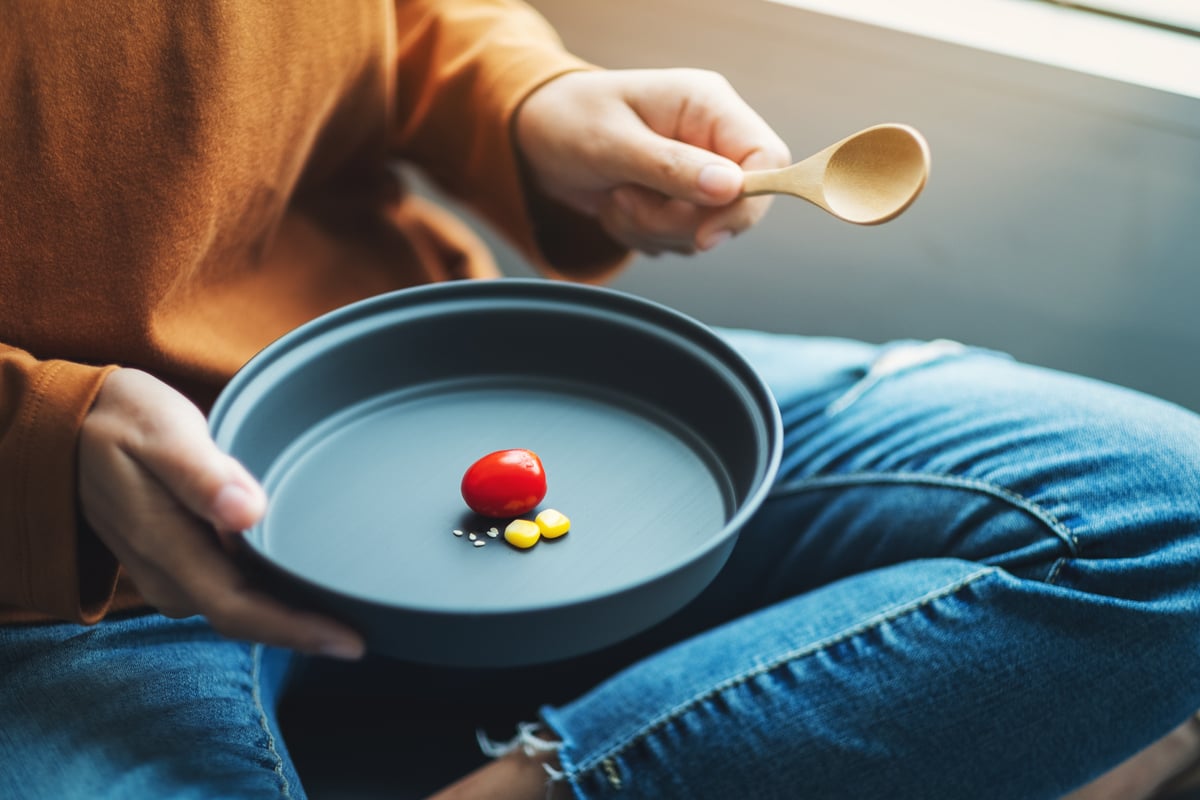 In Okinawa, serving sizes are about two thirds to half the size of what you’d expect in Western civilizations. An indirect method to achieve that is to utilize smaller plates. Carry less, see less, eat less.

The best thing about practicing Hara Hachi Bu is that (at the very base) it doesn’t require you to stray from your regular routine. And once you have figured out what is your Hara Hachi Bu point, meal prep and/or food ordering naturally falls into place as you adjust to the reduced serving size!