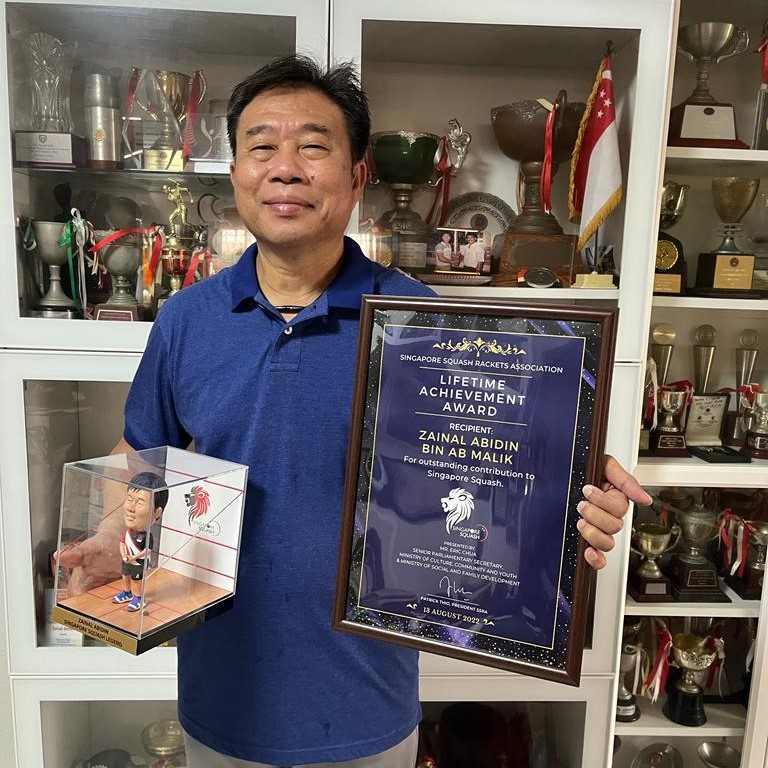 Zainal Abidin with his Lifetime Achievement Award from the SSRA in Aug 2022. Photo Credit : SSRA

His playing and coaching career in the sport of Squash spans across 4 decades! Amongst his playing accomplishments were 3 Southeast Asian Games gold medals, a 6-time competitor at the World Championships and a national champion for 11 years! And just a few weeks ago, Zainal Abidin received his Lifetime Achievement Award from Singapore's Squash & Racquets Association (SSRA).

At the inaugural Squash Ball 2022 (13 Aug) event to celebrate the belated 50th Anniversary of Singapore Squash, the SSRA announced its very first recipient of the Lifetime Achievement Award. The accolade is in recognition of Zainal's outstanding contribution to the sport – putting Singapore on the world stage of international squash, bringing glory to the nation through squash, and still contributing to the sport as part of the national coaching setup. 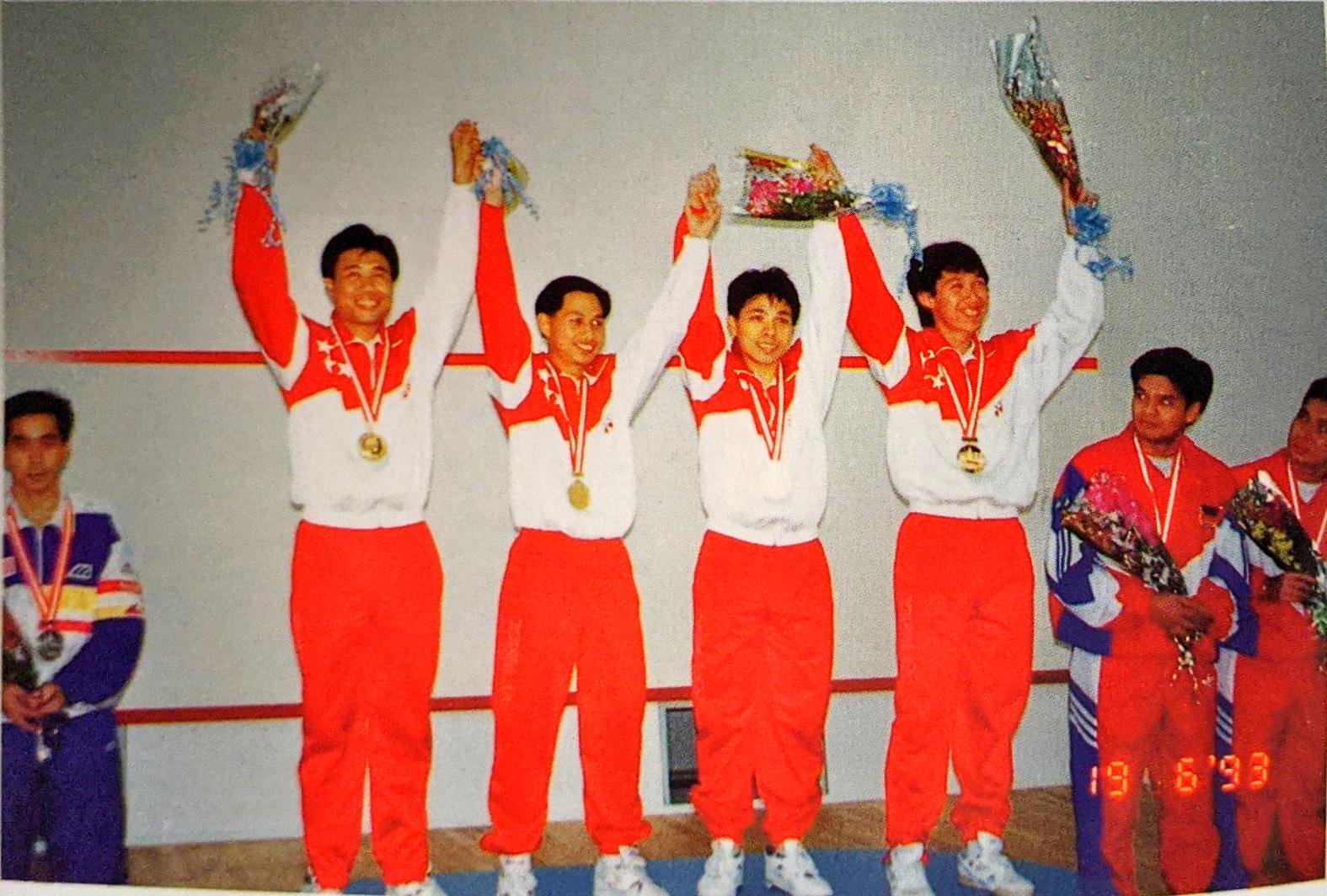 The 9-time East Asian Champion and 1986 Sportsman of the Year said: “I am truly honoured and comforted to receive this Lifetime Achievement Award. I discovered squash when I was a National Serviceman at the Police Academy. I found a wooden racket that was thrown in a dustbin near the squash courts. I could not afford to buy one so I took the wooden racket even though it was warped. To me, it was a blessed opportunity and that was how I started".

The 65 year old legend further added, "I observed how other people played squash and tried to follow them. I found a squash ball someone left behind in the court and tried hitting it. But it came with a challenge because the racket was warped. If you don’t hit it at the correct spot of the warped racket, it goes flying in different directions. So, I had to adjust and play with feel. Watching how others hit the ball, I just imagined. I tried to copy and figure out for myself, how they do the swing and I just practised on my own.

Most of my life is about squash – playing squash, training, playing in competitions, meeting friends and wherever there is squash, I will do. My dream is to be at the top and I worked really hard to win competitions and I am very proud of my achievements. My biggest moments are winning the 1986 Sportsman of the Year and winning the 1989 Penang Open, because it involved beating 3 professional players that were highly ranked in the world. In the final, I beat Ross Norman the world champion who was defending his title. So, it cannot be a fluke, it takes real hard work for me to win that competition," said Zainal.

SSRA has also commissioned Ms Rilla Melati Bahri, award-winning author of children’s picture books and Director of Mini Monsters to write a children’s picture book about Zainal Abidin and his love for Squash. The English-language picture biography book which includes Malay phrases is planned for publication by end of 2022.